Corbyn keeps his promises, even if that means keeping the Queen waiting - Canary Workers’ Co-op 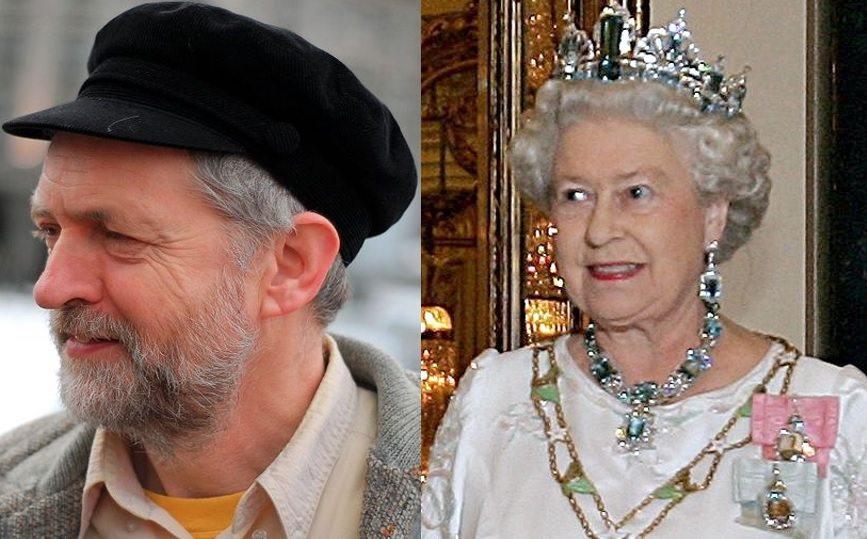 Much of the mainstream media is having a fit of the conniptions today at news that Jeremy Corbyn turned down the invitation to the official joining ceremony to the Queen’s Privy Council. But as a well-known, and proud republican – he’d have been a hypocrite to do anything else.

The Privy Council is a concept more in-step with Game of Thrones than modern Britain. The Council consists of 500 members hand-picked by the Queen, the great and the good of the Commonwealth. Members are normally inducted to the Council through a ceremony in which they kneel before the Queen and kiss her hand, but can be appointed without this ceremony with a simple order to the Council. Most high profile public figures opt for the pomp and circumstance. They kneel, kiss the Queen’s hand, and swear to defend her against ‘all foreign princes, persons, prelates, states or potentates’. They must also promise ‘not [to] know or understand of any manner of thing to be attempted, done, or spoken against Her Majesty’s person, honour, crown, or dignity royal’.

In light of his republican views, Corbyn opted to skip the ceremony.

The Leader of the Opposition must join the council to access briefings from security services, and Labour have confirmed that Corbyn will join the Council.  However, he will not take part in the confirmation ritual whereby he kneels before the Queen and kisses her ring. Instead, he spent the day out and about, serving his constituents.

This lack of deference sent the conservative and (purportedly) liberal media into a tailspin of derision. But while the press screamed blue murder, thousands took to social media to subvert the label by expressing their support for Corbyn.

Man not keen to kneel/kiss hand of woman, who’s only there by accident of birth, to join secret sect and he’s the weird one? #PrivyCouncil

OMG @jeremycorbyn accused of putting his constituents and politics before a non elected entity that lauds over us. Bravo Jezza #PrivyCouncil

PM waited 3 months before attending #PrivyCouncil Why make an issue of Corbyn not rushing to attend at earliest opportunity? #wato

Don't worry about Cameron flogging off the nations assets, culling the vulnerable. Look at that disgraceful republican. #PrivyCouncil

The most recent YouGov poll on the matter showed that while a majority of Britons do not feel sufficiently anti-monarchist to abolish the Royal Family, Cameron and fellow Conservatives would do well not to force the issue. While The Queen and William and Kate enjoy popular support, the public are united in their view that the monarchy needs to be slimmed down.

But whether you are a democrat or a monarchist, why would any sane person living in 21st century Britain actively defend prioritising patronage over public service? It appears that we have become so used to politicians saying one thing and doing another, that perhaps the most radical thing about Jeremy Corbyn, is that he keeps his promises. That’s sad for our past, but a note of hope for the future.