David Cameron has announced an 'assault on poverty', his first act should be to resign - Canary 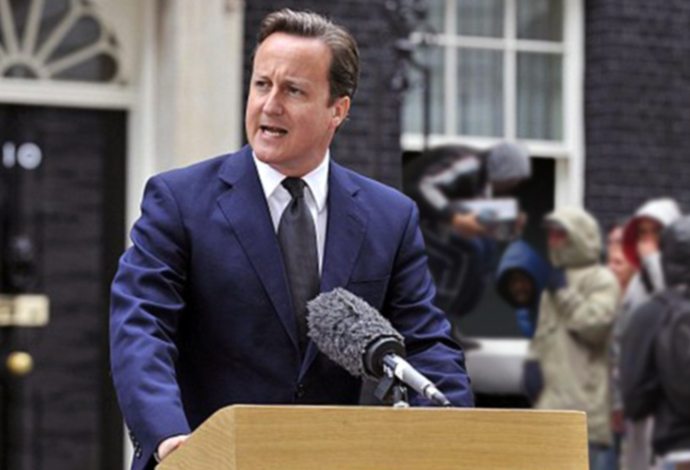 David Cameron has announced an ‘assault on poverty‘. Given everything he’s doing to increase poverty, his first act should be to resign.

During Cameron’s premiership, there has been a drastic increase in people relying on food banks, with over 1 million people forced to use their services. The Conservative party is planning on getting rid of free hot school meals for children between 4 and 7,  which is likely to cost parents around £400 per child a year. Iain Duncan Smith also announced that the government was abolishing the child poverty target. This will push people into using food banks and certainly doesn’t sound like an ‘assault on poverty’, but an assault on people in poverty.

Sadly, damaging welfare cuts have affected people with disabilities and single mothers disproportionately higher than other, less vulnerable groups. People with disabilities have had an almost 30% cut in support while people already in poverty have seen almost 40% of their support slashed too. If Cameron is serious about preventing poverty, it is imperative that help is given, not taken from, those that need it the most. But it didn’t end there:

Poorly paid workers need support, not cuts and sanctions. In Cameron’s Britain cuts are all they’re going to get. To give just one example of the unfair and arbitrary benefit cuts happening under Iain Duncan Smith, an army veteran had his Jobseeker’s Allowance stopped because he was collecting money for the Royal British Legion. Even a senior Conservative has said “the sanctions are a worry, and do need to be looked at”.

Stephen Timms made the important point that another promise has been broken:

The prime minister promised that a government he led would – I quote – ‘act on relative poverty’. Why is that promise being broken?

While non-working, working and middle class Britons see their wages and welfare cut, the richest 300,000 have had their tax rate cut by five percentage points; the former is paying for the latter. Those with the least are making sacrifices they can ill afford for those with the most to have more. Whatever you call that, it certainly isn’t an ‘assault on poverty’.