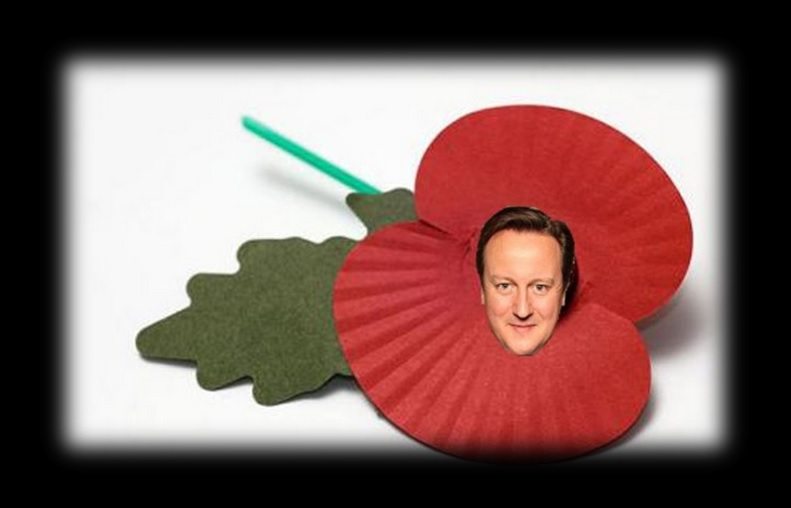 Twitter users have caught David Cameron committing a truly cringeworthy act of Photoshop patriotism. In the perfect metaphor for his fake national pride, David Cameron had a poppy photoshopped onto an existing image of himself to appear authentically patriotic as Remembrance Day approaches.

Needless to say, Twitter set alight when the gaffe was discovered.

No.10 photoshop a poppy onto old pic of David Cameron. (h/t @dylanhm) Imagine if Lab had done this to Corbyn pic..? pic.twitter.com/TtUISMRbze

And since then, the floodgates have opened as Twitter users lined up to mock Cameron.

I see NO evidence that David Cameron’s poppy pic was Photoshopped. People need to stop jumping to conclusions. pic.twitter.com/xISpGwESD1

Then there was this…

Number 10's first crude attempt to photoshop a poppy onto an old pic of David Cameron was an even bigger blunder. pic.twitter.com/AXFyG2CcVU

And of course, the inevitable finally happened.

They finally really did it … You Maniacs! You photoshopped David Cameron onto a poppy! God damn you all to hell! pic.twitter.com/p6o0LCsvvB

Someone in Downing Street has quickly found an actual picture of Cameron wearing a poppy. https://t.co/uAhb8lKzPI pic.twitter.com/7Xe8AxMqHk

But something tells us the damage is already done. Every now and then, a minor gaffe serves to epitomise the failures of a politician. Neil Kinnock falling over on the beach, Thatcher snatching the milk, John Redwood ballsing up the Welsh national anthem. This gaff by Number 10 has summed up Cameron’s photoshop patriotism. Talking big on British Values, while undermining the very best which the country has to offer – public service, sharing our wealth, compassion to our neighbours and a friendly welcome to newcomers.