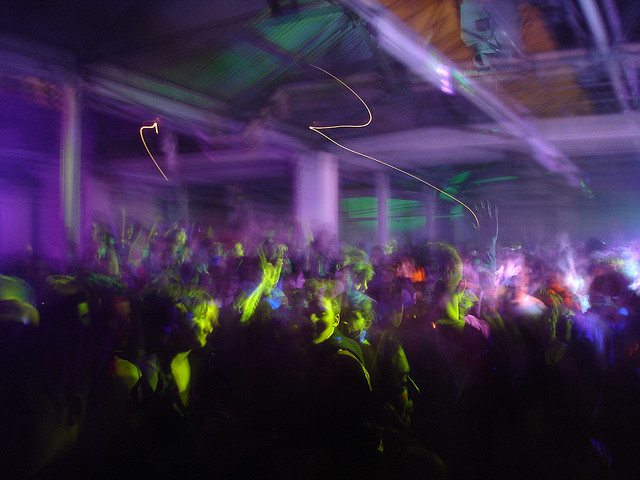 The media is whipping itself into a frenzy over ravers allegedly attacking police officers, following the operation to close down the ‘Scumowe’en’ rave in London. However, serious questions must be raised as to whether the police contributed to the situation in a way that made violence inevitable.

Problems arose after the police decided to shut down the party, blocking off roads, and trying to prevent people getting into the rave. According to Guardian Cities correspondent, Bradley Garrett, who was present, “about 500 people got into the event, and then the police started closing the street.”

They turned up in full riot gear and created a huge bottleneck. There must have been 1000 people trying to get in. The police turned aggressive very fast.

According to organisers, the police were “bashing people senseless”, one person was bitten by a police dog, and police ignored all attempts at negotiation.

This is also backed up by Bradley Garrett who said:

People were trying to rationalise with them, saying it’s better to let people in, otherwise this is going to create a mess in the neighbourhood.

This video shows one person being hit with a police baton as the crowd tries to run through the police lines, even though he is not being violent.

There is no doubt people fought back, throwing missiles, including planks of wood and a fire extinguisher. However, whilst it is easy to dismiss and condemn these people as “an angry mob“, it is worth pausing to consider how you would feel if you had just witnessed your friend being beaten with a baton, or bitten by a dog, just for trying to get to a party.

Raves are illegal under the Criminal Justice and Public Order Act 1994, but there have to be concerns about whether the police response was proportionate and whether these scenes in Lambeth were avoidable. Bradley Garrett thinks so:

It seemed to me the easiest solution would have been to let people go into a building to contain it. It was certainly badly handled.

In the worse case scenario, this was a manufactured policing operation, designed to instigate a public order situation, needed by a police force desperate to defend itself against cuts. At best, it was an ill-conceived, bungled operation, which put lives in danger in the name of health and safety. Either way, instead of blindly criticising the rioters, we should firstly be demanding clearer and more honest answers from the police.