'Crack and Cider' to help the homeless - Canary 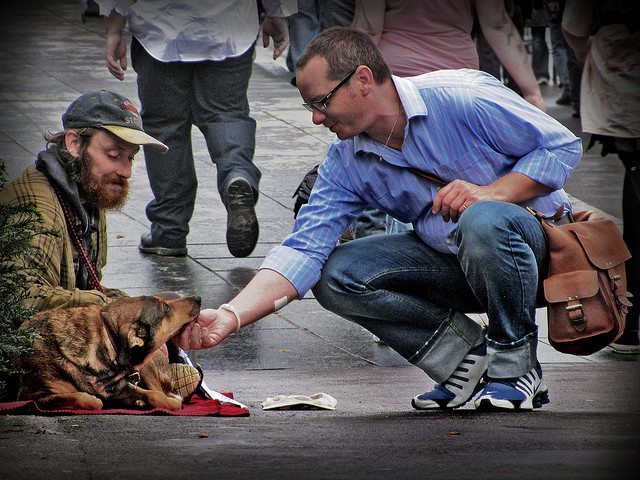 Crack and Cider, the “world’s first shop for the homeless”, will open in Hackney on Wednesday. Customers will be able to purchase useful items for rough sleepers, such as jumpers and jackets, which will then be distributed via a network of local shelters in time for Christmas.

The pop-up shop, located within lifestyle store One Good Deed Today, will be open for a month. Those unable to visit in person can purchase goods online until 12 December. The initiative was developed by Charlotte Cramer and Scarlett Montanaro as a way for people to help the homeless without directly giving cash.

The name of the enterprise was inspired by a conversation the creators had with a local rough sleeper, who told them:

People don’t give me money because they just think I’ll spend it on crack and cider.

This suspicion is not uncommon in the public when faced with rough sleepers, and Crack and Cider is an attempt to overcome that barrier to giving.

Homelessness has risen massively under the Conservatives. Government figures show a 55 per cent rise since 2010, with local agencies reporting that 7,581 people slept rough in London throughout 2014/15.

Some businesses have responded to the rise with the installation of controversial anti-homeless spikes. In response, a collective called Space, Not Spikes turned spiked areas into beds. Meanwhile, architect James Furzer created an award winning design for homeless pods which could be attached to buildings.

There are many different factors that may lead to homelessness, including mental health issues, family breakdown or abuse. There also tend to be a high number of rough sleepers from institutional backgrounds, such as military personnel.

Structurally, of course, a lack of social housing is a contributing factor, and one that is unlikely to be helped by the governments enthusiasm for right-to-buy. As Katharine Sacks-Jones, head of policy and campaigns at homelessness charity Crisis has said:

Behind these numbers are real people struggling with a lack of housing, cuts to benefits and cuts to homelessness services to help them rebuild their lives.

This growing problem needs to be properly addressed by the UK government, and they should learn from the creative approach being taken by their citizenry in the examples given above.

The government are inventive enough when they want to be. The current proposal to allow commercial space to be converted into housing, for the benefit of private developers, illustrates that. Lets now see them use that innovative spirit to help the less fortunate – it is, after all, their citizens they should be beholden to.