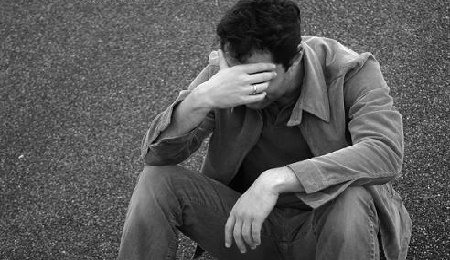 A severely mentally ill and suicidal man was left without a hospital bed for three days due to lack of capacity in his local psychiatric ward.

Speaking to Radio 4’s Today programme, (report begins 01:33:22), his daughter, Kate, a pseudonym, described how over the course of a few months following retirement, her father became unwell, to the point where he was “very suicidal and in a situation where he was self harming.”

When his health deteriorated to the point where the family could no longer cope, an ambulance was called in. However, instead of taking him straight to hospital, he was taken to a mental health café, a place for emotional support, but one that was totally unsuitable for his needs.

After it became apparent that her father was too unwell even to leave the ambulance and enter the café, paramedics drove him to Accident & Emergency, where he was assessed by psychiatrists. However, despite being assessed as needing urgent  hospital care, there were no beds available, and the family were forced to look after and “contain” him at home for three further days, before he could finally be admitted.

Finally a bed was found and then he was in hospital for months, and was on 24 hour suicide watch for weeks.

Unfortunately, this case is not exceptional. A report from the King’s Fund has revealed there have been widespread cuts in mental health services, with 40% of National Health Trusts reporting they have had to cut their budgets. Furthermore, only 14% of patients claimed they received “appropriate care in a crisis”.

In relation to the lack of beds on psychiatric wards, the report found:

Bed occupancy in inpatient facilities is frequently well above recommended levels, with community services, in particular crisis resolution and home treatment teams, often unable to provide sufficient levels of support to compensate for reductions in beds. This is having a negative impact on safety and quality of care.

This is unsurprising, given a report last month from the Health and Social Care Information Centre found there was a 9.8% rise in detentions under the Mental Health Act. Mental health charity, Mind, responded to the report stating:

People are not getting help for their mental health problems early enough meaning they are more unwell and more likely to reach crisis point.

These findings are backed up by mental health charity, Counselling for Social Change, who offer low cost counselling in Cornwall.  Managing director, Clayton Elliott, speaking to The Canary, said:

The Improving Access to Psychological Therapies (IAPT) was supposed to make it easier for people to access appropriate therapeutic services. However, the opposite appears to be true. Most people are offered six sessions of Cognitive Behaviour Therapy which often does nothing to address the underlying issues behind their problems. Even more disturbingly, there are large numbers of people whose mental health problems are deemed to be too severe for the IAPT services, but are not sufficiently at crisis point to receive help from Community Mental Health teams. These people, who desperately need help, are being let down by the NHS and government cuts to mental health services. Early and appropriate therapeutic interventions can both saves lives and help ensure people do not reach a crisis point where hospital admission becomes the only option.

Even when a person reaches crisis point, there are not enough beds, and no guarantees of immediate treatment. When asked about the situation with her father, and whether services were safe for vulnerable people, Kate replied:

Absolutely not. We’re not caring for the most vulnerable people in society. I don’t know if people have vague notions of who that is, but that’s anyone one of us. It happened to my dad in the space of six months. It can happen to anyone.

Disgustingly, instead of receiving appropriate care, mentally ill people are more likely to be punished for their illness. Grueling statistics released this week have linked 590 suicides and 279,00 cases of mental illness to the “fit for work” Work Capability Assessment (WCA).

Anita Bellows, from Disabled People Against the Cuts, said:

With people hounded by the Department of Work and Pensions, and subjected to endless reassessments, people consistently tell us that their conditions are worsened by this inhumane regime, especially people with mental health issues, while those with physical impairments also find their conditions worsen due to the intolerable stress.

We have repeatedly called for the scrapping of the WCA, and the results of this survey make this even more urgent. Too many lives have already been damaged or lost.

Pressurising someone to engage in inappropriate activities under the threat of losing their benefits causes a huge deal of additional anxiety, often making people more unwell and less able to work.

Despite government promises to make mental health provision a priority, the real picture is bleak, with cuts meaning there is not enough money for appropriate early interventions. Furthermore, instead of treatment, people are forced to endure a cynical and punitive benefits system, which stubbornly refuses to make allowances for those suffering from mental illness.

In fact, austerity has made things worse, with a survey for Austerity Britain in 2012 finding 77% of GPs believed they had seen an increase in mental health problems amongst their patients over the preceding four years. This has put even more strain on a broken system, with no increase in services to match the demand.

Parity of esteem – ensuring those with mental illness are treated comparably with those with a physical illness – has long been a stated aim of the government and NHS. However, these findings show that the country is are moving further away from, rather than closer to, equality in care and services.

It is time to face the truth; not only have cuts led to a crisis in mental health services, but sanctions on benefits and lack of support for people unable to work through mental illness, has made the situation even more dire. 83% of those who responded to a MIND survey on benefit sanctions said the Work Programme “made their mental health worse or much worse.”

It is appalling that those with mental illness are so badly treated. Lip service to tackling the problem is of no value at all. Instead, services need their funding boosted, while the WCA and benefit sanctions both need abolishing. Otherwise, the problem will balloon into a full-fledged crisis, and countless more lives will be put at risk.

DISCLOSURE: The author is a trustee of Counselling for Social Change.