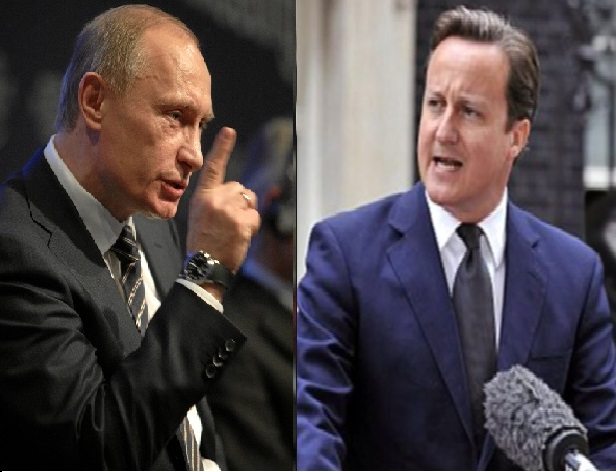 RAF jets intercepted Russian bombers flying close to UK airspace yet again on 19 November. Russia will be listed as a top-tier threat in the National Security Strategy (NSS). An announcement on the NSS will be likely be made by David Cameron on 23 November and will inform National Security policy for the next five years. The inclusion of Russia should alarm every one of us, but not for the reasons mainstream media would have you believe.

The NSS, which was first produced in 2008, is assembled by the Joint Committee on the National Security Strategy appointed by both the House of Lords and the House of Commons. Its purpose is to create

a truly strategic framework document that looks at security as a whole, enabling policy across Government to reflect the UK’s security priorities and objectives

The pronouncement by the Daily Mail, which was quickly seized on by Russian media, is based on the contents of a review published by the joint committee in March of this year. The review lists a number of threats facing the UK in the coming years, including terrorism, cyber security, climate change, and economic shifts.

Russia features high on that list, which raises concerns that Russian manoeuvres in Ukraine

It also expresses unease at Russia’s “apparent willingness to display force in the face of universal condemnation” and concludes that:

the next five years could well see an escalation of the Russian threat to the security of Western Europe.

What the report fails to mention, however, is what caused Russia’s display of force, or the complexity of the situation in Ukraine that gave rise to the chaos that began in 2014.

Richard Sakwa describes this complexity in his book Frontline Ukraine. He details a sensitive divide between East and West Ukraine, between a monist and pluralist ideology. The monist vision, Sakwa states, is driven by

the idea that after several years of stunted statehood the Ukrainian nation has had to seize the opportunity to join the front ranks of nation states.

By contrast, Sakwa says, the pluralist model seeks to recognise “that the post-Communist Ukrainian state is home to many disparate peoples” and “appeals to broad principles of national inclusiveness”. It is a battle between these two ideas that has partly fuelled the conflict in Ukraine.

The interventions of foreign nations have also played a part. Russia’s interference has been well documented in the media, but meddling by the West has received less coverage. Acclaimed journalist John Pilger, whilst writing about the recent re-emergence of fascism on his website, notes that:

the Obama administration splashed out $5 billion on a coup against the elected government [of Ukraine]. The shock troops were neo-Nazis known as the Right Sector and Svoboda.

He continues to explain:

These fascists are now integrated into the Kiev coup government. On February 14, Parubiy [first deputy speaker and co-founder of Svoboda] announced he was flying to Washington get “the USA to give us highly precise modern weaponry”. If he succeeds, it will be seen as an act of war by Russia.

The ‘coup’ Pilger mentions was a result of Ukrainian president Viktor Yushchenko’s refusal to sign an association agreement with the EU. This agreement would have strengthened ties with Europe and severed much of those with Moscow. Russian president Vladimir Putin was opposed to this, alarmed in part by the prospect of a potential NATO presence in Ukraine.

Seamus Milne, writing in The Guardian, gives his assessment of the role of NATO in the conflict:

The reality is that, after two decades of eastward Nato expansion, this crisis was triggered by the west’s attempt to pull Ukraine decisively into its orbit and defence structure, via an explicitly anti-Moscow EU association agreement.

NATO is a delicate topic in Russia. It is a military alliance that was created to fight the threat of Russia during the cold war. The understanding between Russia and the West upon the fall of the Soviet Union was that NATO would not extend ‘one inch to the east’. However, this agreement was not honoured. This is the current level of NATO membership:

NATO now sits almost on Russia’s doorstep, and if Ukraine joined it would essentially be encircled. It is in this climate that the annexation of Crimea happened. Milne describes it thus:

Putin’s absorption of Crimea and support for the rebellion in eastern Ukraine is clearly defensive, and the red line now drawn: the east of Ukraine, at least, is not going to be swallowed up by Nato or the EU.

NATO’s reactions to Russian actions have been damning. For example, UK Foreign Secretary Phillip Hammond stated in March that Russia “has the potential to pose the single greatest threat to our security”. On 7 November, US defense secretary Ash Carter also accused Russia of “endangering world order”. Carter explains why:

Russia is undertaking “challenging activities” at sea, in the air, in space and in cyberspace

This is true, but it is also true of NATO countries. Such posturing, by Russia and the West, is at risk of escalating – as the NSS assessment makes clear. To fan these flames the concerns of both sides need to be addressed, as Putin himself states here:

In western media, however, the aggression is declared to be one-sided: Russian. The culpability of NATO in the equation is whitewashed. John Pilger, speaking at the Logan Symposium, describes the consequences of this in startling detail:

If you wonder how the world could stumble into world war three, much as it did into world war one a century ago, all you need to do is look at the madness that has enveloped virtually the entire US political media structure over Ukraine.

We should take this warning seriously, especially as this war differs greatly from that of a century ago in that we now have nuclear capacities.

So if the mainstream media continues to beat the war drums as it did with Iraq, challenge it and turn your attentions to those intent on diplomacy. This does not mean you are an apologist for Putin; it just means you are sane, because diplomacy is exactly what we need right now.