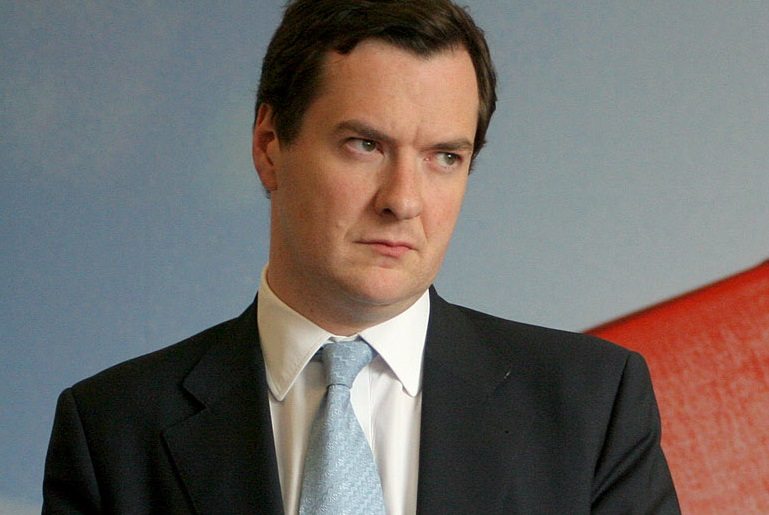 The deficit figures for October 2015 have been published, and, not for the first time, they show that George Osborne’s austerity program is not a road to prosperity but a cul-de-sac: the public sector deficit has gone up when it was predicted to fall.

According to a poll by Reuters, projections beforehand had expected borrowing for the month to be about £6 billion, which would have been a cut of about £1.1 billion on the figures from October 2014. These projections have proven to be off-target by a margin of about 33%. Instead, the monthly figures indicate that public borrowing increased by £1.1 billion on a year earlier to £8.2 billion, a rise of 16%.

This constitutes the highest level of borrowing in the month of October since 2009.

According to the Office for National Statistics,

Personal taxes, such as income tax, value added tax (VAT), and national insurance (NI) did each go up slightly compared with a year earlier, but not enough to offset the above declines.

With Osborne poised to announce yet another of his infernal spending reviews in his ‘Autumn Statement’ in less than a week, these figures are a disaster for his credibility and should leave everyone else trembling. This is because he is likely to pass on the disastrous effects in the form of another wave of budget butchery, to get back to roughly close to his (current) deficit target of £69.5 billion by April. (For the moment, we shall overlook the reality that the goalposts for reducing the public sector deficit are being moved almost every time figures are published).

A pattern of bad deficit news

This is not the first time since the General Election that the monthly deficit widened against the previous year. There was an equally nasty surprise for Osborne when the August figures showed falling tax receipts had enlarged the gap between outgoings and income. The deficit is just not closing consistently, no matter what Osborne tries, hence why the Conservative Party’s over-confident boast in 2010 that they would have it wiped out by this year’s Election proved so hollow. By cutting away so much public spending over the last five years, Osborne has repeatedly de-stimulated the economy, taking investment away from services that generated an ‘operating profit’.

Austerity is a little like perching a ladder in quicksand, and then trying to climb it – the faster you climb, the more frenetic movement you make, causing the ladder to sink into the mire even faster, and the net altitude gained will never be what you had hoped. Similarly, the more rapidly and more deeply cuts are made to public spending, the less activity there is in the economy, and the lower the receipts the government takes in taxes.

A calculation Osborne is not qualified to make

In fairness, calculating the effects of investment and cuts is not easy, and can often depend on luck. But Osborne has to start facing one inescapable truth; his primary goal when he arrived in office for the end of the last Parliament was a deficit of zero, and he missed it by £93 billion. As wiping out the deficit was his biggest goal, he has to be judged on this, and that judgement must be overwhelmingly negative after missing it by such astronomical margins. What he keeps convincing himself is going to happen when he persists with his ‘long-term economic plan’ – an aggravating platitude that means ‘repeatedly rolling the dice and when it finally lands 6-side-up claiming that was the whole idea all along’ – either happens very slowly and intermittently, or not at all.

Just because the economy finally started growing again under Osborne’s watch is no big deal; after the Credit Crunch, it had already started growing again under his predecessor, Alistair Darling, during the last months of the Labour Government, thanks to a fiscal stimulus package he had introduced. On becoming Chancellor, Osborne cut off this package almost immediately, and the economy stopped growing for the next several years. And, when it did finally started growing in 2013, it was more luck than skill on his part. His mistake lies in assuming that any Government spending is a burden on the country, when, in fact, much of it is the fuel that powers the country’s economic engines. All the hardship and misery he is inflicting is therefore pointless and even making matters worse.

It is therefore good news that Osborne has failed to get the public sector into surplus, as it can only be done by creating an equal combined deficit in the private and household sectors, which would almost certainly lead to another economic recession. Given there is no real danger of national bankruptcy so long as the country retains control of its own money supply, whereas there is always serious danger of individual bankruptcies in large numbers, it stands to reason that it is better to have the deficit stay in the public sector where its effects are easier to control.

But as Osborne appears unaware of all this, he continues struggling and straining to wipe out the deficit, and no matter how far he drags himself along the spending cuts motorway, he finds that Surplus City has retreated farther into the distance. Every cut he makes means a loss of some kind of feedback, hindering economic performance, and it is hard to find a positive effect.

Therefore, whether it is desirable or not, the grand goal Osborne is aiming for of cutting a way into surplus may be actually unachievable.