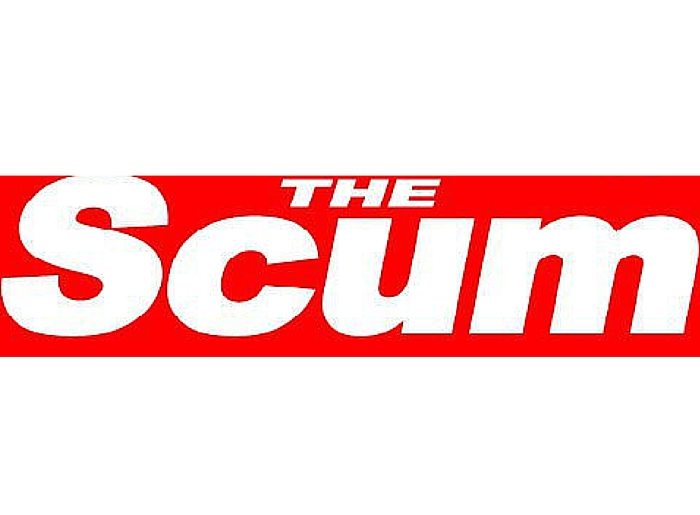 Last week a Daily Mail cartoon implied that refugees were rats and terrorists. This week The Sun has made the claim that one in five Muslims in the UK has sympathy for jihadis. These tabloids are not only incorrect in their depictions, but they are inciting racial hatred. 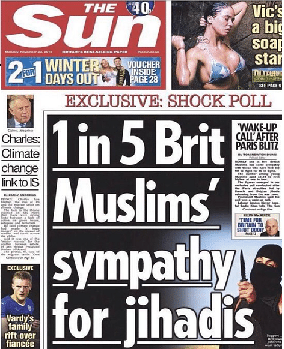 Sadly, it won’t be a surprise that The Sun has made such an outrageous claim. This story is coming from the paper that, four days after the Hillsborough disaster, claimed:

The Truth.
Some fans picked pockets of victims
Some fans urinated on the brave cops
Some fans beat up PC giving kiss of life

Just four days after 96 fans died at a football match, when families were grieving and victim’s nightmares had only just begun, The Sun had time to make up malicious lies. Kelvin MacKenzie, editor at the time, later apologised.

Fast forward more than 26 years, and MacKenzie is plastered on the front page proudly proclaiming that it is “time for Britain to shut [the] door” on those that need help escaping tyrants and terrorists. He said:

The Sun’s front page also states that one in five British Muslims have some sympathy with people going to fight with the jihadis in Syria. This is overwhelmingly misleading.

Firstly, The Sun asked whether people had: “sympathy with young Muslims who leave the UK to join fighters in Syria”. However, not all fighters in Syria are jihadist groups. The Free Syrian Army is a group backed by the West. There are Kurdish forces that some British people have joined that couldn’t be further from jihadist groups. Therefore, people do not show sympathy with jihadis as the paper claimed, but with “fighters” (which could include those fighting Isis).

Also, expressing “sympathy” is not the same as support. Many people sympathise with the plight of the Iraqi population since the invasion of Iraq. Having sympathy for people does not mean that you support the reason why some Iraqis may turn to jihadist groups. What does it mean? It means that you have pity for those whose situation is so bad, they feel the need to become a jihadist. It doesn’t mean you think it is the right choice.

But what is most staggering of all is the fact that non-Muslims also show almost identical answers. With 14% of the general population having some degree of sympathy with young Muslims going to fight in Syria. The headline could have read “one in five non-Muslims have sympathy with jihadis” and MacKenzie could have written that non-Muslim, white blokes in the UK support “the medieval madmen”. That headline and opinion is equally as damaging, and twisted as the original.

Some have drawn parallels between the paper’s treatment of Irish people in the 80s and the paper’s anti-Muslim sentiment:

Others have pointed to the fact that this propaganda will fuel violence:

Nice to see the The Sun are really fighting to prevent the increase in Islamophobia & hate crimes that ISIS want pic.twitter.com/VhTtEmwJkq

The racial and sectarian hatred drummed up by the Mail and Sun is likely to be responsible, at least in part, for the huge increase in attacks against Muslims. Tarring everyone with the same brush has damaging consequences.

Since the devastating Paris attacks on Friday 13 November, there has been a 300% increase in attacks on Muslims. Predominantly, Muslim girls and women aged 14 to 45 wearing traditional Islamic dress have been attacked by mainly white males aged 15 to 35. It is believed that many attacks go unreported, so the numbers are likely to be far higher.

Muslims are getting accused of being terrorists at work, abused on public transport, and are now living in “immense fear” as they are labelled the enemy within.

It is the responsibility of the media to uphold our democracy, not spread lies and cause division in order to sell stories. When papers like the Mail and the Sun instill fear and hatred, they radicalise people, and the only victors will be fascists and terrorists. Britain must remain united. United against bigotry and hatred; only then will terrorism be defeated.