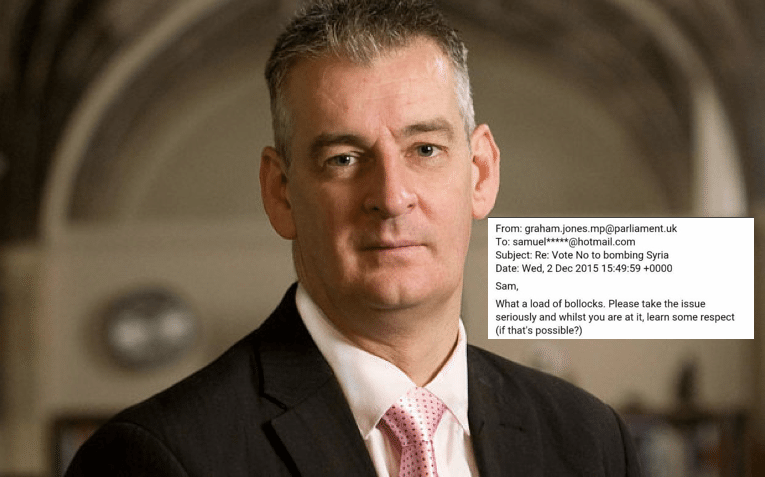 The Canary is currently investigating claims that Labour MP Graham Jones, who voted in favour of airstrikes against Syria, has engaged in an expletive-laden exchange with a constituent who criticised his support for the war.

A screenshot of the email exchange was picked up on social media on Thursday morning, and reads as follows:

We are awaiting comment from the Office of Graham Jones, MP for Hyndburn. But we decided to run with the story due to Mr Jones’ activity on Twitter today. He has been busily retweeting people who are supporting his alleged behaviour in the email.

As we see here. First the criticism, then the defence.

@ewajasiewicz @laurevans311 @GrahamJones_MP it wasn't the most appropriate language but it wasn't unreasonable for him to be angry at email.

And then the RT from Graham Jones. 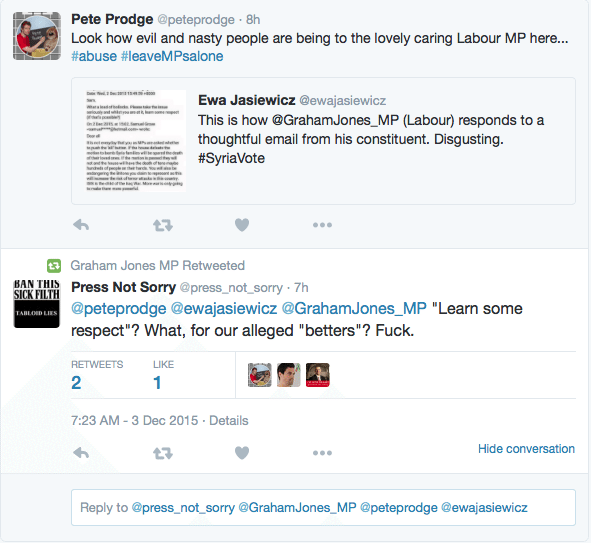 Apparently, Mr Jones believes he is the one who is under attack, rather than the constituent who appears to have been sworn at simply for sending along respectful criticism to his elected representative.

Once we are in a position to verify the claims absolutely, we will. If that happens, it is another hammer blow for the discredited Blairite wing of the Labour party. By voting to bomb Syria – against the will of their party membership, and over half the electorate – they displayed a remarkable level of contempt. But to issue such a disgraceful response to this civil enquiry suggests the contempt runs even deeper than we thought.

We await further comment from both Graham Jones and Dr Samuel Grove, and will update the story as it happens.