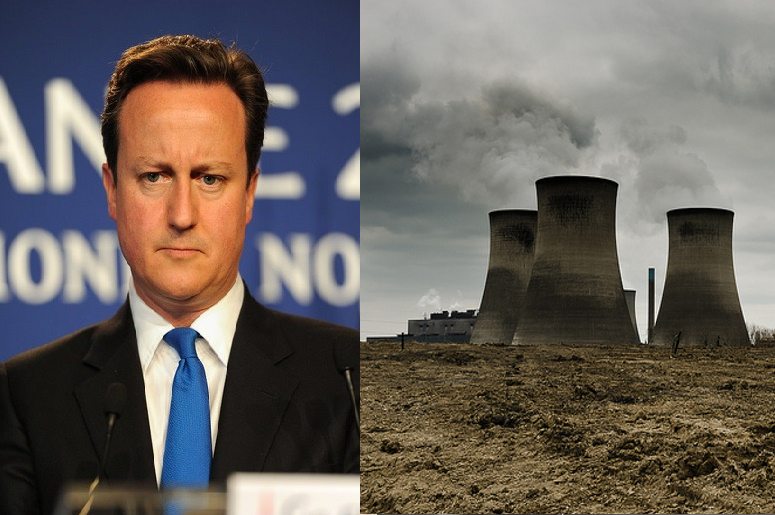 Five years ago, David Cameron vowed to lead the ‘greenest government ever’ to tackle the effects of climate change. In coalition with the Lib Dems – whose policies to mitigate climate change featured prominently in their 2010 manifesto – perhaps there was some credence to this ambition.

However, as the Paris climate change summit got underway this week, it seems the gap between the rhetoric and the reality is widening.

Speaking at the opening of the UN talks, Cameron made an impassioned plea to world leaders to agree upon a global climate change deal. Compelling delegates to ‘imagine what we’d have to say to our grandchildren if we failed’, he made a strong moral case for the international community to reach a consensus on climate change mitigation.

“Instead of making excuses tomorrow to our children and grandchildren, we should be taking action against climate change today,” he said to the conference. “What we’re looking at is not difficult, it is doable, and therefore we should come together and do it.”

However, what Mr Cameron failed to mention was that, in the run-up to the Paris climate change summit, his government have been bolstering investment in oil and gas firms, while slashing subsidies for sustainable energy projects across the board.

A recent report from the Overseas Development Institute (ODI) and Oil Change International found that between 2013-14, the UK spent £5.9 billion on subsidising fossil fuel production at home and abroad – making them the only G7 country to increase handouts to dirty energy firms in this period.

Paired with an estimated 87% reduction in feed-in tariffs for domestic solar and the proposed scrapping of assistance to more than 250 onshore wind farms, Mr Cameron’s rhetoric could not be more at odds with his party’s energy policy.

Not only does this policy compromise Britain’s legally binding commitments to reduce the level of climate-changing CO2 emissions under the Climate Change Act; it undermines the entire climate change movement, and embarrasses our nation on the international stage at the UN talks.

As one of the major historical polluters of the developed world, Britain has a moral obligation to play a leading role in the transition towards a global green economy. If the Conservatives – as Amber Rudd, the Energy and Climate Change Secretary, said – want to press the ‘reset button’ on Britain’s energy policy, Cameron needs to match his rhetoric with action.

“The UK stands out as a member of the G20 that, despite its pledge to phase out fossil fuel subsidies, has dramatically increased its support to the production of fossil fuels in recent years,” Shelagh Whitley, an author of the ODI report, said. “No other G7 country has done this.”

David Cameron has made much of the moral argument to tackle climate change, but unless he makes iron-clad commitments to end fossil fuel subsidy effective immediately – the nation’s credibility along with its clout on climate change amounts to nothing.