David Cameron tries to say "You Ain't No Muslim Bruv." Yes, it's as cringeworthy as it sounds (VIDEO) - The Canary 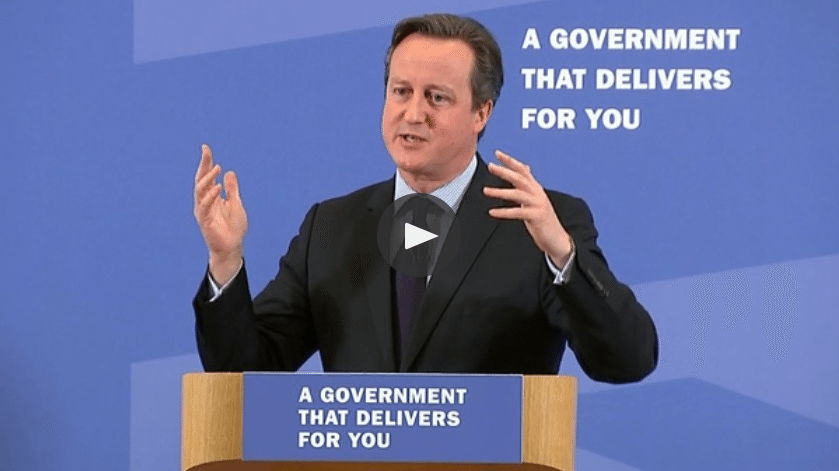 When an attacker, claiming to be a Muslim acting in the name of Syria, launched a knife attack on the London tube last week – a Muslim bystander shouted ‘You aint no Muslim bruv!’ Since then, a Twitter hashtag has been trending for days, as British Muslims and non-Muslims come together in a humorous response to a terrifying moment. But now, David Cameron wants in.

The former Etonian made rather an a** of himself today with this bumbling effort at going all street. Sometimes Dave, it’s best to just let people own their moment, not come along and hijack it like an embarrassing uncle.

“First of all, full credit to the person or people who took on this attacker, and full credit to the police officers who were able to subdue him.” So far so good…but you can see a glimmer of something in his eye. He’s preparing himself for his moment in the Sun.

He goes on to thank the as yet unknown Londoner behind the camera who makes the now famous statement: You ain’t no muslim bruv – but sadly, tries to do a little impression.

Imagine Stephen Fry attempting an impression of Phil Mitchell, and you come somewhere close to the somewhat bizarre efforts of the Prime Minister.

Any of these moves would be vastly superior to prancing about like a Poundland Churchill, banging the drums of war for a morally and literally bankrupt system.

So Dave, leave the street slang to the non-Etonians – and focus on making better decisions, in the public interest of regular Britons, rather than the personal interests of your peers.