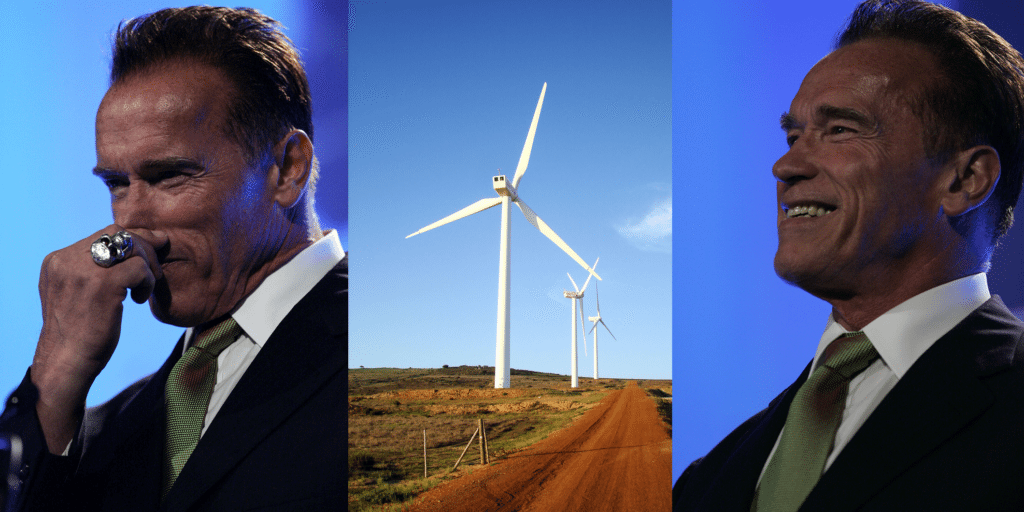 On his Facebook page, Arnold Schwarzenegger has made a compelling case for the move to renewable energy. His argument is particularly pertinent: It surpasses debating the level of calamity we’ll see in the future to focus on the living, breathing catastrophes of the present.

I want you to know that I hear you. Even those of you who say renewable energy is a conspiracy. Even those who say climate change is a hoax.

While climate change is man made and our greatest problem, approaching the argument from the realities of the here and now penetrates even the most avid climate change denier. The immediacy of the issue can be hard to get across, especially as a lot of the impact of climate change is delayed.

In the UK, Daily Mail readers have been blessed with five times the material originating from the Global Warming Policy foundation, than any other source on climate. This foundation’s name is supposed to sound benign, but they are the UK’s most high profile climate denier lobbyists, who suppress the sources of their funding and oppose action on  global warming. Analysis of 900 of their reports showed 9/10 of the authors had links to ExxonMobil.

In the US, Fox News improved on its previous 7% rating, to 28% accurate on climate change issues in 2014. Rupert Murdoch – the owner of Fox News – sits on the advisory board for Genie Energy.

Arnie wants to talk to anyone on a steady digest of news outlets like these.

He has three questions for you.

First – do you believe it is acceptable that 7 million people die every year from pollution? That’s more than murders, suicides, and car accidents – combined.

You don’t have to accept the 97% consensus from active scientists that climate change is a man made reality, to agree that isn’t good.

Every day, 19,000 people die from pollution from fossil fuels. Do you accept those deaths? Do you accept that children all over the world have to grow up breathing with inhalers?

This argument cannot be sidestepped by some kind of contorted appeal to natural weather fluctuations. It is the reality of the present day.

Now, my second question: do you believe coal and oil will be the fuels of the future?

Coal and oil are by their very nature finite and unsustainable, irrespective of your views on climate change.

Arnie is applying capitalist logic – the logic of the day – to the debate, wooing the many who see the world through a capitalist framework. This paves some new ground. While community and social wellbeing are at the heart of the issue, these arguments are well recited.

A clean energy future is a wise investment, and anyone who tells you otherwise is either wrong, or lying. Either way, I wouldn’t take their investment advice.

His last question is an imagination exercise.

This thought experiment is a microcosm of our current choice as a species.

I want you to pick a door to open, and enter the room and shut the door behind you. You have to stay in the room you choose for one hour. You cannot turn off the engine. You do not get a gas mask.

So, which door will it be?