Donald Trump should be banned from the UK - Canary 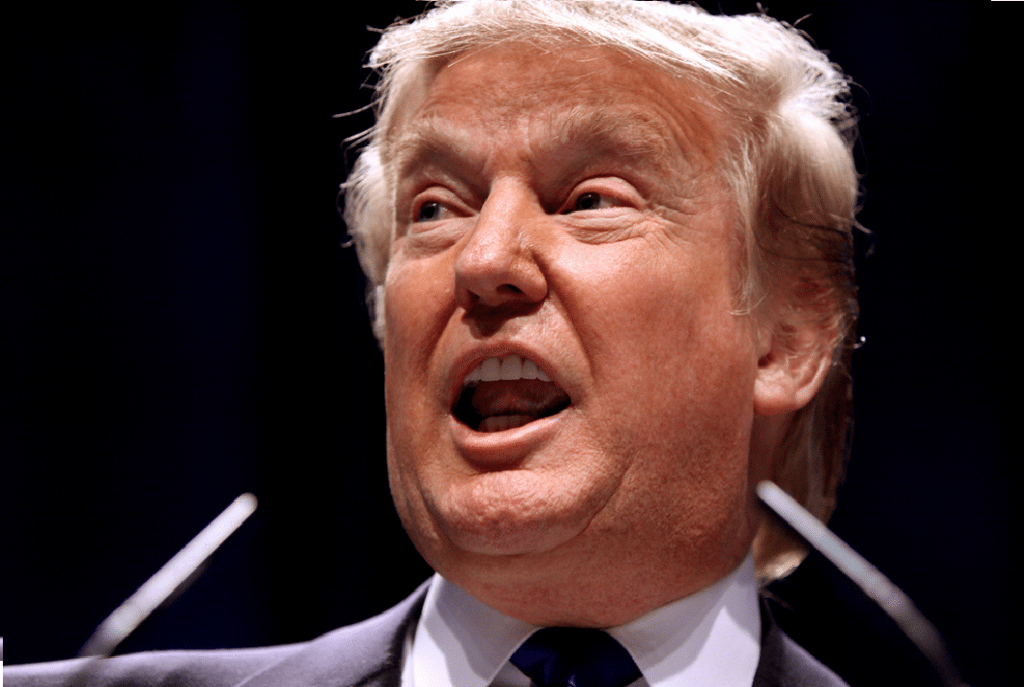 Donald Trump has called for “a total and complete shutdown of Muslims entering the United States”. This screams of Nazi levels of racism and xenophobia, but unfortunately it is not fringe politics.

New test: replace the word "Muslims" with "Jews" and then ask yourself "Do I sound like a fucking Nazi?"

Aside from being an abhorrently discriminatory policy, it also makes no sense practically. What so, ISIS (Daesh) fighters can pretend to be refugees, but they can’t pretend to be Christian? Syria was 10% Christian before war displacement. Is Trump going to decipher between them through sacrificing chickens at the border, or would ‘infiltrators’ just say “yes” when asked if they were Christian?

The latest in Trumps ill-imagined hateful bile – following branding all Mexicans as rapists – has inspired Scottish resident Suzanne Kelly to launch a petition calling for Home Secretary Theresa May to prohibit Trump entering the UK.

The signatories believe Donald J Trump should be banned from UK entry for his continued, unrepentant hate speech and unacceptable behaviour. His unacceptable behaviour is well documented, and we feel it foments racial, religious and nationalistic intolerance which should not be welcome in the UK.

Rappers Tyler the Creator and Busta Rhymes have both been banned from the UK. Pamella Geller and Robert Spencer were also barred after co-founding the anti-Muslim group Stop Islamification of America, on the grounds that it “is not conducive to the public good”.

The UK has banned entry to many individuals for hate speech. This same principle should apply to Donald J Trump. We cannot see how the United Kingdom can condone his entry to the country when many people have been barred for less.

It would certainly be interesting (and brilliant) if our doors were closed to Trump. Being barred from one of the US’ closest allies would not do wonders for a Presidential candidate’s campaign. If he were to become President, it would be quite impractical.

Unfortunately, what does aid Trump’s campaign is this type of deliberately controversial claptrap that consumes public discourse, elbowing important issues out the door on the way in. It allows Trump to bend the narrative towards the matters that define his political offensive. Other candidates are left responding to Trump in the media, rather than airing their views on other issues.

Analysis shows that Trump’s high poll ratings are an outcome of his hugely disproportionate media coverage. In this brilliant video the Nerdwriter takes a look at the relationship between media coverage, public opinion and poll ratings in the US presidential battle.

Trump has come oh so far. He was a struggling young man from Brooklyn, with nothing but a “small loan of a million dollars” from his father, the son of two German immigrants. Now he has blasted onto the political scene, pioneering new ideas in job creation. When asked how he will create jobs, he responded “I’m just gonna do it”.

His latest position as PR man for Daesh is going spectacularly well. According to Daesh’s own publication they want to eradicate the ‘grey zone’ where Muslims and the West can coexist peacefully. Trump’s policies that discriminate against the world’s 1.6bn Muslims contribute wholeheartedly to the black and white narrative Daesh want to establish. A black and white world of Muslims versus non-Muslims is what serves to rally the disenfranchised to their side.

The U.S. is a strong nation when we stand together. We are weak when we allow racism and xenophobia to divide us. cc: @realDonaldTrump

Coming down hard on Trump-like bigotry is not some jumped up political correctness. Discrimination encroaches upon the liberties of people – whether through inhibiting their prosperity, social status or movement –  and shouldn’t be tolerated. Being a bigot is what clamps down on the freedoms of others, not opposition to bigotry. Hopefully, the petition to ban Trump from the UK is successful, we should pride ourselves in not tolerating his divisive hate speech.