Blair blasts Corbyn, but fails to mention this one crucial thing - Canary 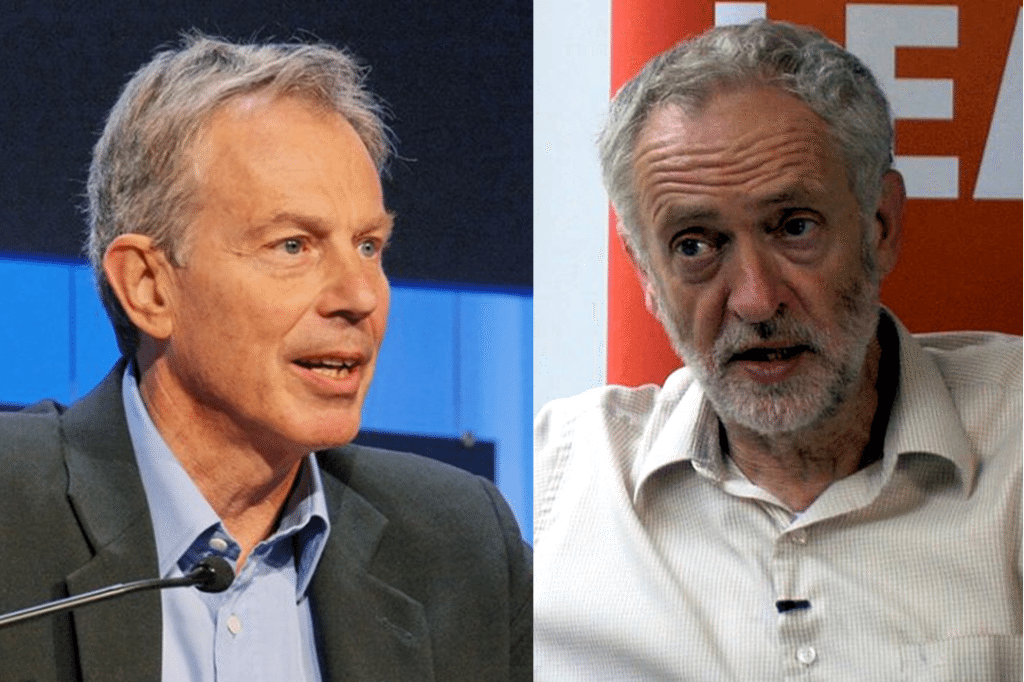 The Spectator has posted a blog “in defence of Blairism”. Bizarrely the only person they could get to defend Blairism was … Tony Blair. He slates Jeremy Corbyn in the article and the direction of the current Labour party.

In the blog, Blair notes that he was the only leader of the Labour party to win three successive elections. He also declares some of the major successes his New Labour party had – including the minimum wage, civil partnerships and devolution. He also defended Labour’s cosy relationship with the financial sector. Blair said “yes, we forged a strong link with the private sector” but stated that that was necessary for a strong, growing economy.

However, Blair fails to state the personal gain that architects of New Labour received from these “strong links”. Blair is a multimillionaire and has received millions from investment banks and financial services companies since he resigned as prime minister. This week, Blair’s former colleagues Alistair Darling and Gordon Brown have both landed jobs at top investment firms.

Also, New Labour’s over-reliance on the under-regulated and risky financial sector meant the UK suffered a severe recession. New Labour bailed out the banks that had got away with reckless lending and enabled the coalition government, in 2010, to inflict austerity onto the poorest in society. Even Margaret Thatcher considered her greatest legacy to be “New Labour”. Blair also fails to address the fact that the New Labour government was not tough on corporations and the rich avoiding tax. Without such avoidance, the revenue generated could have wiped out the deficit.

But Blair did omit something rather important from his article, as people on Twitter noted:

Before the invasion of Iraq, al-Qaida in Iraq (the group that evolved into ISIS/Daesh), did not exist. Now Daesh has emerged to fill the power vacuums that Blair’s war in Iraq created. Blair had been reluctant for a long time to link the war in Iraq with the rise of Daesh, but now he, at least, acknowledges the link. Another failed war that Blair jumped into head first was Afghanistan, where the Islamist extremists in the form of the Taliban, and now Daesh, are flourishing.

The attack on Corbyn’s leadership came when Blair said:

This a huge insult to the nearly 60% of the Labour party who voted for Corbyn, people who want to look forward and not revert back to Blairism. David Miliband, the Blairite contender for Labour leader in 2010, won the largest percentage of votes amongst party members. However, the Blairites in the latest leadership election were beaten resoundingly. Corbyn won the largest mandate a Labour leader has ever had. There are many reasons for this, one of which is that some people are frustrated with the old way of doing things.

It is unlikely that if Corbyn were in power, there would be a continuation of the over-friendly relationship with the financial sector and the financial deregulation that could lead to another expensive bailout by the taxpayers. He has also pledged to ensure everyone, including billionaire corporations, paid their fair share of tax.

Moreover, Corbyn has said he would seek to address the housing crisis which New Labour ignored for years. Blair, in fact, ensured the selling off of social housing while refusing to build any more.

But most importantly, Corbyn’s strong opposition to the wars in Afghanistan, Iraq and now Syria is in stark contrast to Blair’s disastrous time in office.

However, Blair’s criticism of the Labour leader should be no surprise:

Who can remember the last Labour leader Tony Blair gave his 100% loyalty & support to? No. Me neither. This is why I will ignore him today.

Blair cannot help but comment on Labour. But he was wrong as PM and he is wrong now. Blairism is the very reason we need a new direction.