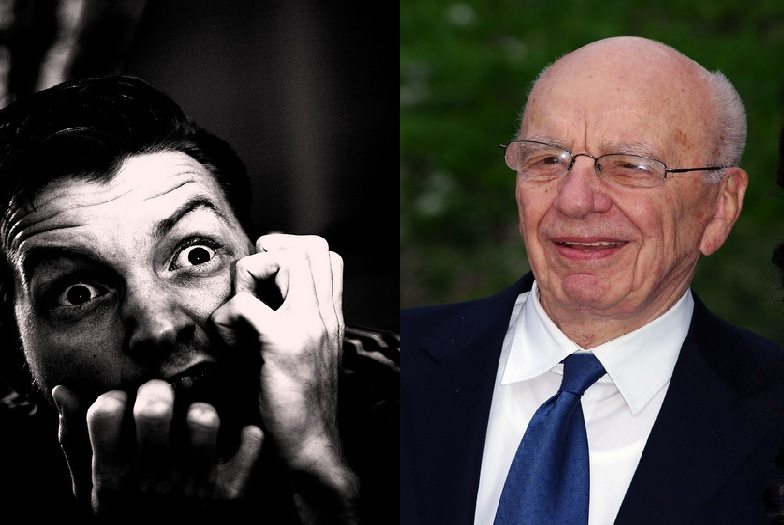 Rupert Murdoch has taken to Twitter to discuss Donald Trump’s call for “a total and complete shutdown of Muslims entering the United States”.

So, Murdoch wonders whether Trump has gone too far, but what’s “too far” for Murdoch? Following the Charlie Hebdo massacre in January, Murdoch tweeted the following:

Maybe most Moslems peaceful, but until they recognize and destroy their growing jihadist cancer they must be held responsible

At the time, the tweet rightly caused a huge backlash, and sure enough, it was later retracted as it blamed all Muslims for a “jihadi cancer”. But is this not the same ideology that is propelling Trump to call for Islamophobic action? Maybe for Murdoch the step “too far” is actually acting on the racist impulse, rather than just spouting it.

Murdoch then ponders on the public’s obsession with “radical Muslim dangers”. Why on earth might that be? Could it be this Sun newspaper headline? 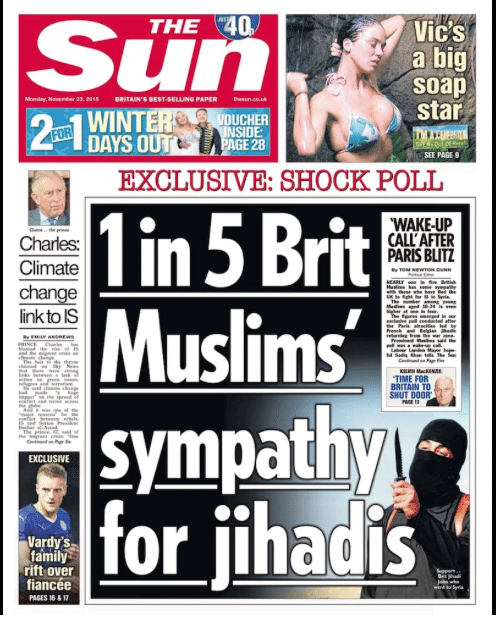 Or this Fox News interview?

These are, of course, news outlets that are part of Murdoch’s media empire, where such base and misleading commentaries are commonplace.

In fact, Trump’s latest fascist folly seems to have been directly inspired by Fox News claims. Earlier this year, Fox commentator Steven Emerson declared that parts of Europe, like Birmingham for example, had become so Islamic that non-Muslims didn’t dare to venture there. This claim was immediately rebuked for the alarmist drivel it is, but it doesn’t seem Trump got the memo, as he made a near-identical claim to justify the necessity of his radical plan.

Finally, Murdoch comes to the point of his tweet, a refugee “pause” that “makes sense”. Channel 4 news editor Paul Mason here calls him out for his cloaked language:

@rupertmurdoch “pause” it sounds so nice until you are pausing in the sea with your kids, or with ISIS trying to kill you. Pause. Yeh. Pause

In just 140 characters, Murdoch perfectly illustrates his slippery shyster ways. He feigns mild outrage at Trump’s suggestions. Then, he reasons with them by noting the public’s concern – which, incidentally, he is largely responsible for. Finally, he does what he surely intended to do in the first place – agrees with Trump on keeping Muslims out.

Others treated his feigned deliberations with the ridicule it deserved:

Ironic question of the day…

“@rupertmurdoch: Has Trump gone too far?”

Now that’s a point. Murdoch is more of a danger than most. Petition, anyone?