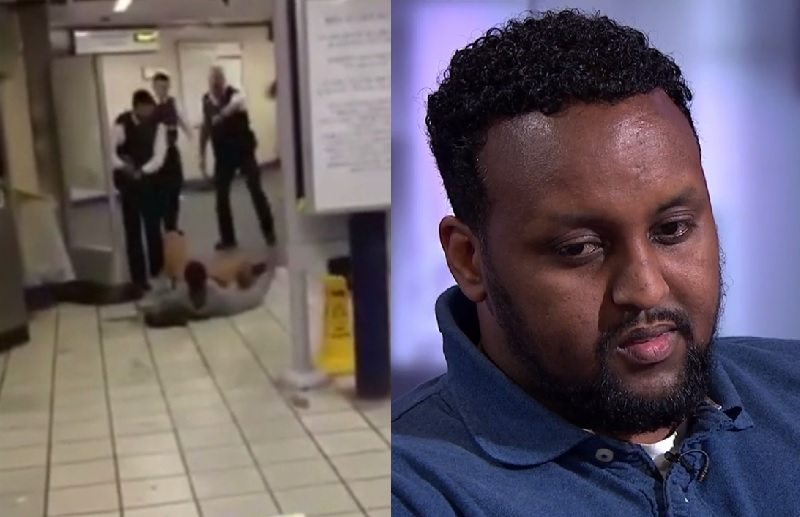 The family of Muhaydin Mire, the Leytonstone tube attacker, attempted to have him sectioned weeks before the incident, they have claimed. Speaking in an interview on Channel Four, Mohamed Mire, Muhaydin’s brother, said they approached a local authority to seek help but were told “he’s no harm to people and he’s no harm to himself”.

Mohamed raised the alarm after his brother began “calling me up and saying odd things” in August. Muhaydin had previously been taken into hospital for three months in 2007 suffering from mental health issues and paranoia, his brother said, and this latest episode made him think “it’s starting again”.

Mohamed also contacted the Metropolitan Police Service (MPS) to raise his “growing fears” over his brothers behaviour. The MPS have confirmed the claim and said,

The conversation related entirely to health related issues and the family were therefore correctly referred to health services for help.

But they added, “there was no mention of radicalisation”. That it requires the word ‘radicalisation’ to warrant action from the police these days is alarming, and surely the fact they thought the issue serious enough to raise it at the law enforcement level should have instigated further investigation. Unfortunately, the police merely referred them back to the authorities who had reportedly refused them help earlier.

In light of recent findings regarding the state of mental health provisions, this refusal is not surprising. A report by the King’s Fund highlights substantial financial cuts and a lack of inpatient facilities. The effect of this is thus,

Bed occupancy in inpatient facilities is frequently well above recommended levels, with community services, in particular crisis resolution and home treatment teams, often unable to provide sufficient levels of support to compensate for reductions in beds. This is having a negative impact on safety and quality of care.

And although the UK government publicly states their commitment to mental health, this is how that translates into their efforts in parliament:

This needs to change, with this case surely proving beyond doubt the importance of ensuring proficiency in mental health services.

It also provides the rare opportunity to look into the causes of extremist behaviour. Muhaydin’s brother seems skeptical of the notion that he was radicalised, but with reports saying he declared he was “doing it for Syria”, that link now exists in the nations psyche.

It is often stated that all those drawn to radical actions are merely “monsters”. That the acts themselves are barbaric is undeniable, but the conditions that lead to these crimes are generally more nuanced. In this case, it seems the “demons” and “paranoia” Muhaydin experienced may have played a role in his actions, and that authorities tragically failed to recognise the seriousness of his condition.

There has also been some discussion of the role of other factors attracting people to extremism. As the brother of David Haines, who was beheaded by ISIS (Daesh), notes here:

This is why people like Montasser Alde’emeh, a Palestinian academic and writer, have set up organisations to try and deradicalise people who have returned from Daesh’s control. Such efforts to get to the root of the problem, rather than dramatic declarations to cut off “the head of the snake”, is a road largely untested. We have continued to fight fire with fire for the last fourteen years, with only more violence, and immense profits for defence companies, as a result.

If he is serious about tackling this problem, Cameron surely should properly test the merit of this alternative. If the UK had spent even a fraction of the money wasted on bombs and militarism in the ‘war on terror’ on increased mental health funding and social engagement programs, who knows what progress would be made by now.

Perhaps, after all these failed years in our fight against extremism, it is time to find out.