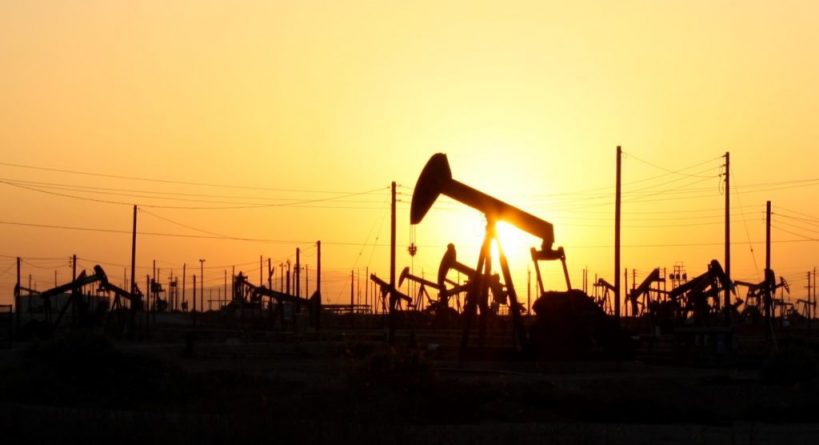 Turkey has been under scrutiny for some time now over its alleged role in allowing ISIS (Daesh) to thrive financially. Notoriously by failing to clamp down on oil smuggling operations and – according to Russia – by buying oil from Daesh itself.

Now, an investigation published by al-Araby has revealed that Israel may be one of the main clients for oil produced in Daesh territories. The article, “Raqqa’s Rockefellers“, details exactly what happens to the crude, from the first sale to the money-laundering activities that ultimately support Daesh financially.

What emerges is a very complex network of covert smuggling operations run by Turkish and Kurdish mafias who – thanks to several brokers and middlemen – export the Syrian and Iraqi oil from Turkey to a number of places, notably the port of Ashdod in Israel.

The oil is first produced in Daesh-controlled oilfields in Syria and Iraq. Estimates on production range between 30,000 and 45,000 barrels per day in these oilfields. Afterwards, the oil is taken to Zakho, an Iraqi Kurdish town very close to the Turkish border, where it is sold to criminal organisations for a very low price. One Iraqi official, who has been working with US intelligence services to stop terrorist financial streams, explained the process to al-Araby:

After IS oil lorries arrive in Zakho – normally 70 to 100 of them at a time – they are met by oil smuggling mafias, a mix of Syrian and Iraqi Kurds, in addition to some Turks and Iranians. The person in charge of the oil shipment sells the oil to the highest bidder.

After this, the oil is no longer in Daesh’s hands and the operation goes completely underground. The mafias take control of the oil, label it and sell it on as oil from the Kurdistan Regional Government (KRG). The KRG has firmly denied any cooperation with Daesh, but this deal has everything to do with organised crime and illicit trade not the KRG.

As Reuters reported in November 2015, the KRG has found a way to bypass the Iraqi government in order to transport its oil to the Turkish port of Ceyhan. Since Baghdad has repeatedly threatened to sue anyone who goes near Kurdish oil and has refused to give any concessions to the KRG, more discreet trade agreements, kept secret by all those involved, had to be made.

Since the summer of 2015, Kurdish oil is reportedly being sold to 10 countries. Nonetheless, KRG oil is technically illegal, and this has enabled criminal networks to use the same mechanisms to smuggle oil produced in Daesh-controlled territories.

Once in Turkey, it becomes impossible to tell the difference between Daesh oil and Kurdish oil. In both cases, it is sold as “illegal”, “source unknown” or “unlicensed” oil.

According to al-Araby, the mafias involved then take the oil to the town of Silopi, near the border. There, it is handed over to one “Uncle Farid”, an Israeli-Greek broker who owns an import-export business that he uses to mediate between the smuggling mafias and the oil companies that then export the oil to Israel.

Three oil companies reportedly compete to buy the illegal oil from Uncle Farid, although their names have not been disclosed. After leaving Silopi, the Iraqi official explains that the oil is taken to the Turkish ports of Mersin, Dortyol and Ceyhan, where it is shipped onto containers and taken to Israel.

Is this a fake?

One would expect that news of Israel importing oil from Daesh – even by accident – would be readily picked up by some Western media outlet, and yet there has been almost no coverage of this in the Western media to date. Obviously, to say that Israel or the KRG are somehow complicit in funding a brutal terrorist organisation such as Daesh is a very serious accusation, however, there are several reasons to believe the al-Araby investigation.

Firstly, a report published by two marine engineers at the University of Greenwich makes a similar case. George Kiourkstoglou and Alec Coutroubis explored the possible connections between exports of crude oil from Ceyhan and the growth of Daesh. Although they emphasised that their findings “cannot be categorical,” they noted that several spikes in the demand for ultra-cheap oil corresponded with significant military victories for Daesh:

It seems that whenever the Islamic State is fighting in the vicinity of an area hosting oil assets, the exports from Ceyhan promptly spike.

The authors of the report speculate that this might be so that Daesh can receive immediate funding, which is badly needed for weapons and ammunition.

Secondly, news emerged over the summer that Israel imports 77% of its oil from Iraqi Kurdistan. When asked to comment, Israel’s National Infrastructure, Energy and Water Ministry said it “does not deal with the sources of oil imported by private companies”.

Thirdly, Daesh oil accounts for less than 10% of the 500,000 barrels per day that are exported from Iraqi Kurdistan. It’s a relatively inconsequential amount and one that can be easily concealed, especially when taking into account that all of the KRG oil is, as a matter of fact, illegal too.

According to Kiourkstoglou, this suggests corruption by middlemen and those at the lower end of the trade hierarchy, rather than institutional abuse by multinational businesses or governments.

In fact, al-Araby reports that even Daesh is unaware of who their oil goes to. One individual apparently close to the Daesh hierarchy told the Qatari news outlet:

The organisation [Daesh] sells oil from caliphate territories but does not aim to sell it to Israel or any other country.

It produces and sells it via mediators, then companies, who decide whom to sell it to.

Criminal organisations and mafia networks are a wild card in the region, running underground operations that are in fact propping up Daesh financially. Turkey’s role in this is pivotal. On Friday 4 December, hundreds of Turkish soldiers crossed the Iraqi border near Mosul, reportedly to train the Kurdish Peshmerga forces there. Incidentally, this is the same area where al-Araby claims Daesh oil is being smuggled from.

It is clearly too early to speculate on Turkey’s intentions in the area, however, military intervention in the Mosul region could deal a heavy blow to Daesh’s oil trade – that is, unless Putin is right and Turkey is somehow complicit in smuggling Daesh oil. Either way, the region between Mosul and the Turkish border seems set for an escalation in the Kurdish war against Daesh.

Given the commitment of NATO and the US-led coalition to eradicate Daesh, the knowledge that Daesh’s oil is making its way onto the black market should alert policymakers to the fact that what is needed is smarter strategies, rather than more airstrikes and bombing campaigns. This must include a demand that Israel stops funding Daesh via the importation of cheap oil.