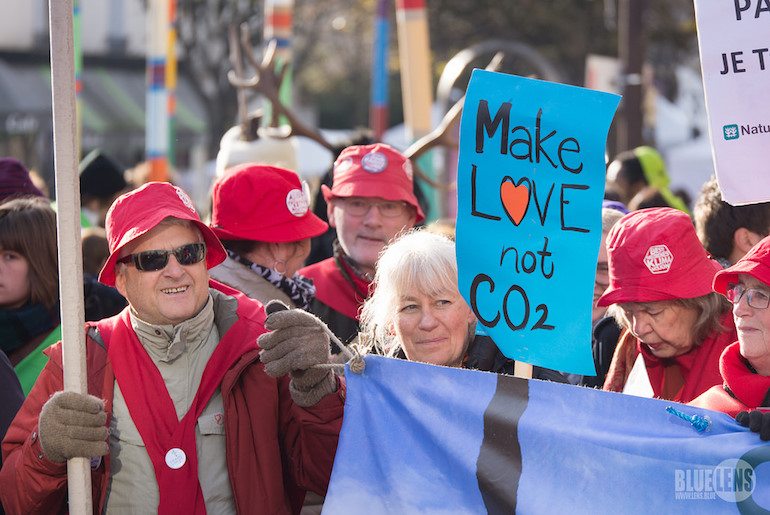 After two long weeks of climate negotiations – with leaders often working through the night – we’re still waiting for a conclusion to the COP climate talks. In the meantime, there are things we can all do to help limit climate change.

In the last month we’ve seen devastating floods in south India, most notably in Chennai, which killed an estimated 400 people and are likely to cost the country $3bn. Closer to home, flooding in Cumbria destroyed 6,000 homes.

Climate change is a very real – and very immediate – problem. But will the world agree on an action plan to limit the global temperature increase to 2C or even 1.5C? Will the “high-ambition coalition” inspire other countries to take more drastic action?

Hopes aren’t high, and the draft text has already been criticised for “significantly watering down ambition.” Despite his lack of resolution at home, Cameron made a big impression with his “passionate appeal” to fellow conference delegates in Paris last week:

Instead of making excuses tomorrow to our children and grandchildren, we should be taking action against climate change today.

Even if world leaders are preparing their excuses, we don’t have to. The actions of the world’s 7 billion people all have an effect on our climate, and by making smart choices we can help limit the devastation, even if world leaders cop out. Here are five things you can do to take control.

After one week of negotiations at COP21, UN Secretary General Ban Ki-Moon said there would be no perfect solution, but he urged nations to work together to find a compromise. He said:

Today, as never before, the stars are aligned in favour of strong, concerted action on climate change.

Alden Meyer, director of strategy and policy for the Union of Concerned Scientists in Washington DC, told Nature:

Everyone knows that you are not going to get everything done here. But we really need to get the big issues solved.

Instead of relying on leaders at COP21 to come up with the action plan, perhaps we should start taking responsibility ourselves for the future of the planet and the wellbeing of our children and grandchildren.