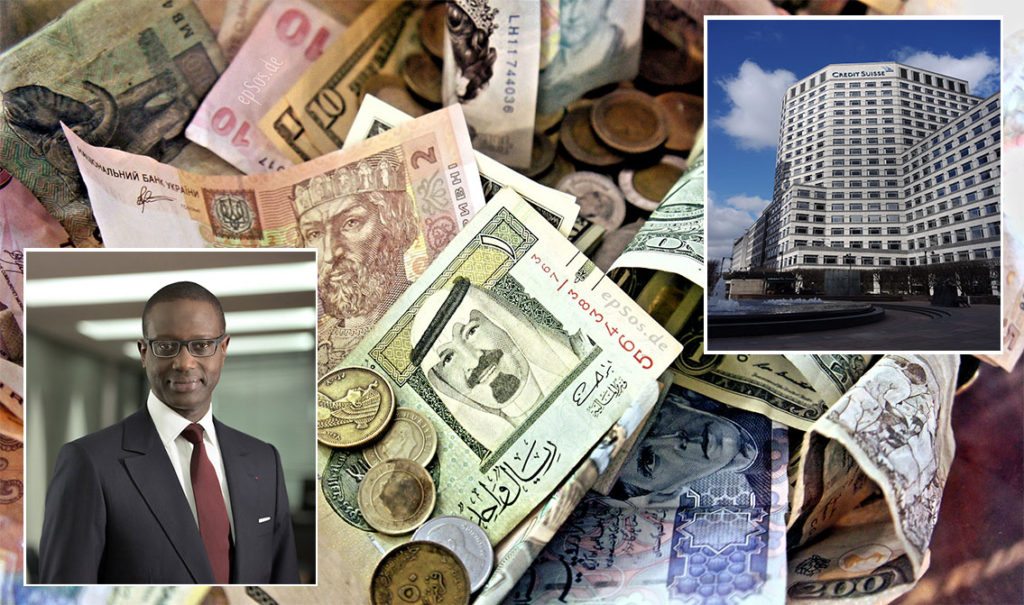 A millionaire city banker has proposed cutting his bonus by up to half in an ‘act of solidarity’ with 4,000 staff he gave the boot.

Tidjane Thiam, new chief executive of Swiss investment bank Credit Suisse, asked the bank’s board for a “significant” reduction in his bonus because of falling profits and job cuts.

Mr Thiam suggested a reduction of between 25- to 50-percent to his multi-million-pound bonus after the bank recorded its first annual loss in eight years.

Speaking to German newspaper SonntagsZeitunge, the French-Ivorian dual national said he can’t demand sacrifices from others “and not make any myself”.

But thankfully, Mr Thiam will hardly be out of pocket as reports say he netted a pay packet worth £41m in his five years in charge of Prudential, Britain’s largest insurer.

He stepped down from the helm at Prudential last summer before jumping ship to Credit Suisse, where he is implementing sweeping changes to their structure in a bid to make savings.

The bank said they are “not giving numbers at the moment” about the scale of the cut in Thiam’s bonus, reports say.

In a statement, Thiam said:

I have asked the board of directors for a significant reduction in my bonus.

Within the management team, the cut is greatest in my case.

I cannot demand sacrifices from others and not make any myself.

Thiam’s pledge to slash up to half of his bonus raises questions over the parity of his “sacrifice” with the thousands of staff he kicked to the curb. And more to the point, shouldn’t a bonus represent a reward for extraordinary performance rather than falling profits and job losses?

Speculation has been rife as to how much Credit Suisse offered him to leave Prudential after he won acclaim for turning the company into Britain’s most successful insurer.

His predecessor at the Swiss bank, American Brady Dougan, landed £6.7 million before he was pushed aside by Thiam, who has now secured a place in the top five FTSE 100 chief executives’ pay list.

If you listen carefully, you can hear the sound of the world’s smallest violin being muffled by stacks of money.

Support bitcoin as an alternative currency

Support Positive Money, a movement to democratise money and banking so that it works for society and not against it.