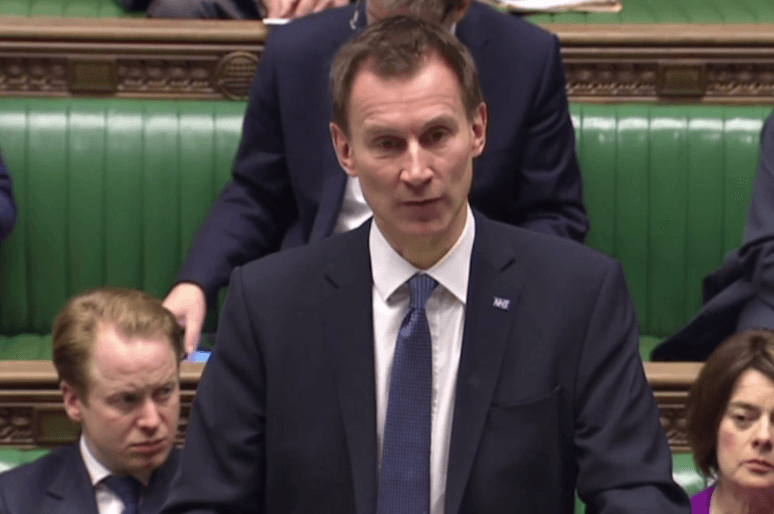 Jeremy Hunt has announced he will unilaterally impose the 7-day NHS contract on junior doctors.

The new contract was shaped by Sir David Dalton, the Chief Executive of Salford Royal NHS Foundation Trust, who enjoys a salary of £232,600 per year. This is over 10 times the initial basic salary of a junior doctor. He also published a report looking at private companies running the NHS in 2014.

Sadly, despite this progress and willingness from the Government to be flexible on the crucial issue of Saturday pay Sir David Dalton [the Government’s chief negotiator] wrote to me yesterday warning that a negotiated solution is ‘not realistically possible’.

The contract redefines Saturday work from 7am-5pm as ‘social hours’- with no pay increase, but offers a 30% premium for junior doctors who work more than one in four Saturdays. Hunt also announced he would lift basic pay from an 11% rise to a 13.5% rise. However, junior doctors called the rise a “cynical attempt” to “manipulate the figures”, claiming it would in fact amount to a real-terms pay cut of 26%, because of extra hours worked.

With extra funding, must come reform to deliver safer services across all 7 days.

It’s the Conservatives now who are the true party of the NHS.

However, there is a gaping hole in Hunt’s claim that his imposed contract will bring safer services for patients. The NuffieldTrust thinktank has found:

This is entirely unsustainable. The Conservative government’s austerity programme is a threat to the safety of patients, and the imposed contract does nothing to address the gaping hole in funding.

The Department of Health just received an emergency bailout of £205m, but even this is taken from the budget for 2016-17. The Tories are deliberately setting the NHS on course to crash and burn, so the private sector can swoop in and ‘save the day’. Indeed, public dissatisfaction levels with the NHS are at the highest level for 30 years. This is all part of the plan.

Hunt co-authored a book calling for the NHS to be replaced with a privatised insurance system, back in 2005. Accordingly, the Health and Social Care act back in 2012 legally abolished the NHS as a public service, opening it up to privatisation. In 2014 alone, 40% – £3.54bn – of new NHS contracts were awarded to private firms.

The furious Shadow Health Secretary Heidi Alexander slammed Hunt for not even bothering to turn up to the Commons earlier in the week, during such a pivotal moment for the future of the NHS:

So much for a seven-day health service, a five-day-a-week Health Secretary would be nice.

What we have heard could amount to the biggest gamble with patient safety this House has ever seen.

She also warned of a mass exodus of junior doctors, citing an online petition showing that 90% would quit if Hunt imposed the contract. Indeed, they are already threatening to resign:

She even questioned the legality of imposing the contract, asking:

Hunt failed to address the legality of his plan.

We have fewer doctors and nurses in the NHS than any other European country. He is trying to stretch an overworked and stressed workforce.

He retorted to Hunt’s claim that the contract was about providing a 7-day NHS:

He can come and see me on Saturday, I’ll be at work. We already provide a 24/7 service.

He then hit the nail on the head:

Hunt knows this. But, by trying to impose this contract on an already stretched workforce Hunt will cripple the NHS further, bolstering his argument for privatisation. Another junior doctor responded:

If a contract is imposed upon us, it will be the death knell for an institution we hold very dear to our hearts.

Last July, the government quietly proposed an inquiry into moving towards a pay NHS. And, they are avid supporters of the ‘free-trade’ deal TTIP, which could cement existing NHS privatisation.

This is the aim of the Conservative party: For profiteering private companies, like Virgin, Circle, Bupa, Serco, UnitedHealth and even Lockheed Martin, to feast upon our public health service.

-Express solidarity with the junior doctors on Twitter with #JuniorDoctorsStrike.