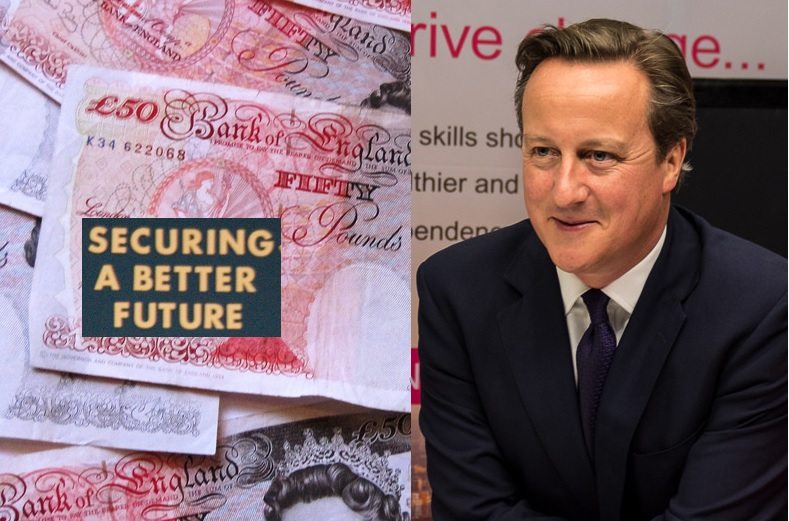 Corruption in the Conservative government is a hot topic this week. Following an announcement by Greg Clark, the Communities and Local Government Secretary, that a £300 million relief fund will be distributed to struggling councils, many have questioned the motivation behind the move.

Labour’s analysis of the funding shows that an overwhelming majority of the cash is going to Tory councils, potentially in an attempt to stave off an imminent revolt within the party.

According to one Conservative peer, Gary Porter, the relief fund has been allocated to go towards:

easing the financial pressure on those local authorities who were adversely affected by the method of allocating funding.

The reason why many councils have been “adversely affected” by the allocation of funding is because most of it has been, in fact, withdrawn. Indeed, the Conservative government has slashed council budgets by around 40 per cent. So far, it is largely the poorest Central and Northern communities that have been hit the hardest. However, the generous relief fund will barely reach these areas. Instead, 83 per cent of it is going to Southern Tory councils, such as Surrey, Hampshire and Hertfordshire. David Cameron’s own Oxfordshire constituency will also receive a piece of the pie, raking in £9 million from the fund.

The seemingly preferential allocation of the funds could be due to rising levels of anger in Conservative constituencies, as they start to feel the impact of cuts in funding reaching their areas. Conservative-run East Sussex has written to the Prime Minister stating:

The cuts will significantly reduce the quality of life for many people in East Sussex.

Oxfordshire County Council has also expressed concerns over the reductions. Council leader Ian Hudspeth even wrote to Cameron, reminding him that he

worked hard to assist [Cameron] in achieving a Conservative majority.

As we reported yesterday, Oxfordshire County Council are set to close all their children’s services centres as a result of the cuts, and even Cameron’s own mum and aunt have pledged opposition to the closures.

The particular timing of the funding announcement is deeply suspicious. As Steve Reed, Labour’s Local Government Minister, has pointed out:

Councils in poorer areas have suffered much harsher cuts since 2010 but they are getting next to nothing. The Tories have picked millions of pounds from taxpayers’ pockets to buy off their own MPs when faced with a rebellion in the run-up to local elections.

The “rebellion” Reed mentions was meant to start on Wednesday 10 February, when the Government Finance Settlement – which determines the financial contributions from central government to councils – is voted on in Parliament. Rumours have been circulating that many angry Conservative MPs would vote against the agreement. But with their councils now guaranteed many more millions of pounds in their ‘settlement’, it’s likely that such rebellious spirits will subside.

It appears that Cameron may have bought off his MPs, just as in the past he may have also bought by-elections, as we discovered yesterday.

This is not unique in the history of UK politics. Studies have found a certain level of bias in the allocation of funding from the Thatcher era, through Blair, and into the current Cameron leadership. On average, the party in government allocates around 17 per cent more money to partisan councils.

This sort of bias is morally reprehensible for any Prime Minister – who is meant to represent all citizens – but particularly so in an age of crippling austerity. If the news is confirmed, it is also likely to be a breach of the ministerial code, which explicitly states:

Where Ministers have to take decisions within their departments which might have an impact on their own constituencies, they must take particular care to avoid any possible conflict of interest.

An investigation needs to be carried out into the way this funding is allocated. If, as it turns out, these constituencies did receive money for party political reasons, rather than absolute need, the Conservative party needs to be reprimanded. This sort of corruption flies in the face of democracy. And it has no place in the UK, or its government.

Write to your MP to request an investigation into the funding.

Support The Canary so we can keep bringing you this news.