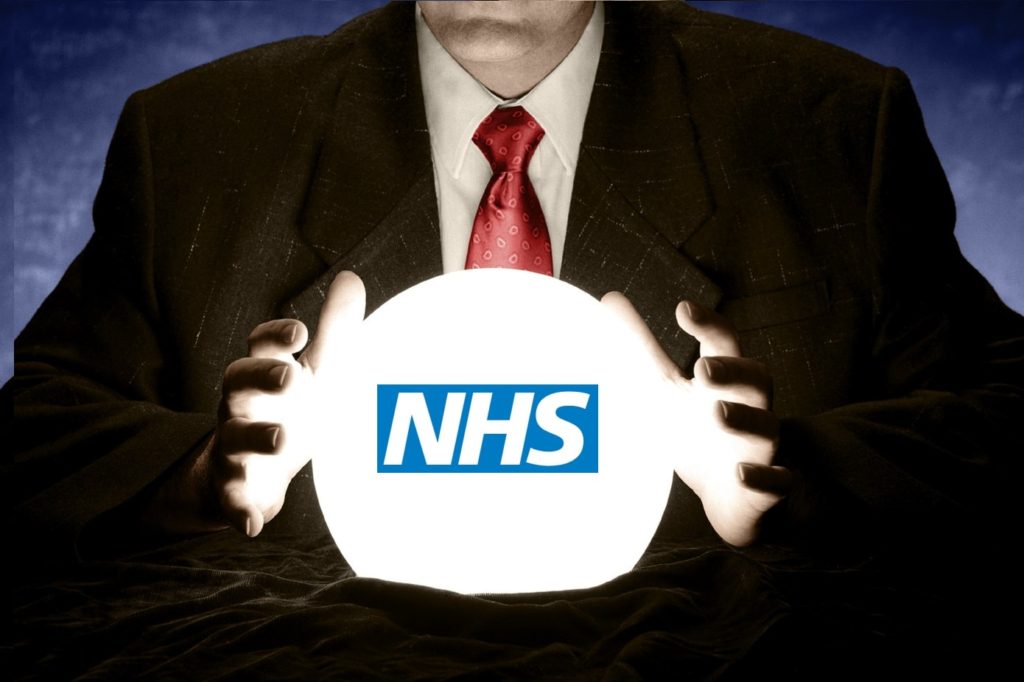 Sadly, despite this progress and willingness from the Government to be flexible on the crucial issue of Saturday pay Sir David Dalton [the Government’s chief negotiator] wrote to me yesterday warning that a negotiated solution is ‘not realistically possible’.

The independent Dalton review was set up to improve care and learn from other world-leading health systems and categorically not about furthering privatisation in the NHS, as we made clear when we launched the review.

In a further attempt to claim a mandate for the imposed contract, Hunt said:

Along with other senior NHS leaders and supported by NHS Employers, NHS England, NHS Improvement, the NHS Confederation and NHS Providers, he has asked me to end the uncertainty to the service by proceeding with the introduction of a new contract that he and his colleagues consider both safer for patients and fair and reasonable for junior doctors.

The CEO of NHS Confederation is Robert Webster, who sparked outrage in late 2014 for suggesting that patients should pay for their “hotel costs”:

Do we think about increasing our tolerance for longer wait [for care], or do we say ‘NHS funding is only for the health aspects of care and treatment’, which means patients being asked to cover their hotel costs for bed and board?”

Webster apparently thinks falling ill and having to go to hospital is akin to treating yourself to a hotel.

Following suit, the CEO of NHS England Simon Stevens, who has a background in private US healthcare, defended privatisation in 2014:

But the tests we should be applying are that we think like a patient and act like a taxpayer and sometimes there will be a case for whether you need a hip operation [being paid for by the NHS but carried out in the private sector].

Stevens also championed the role Private Finance Initiatives (PFIs) played in NHS funding during Tony Blair’s New Labour government, in which he was a health adviser from 2001-2004:

The scheme had given the NHS important new and modernised hospitals.

PFIs are essentially a scam where the public rents its institutions from the private sector at astronomically higher prices than if we just built it ourselves. Stevens is either ignorant or disingenuous here; we could build modern hospitals ourselves, for much cheaper. PFIs have saddled the NHS with billions in debt to be paid off every year.

Stevens also failed to speak out against the ‘free-trade’ deal TTIP, which could open the NHS up to further international competition, and cement current privatisation in place.

The NHS providers CEO Chris Hopson was a former aid to Tory minister David Mellor, and wanted to stand for the Tories, as revealed by blogger Tom Pride:

National Health Service (NHS) bosses defended the decision to privatize community child health services in Wiltshire, saying it would offer a solution to shortcomings in providing “consistent” care across the county.

These were privatised under a £64m deal with Richard Branson’s Virgin Care.

While it’s fair that public sector workers should earn good money, like the private sector, it does not need to be that polarised. NHS bosses are earning 10 times what junior doctors earn. Only by cutting their pay by £100,000 – leaving them with a still very healthy salary – could we have an extra £4.6m for the NHS per year. Why are the junior doctors being squeezed while the fat cats are left to greedily slurp from the public milk?

NHS bosses are enjoying obscene salaries, championing privatisation and supporting a contract that will push the NHS to breaking point. This is the aim of the Conservatives: squeeze the NHS in order to manufacture the argument for privatisation. The Tories promised an extra £8bn funding for the NHS over the election, but they kept quiet about their other plan: £22bn in ‘efficiency savings’, which some of us would call cuts.

The NHS cannot continue functioning like this, but that’s the idea: private companies will then have a greater mandate to pick up the pieces. The imposed contract will stretch an understaffed, overworked and stressed workforce even further, and could cause a mass exodus of doctors, as 90% signed a petition that they would resign if it was forced upon them.

-Tweet your support for junior doctors using the #JuniorDoctorsStrike hashtag.
-Sign the official petition against the Junior Doctors’ Contract, which expires in March 2016.
-Sign the petition to Save Our NHS.
-Help to stop the Transatlantic Trade and Investment Partnership (TTIP), a treaty that could prevent the reversal of NHS privatisation, and open it up to international competition.
–Support the Canary so we can continue to report on our NHS.