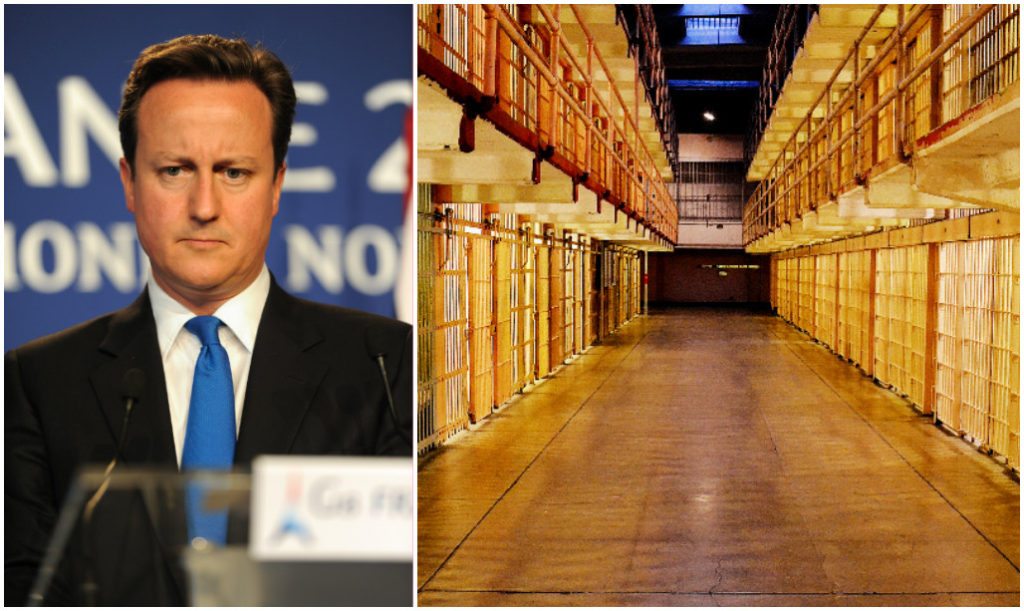 Convicted extremists in the UK could soon be isolated and placed in a single secure unit, in a bid to stop Islamist radicalisation in prison. The full extent of the proposal will figure in an upcoming review by Justice Secretary Michael Gove. However the prospect of a ‘British Guantanamo‘ has already sparked alarm among prison chiefs.

This new proposal is due to be published in March. According to experts, it will set the stage for a radical change in the way the state treats people convicted of extremism. Instead of dispersing them across six maximum security prisons, they could all end up in the same place. Supposedly, this will ‘minimise’ the risk of radicalisation for other prisoners.

Were we to think of Islamist extremism as an infectious disease, the proposal could make sense. Like lepers, convicted terrorists would be completely cut off from the world. Thus they would be unable to spread the ‘infection’ that is Jihadist propaganda.

The problem is, extremism is not an infectious disease, not in that sense. As such, there are several reasons why it is dangerous and wrong-headed to treat it as such.

The war on extremism takes to the prisons

According to David Cameron, fighting extremism must become part of the government’s new attitude towards treating inmates. During a recent speech, he said:

We have around 1,000 prisoners who have been identified as extremist or vulnerable to extremism.

And we know, through intimidation, violence and grooming, some of these individuals are preying on the weak, forcing conversions to Islam and spreading their warped view of the world.

We will not stand by and watch people being radicalised like this while they are in the care of the state.

And I want to be clear: I am prepared to consider major changes: from the imams we allow to preach in prison to changing the locations and methods for dealing with prisoners convicted of terrorism offences, if that is what is required.

However, according to one counter-terror expert, this strategy is liable to backfire. Professor Peter Neumann is director of the International Centre for the Study of Radicalisation at Kings College, London. He told The Guardian that the proposal could make the situation much worse:

With large numbers of ‘lone operators’ who may not be particularly ideological and who have failed to join the command and control structures of groups like IS, the risk of them connecting with ideological and operational leaders while imprisoned is real.

In other words, a policy of concentration may inadvertently help to create the kind of hierarchical organisation that the terrorists found it impossible to create outside.

This means that, while it is important to counter Islamist extremism in prison (nobody is denying that extremism thrives in British prisons), putting all potential terrorists in the same wing or prison unit is probably the worst way to do it.

If it happens, there is a very tangible risk that so-called ‘lone operators’ will find their beliefs and convictions reinforced by their peers. Given the global reach of terrorist organisations such as ISIS and their technologically-savvy recruiting strategies, this will simply make communication among potential recruits easier.

At its core, the idea of segregating convicted extremists in specialised units is grounded in a belief, not in fact. The belief in question is that Islamist ideology is the single determining factor in the process of radicalisation. If you stop the ideology from spreading, the idea goes, you stop terrorism.

But as experts in the field have tried to explain time and time again, this understanding of radicalisation is itself completely misguided. It has no grounding whatever in empirical evidence, and yet it is still the main guiding concept for our counter-terrorism policies.

What do we mean by extremism, anyway?

Arun Kundnani is a leading expert in the studies of terrorism and counter-radicalisation. Kundnani argues (PDF doc) that when policy-makers talk of radicalisation and extremism, they are not addressing the full question. Policy-makers should be looking at wider questions regarding the social and political context surrounding terrorist extremism. Instead, they are taking a very narrow view of the phenomenon:

Why do some individual Muslims support an extremist interpretation of Islam that leads to violence?

In this way, our policy-makers are choosing to focus on the particular ‘anti-British’, ‘anti-democratic’ and ‘illiberal’ features that define – in their books – a home-grown jihadist. After all, extremism is explicitly defined by the Home Office (PDF doc) as “vocal or active opposition to fundamental British values”.

As we have argued elsewhere, this particular definition of extremism means that virtually anyone can be accused of holding extremist ideas. The beholder just needs enough imagination, and he or she can interpret almost any action witnessed in such terms. And is a person imprisoned for the ideas they hold not a form of political prisoner?

The issues these vagueries raise regarding the supposed radicalisation of Muslim inmates need far greater clarity. Yes, there is such a thing as extremism in British prisons, but what the Government might choose to include under that banner may well be more than what anyone else would choose.

As a result, its effect may be to nurture extremist ideas rather than to discredit them. Therefore, when David Cameron suggests inmate segregation as a solution, it would be very dangerous just to accept it without demanding to know more.

-Oppose radicalisation by standing Together Against Prevent. Shutting down debate under the cover of ‘extremism’ won’t work, only dialogue and openness can succeed.
-Consider joining Liberty, who are tireless campaigners to reform draconian anti-terror legislation in the UK.
-Support The Canary so we can keep growing as an independent voice in British media.