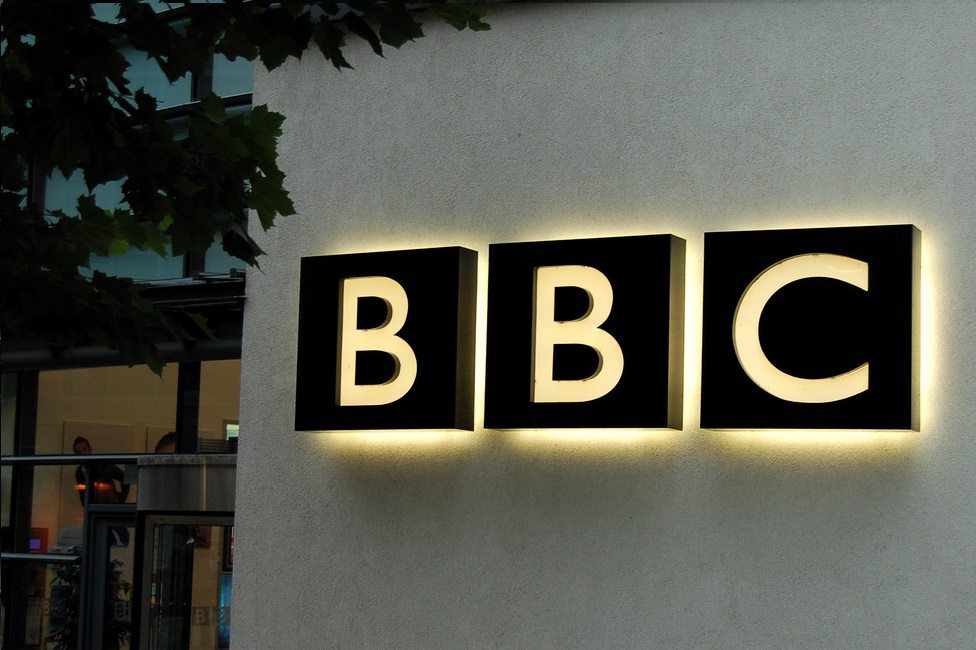 Our public service broadcaster has failed to hold the Tories to account yet again, this time over their latest broken manifesto pledge. The BBC just revealed that the Tories have cut mental health funding for the NHS by 2% from 2013/14 to 2014/15.

This is another revelation that is contrary to the Conservatives’ manifesto: 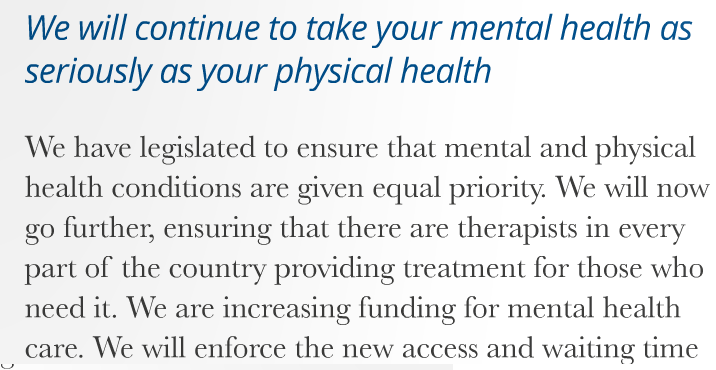 Their manifesto reads “we are increasing funding for mental health care”, while it was being cut from 2013-15.

The BBC not only omitted this from the article, but also advertised a ‘manifesto checker’ in the side-bar on their website:

Maybe if the BBC spent less time designing an emblem that looks like the title sequence of a movie starring Nicholas Cage, and more time monitoring the Conservative party, the Tories wouldn’t keep getting away with it.

We can assume the function of a ‘manifesto checker’ is to maintain the legitimacy of the Conservative’s mandate to govern. Breaking their promises brings into question their democratic credibility, without a transparent and well-justified explanation. However, mental health funding was not the only pledge the BBC’s manifesto checker failed to sufficiently scrutinise.

The utility has three categories for the policies it lists:

The Health section of the manifesto checker categorises the government’s promise to provide the NHS with £8bn in extra funding by 2020 as “policy has been delivered”.

The chancellor recommitted to this in the July 2015 Budget and subsequent Spending Review.

Recommitting to a pledge does not constitute delivery. This policy should be in the red category, because recommitting to a policy constitutes “little or no progress”. Especially when this is happening in the context of £22bn worth of ‘efficiency savings’, which is Tory language for cuts. Also, according to the Nuffield Trust’s renowned think-tank, the number of patients attending hospital in an emergency is up 3.6% annually, while funding is only up 1% per year. Not only is this unsustainable, but it’s completely at odds with a sufficient increase in funding.

Numbers mean nothing without the context surrounding them. £8bn just sounds like a large number to readers and is misleading.

Just because a pledge checks out within its own narrow parameters does not mean relevant context and its likely implications should not be provided. Especially when it represents a straightforward contradiction.

Similarly, the manifesto tracker categorises the pledge “increase NHS spending every year” as “policy has been delivered”, citing again that Osborne had ‘recommitted’ to it. Again, the so-called manifesto checker conflates ‘recommitting’ to a policy with delivering it. And according to independent monitors like the Nuffield Trust, current Tory health spending is, on the contrary, unsustainable.

Besides, they could be increasing spending by a few peanuts and that would tick the box. The pledge should state: “Increase NHS funding by enough every year to keep it running smoothly”. The policy is so vague that anyone could deliver it through monthly £1.50 donations.

If the Conservative party were not consistently disingenuous, perhaps this would be a less damning transgression. Any manifesto checker worth its salt should not just include whether the government keeps manifesto pledges, but also anything they have done that they failed to mention. Otherwise the Tories will not be held to account, even though their mandate to govern has been undermined.

In the education section of the manifesto checker there is no mention that the Tories have scrapped the maintenance grant for low-income university students. This is despite there being no word of it in their manifesto.

Neither did it note in the welfare section that the Tories’ have in fact cut child tax-credits, even though David Cameron categorically stated on BBC television he would not.

However, most significant is this: creating a lousy manifesto tracker is worse than not creating one at all. The BBC readership will now assume the Tories have been challenged on their electoral commitments and have done pretty well in the process. This, in turn, upholds the Conservative’s integrity in public discourse, when really, it is in tatters.

That is an affront to democracy. If the Tories are disingenuous, misleading or break the policies they were elected to deliver, their mandate to govern has been undermined. The duty of the BBC and any credible ‘manifesto checker’ is to inform the public of this.

-Write to your MP to express any discontent.

-Support The Canary for free and fearless journalism that seeks to hold the powerful accountable.

-Complain to the BBC here.