Corbyn wins 18 elections by a landslide, the media's silence is deafening - The Canary 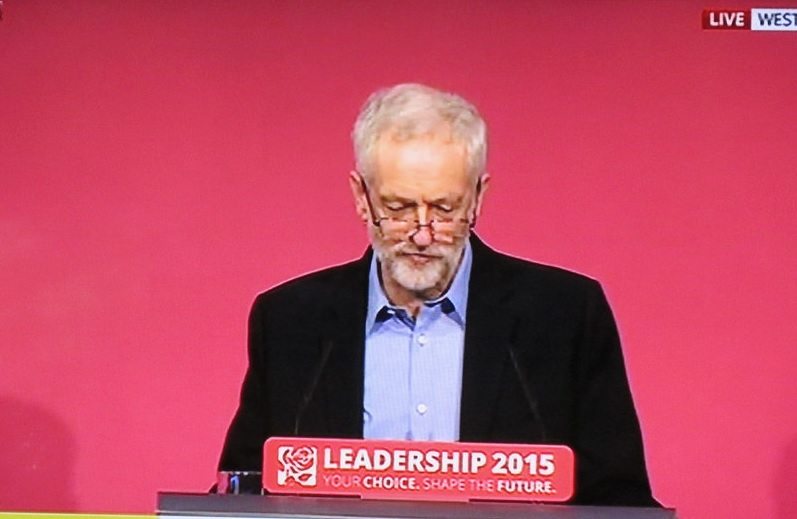 Jeremy Corbyn was given a decisive mandate from Labour’s youth wing in party elections on Thursday. On regional boards and Young Labour’s national committee, 18 seats were up for grabs and Corbyn supporters won every one.

This is a sweeping success for the Labour leader, and for Momentum – the grassroots organisation set up following Corbyn’s leadership win. It could be a sign of things to come at next weeks annual conference for the party’s youth wing, where pivotal roles, of the chair and National Executive Committee representative, will be decided.

But this landslide victory has barely been reported in the media. Highly influential institutions like the BBC consider non-events, such as Russian planes flying close to UK airspace, worthy of top story attention. But when it comes to developments that could have a huge impact on our democracy, such as who people want to lead the country, they simply pass on by.

As is glaringly obvious, despite protestations, the majority of mainstream media outlets have a particular leaning. The Telegraph is a Tory rag. The Mirror dresses to the left. The Guardian likes to think it is somewhere in the middle. The BBC, however, is an entity unto itself, as a public service broadcaster. This status leads people to believe that it is generally balanced.

But, as we reported yesterday, that is not the case. Veteran BBC journalist, Meirion Jones, spells out clearly what drives the BBC:

People ask me is the BBC biased, and my answer is that the fundamental corporate bias is pro-government, regardless of party. It’s the licence fee – stupid. Of course not every story will be pro-government but the overwhelming narrative will be.

Under the current Conservative leadership, it would not be considered ‘pro-government’ to lead with headlines about how well the opposition leader is doing. Unfortunately for the BBC, this is to their own detriment. If they acted based on a ‘pro-BBC’ bias, rather than ‘pro-government’, they would be more likely to maintain their own existence.

The Conservative government is currently undertaking a charter review of the BBC, as its existing charter is due to expire at the end of this year. The culture secretary John Wittingdale has been critical of the institution and, upon his appointment, many media outlets expressed excitement that this meant the “Tories had gone to war on the BBC”.

By contrast, Jeremy Corbyn has recently spoken out against the UK government’s “menacing of the BBC”, despite its bias against him. The institution is keeping to their ‘pro-government’ agenda, despite the fact they would fare better under the leadership of the current opposition. Go figure.

Perhaps Corbyn’s resounding victory in these Labour youth elections is not being reported precisely because of their youthful nature. The Conservatives have been particularly callous in their policies for young people. Children’s services are being axed under the austerity strain. Student fees have risen to £9,000, university maintenance grants have been cut, and plans for the removal of housing benefit for 18-21yr olds are afoot. As Owen Jones wrote back in 2012:

It’s as though the Tories are trying to raise a generation to hate them.

However, the reasoning behind the Conservative’s policies on young people may not be that emotive. If the Tories don’t believe the young will vote, then anyone under 25 simply won’t matter to them. The media silence on these youth elections reflects that.

The outcome is newsworthy, though, because it proves the Tories wrong. Young people do vote. There is also an interesting caveat that speaks volumes. The voter turnout in the elections was low, reportedly only 3.5 percent of those eligible to vote did so. But, as detailed, all of the seats went to Corbyn supporters. This suggests that of the 50,926 party members able to vote in the elections, only the Corbyn supporters felt they had something to get out and vote for.

This is a testament to the popularity of Corbyn’s policy positions. It is also indicative of a rare ability in politicians these days. As this mother notes, whilst describing her family’s viewing of Labour’s latest party political broadcast:

But I saw a look on my son’s face during that broadcast that I haven’t seen for a long time. He looked hopeful.

Hope is the driving factor behind the Corbyn surge. Hope is also making many in the US #feelthebern. Corbyn gives people hope that they can influence politics, that a world can be created that is fair for all, not just for the few. This is the Corbyn guarantee, as he has pledged himself:

the commitment I give to you is that a Labour Government will put the people back in power.

The Conservatives have built a platform based on entitlement, selfishness and fear. All the propaganda they spread claiming that Corbyn is a “terrorist-sympathising” threat to national security, does not distract from the real danger they themselves pose.

The current UK government is a threat to our national security, the NHS, workers rights, the disadvantaged, and our democracy itself. Young people know this, and they are taking a stand. Regardless of whether the media ignore their views, they are shaping the world to come.

The current government fears that in the local elections on 5 May this year, “Jeremy Corbyn will take power”. These Labour youth elections could be a harbinger of that.