Brexiters are right to hate the EU, but there's another way out (VIDEO) - Canary 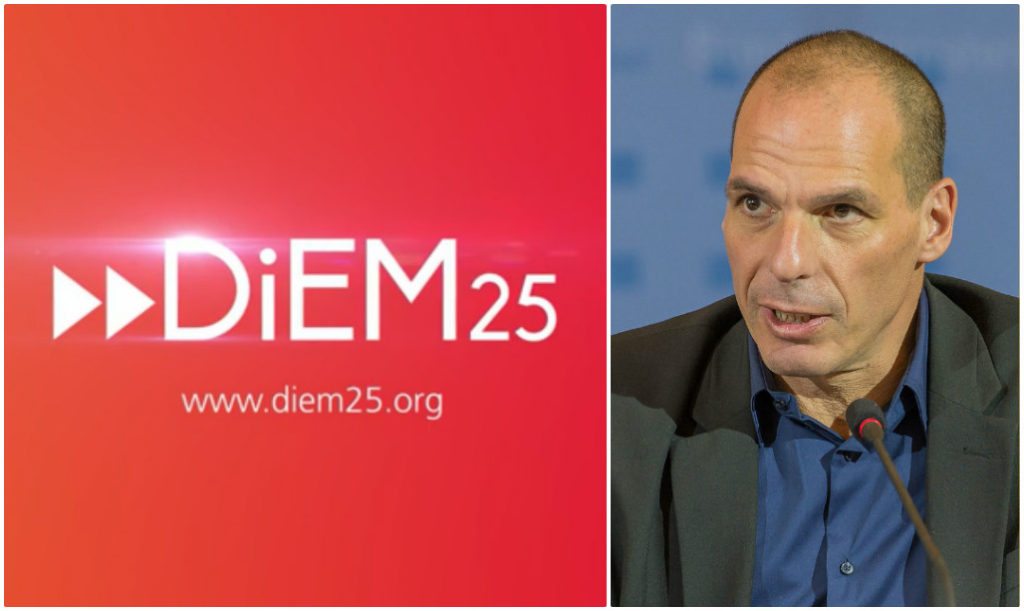 One thing is for sure: the EU is riddled with problems. From Grexit to Brexit via the refugee crisis, it has never been more obvious that the EU is a fundamentally fragile institution. It is also unaccountable, overruled by lobbyists and built on a deep contempt for democracy and national sovereignty. The UK has always been sceptical of the European project, and rightly so. But now what?

With a national debate that is almost completely dominated by fearmongering, Conservative infighting, and angry posturing from the financial elite, what choice is left to the actual workers and citizens of this country?

Should we leave the EU and risk losing essential labour rights like paid holiday, maternity leave and fair treatment at work? Judging by the Conservative Party’s track record on austerity and deregulation, we know that the worst is yet to come.

Or should we stay within a ‘reformed’ EU? Cameron is negotiating for less regulation for financial institutions. If he gets his way, we could be one big step closer to the wholesale imposition of the Transatlantic Trade Investment Partnership (TTIP).

It’s a lose-lose situation. Either we retreat into the cocoon of our nation-state, or we surrender to the Brussels democracy-free zone, but as offshore, low-regulation partners.

However, there is a way out of this dead-end deal. But it lies with the citizens of all European states, including the UK.

On 9 February 2016, the former Finance Minister for Greece, Yanis Varoufakis, made the case for a progressive, Europe-wide agenda.

Joined by a host of speakers including Caroline Lucas, Julian Assange and Slavoj Žižek, he launched the manifesto for the Democracy in Europe Movement 2025 (DiEM25) during a conference in Berlin. Just a week later, over 13,000 people had already joined.

The manifesto is a pledge for a new Europe. Not a European cartel of trade and banking, but a European union of people, united by the bold idea of true democracy as the foundation of prosperity.

According to Varoufakis, the EU is coming apart at the seams. Rising unemployment, crippling austerity, far-right neofascist movements, and an unaccountable body of technocrats at the top, are all part of the same broken European machine.

But rather than give in to a new wave of inward-looking nationalism, Europeans must come together and build a truly democratic movement.

Instead of having an unelected body of ‘technocrats’ imposing ‘adjustments’ from the top, the decision-making process within the EU must be open to scrutiny.

This includes an array of measures that can be implemented very quickly; from live-streaming all the meetings that take place behind closed doors, to publishing the details of TTIP, and other vital documents, online. Europeans everywhere should know what is being decided for them. For DiEM25, accountability and transparency are the first steps towards real democracy.

Putting the demos back in democracy

In a recent Q&A session on the Quora forum, Varoufakis was asked to compare DiEM25 with Bernie Sanders’ campaign in the US. He answered that, despite clear differences, there are several ‘stark similarities‘ between the two movements:

Sanders and DiEM are campaigning to put the demos back into our democracies.

We are campaigning for common sense policies – e.g. universal health care (that is always cheaper than failing private health sectors), for a world in which graduating students are not immersed in debt even before they embark upon life, [for] rules and regulations that prevent Wall Street and its minions from thinking of themselves as the masters of the universe (and demand from the weaker members of society to bail them out when they are crushed by their own hubris).

Last year, the Greeks elected people like me not because they suddenly became leftwing! Similarly with Bernie Sanders. The New Hampshire voters did not suddenly discover they were democratic… socialists!

They just had enough of phoney politics and decided to back someone who has been saying the same common sense stuff for decades.

Indeed, the aims of both DiEM and Bernie Sanders would have been considered only slightly left-of-center just a few decades ago. That a social democratic agenda is now considered utopian, radical – or even dangerous – speaks volumes as to how ideology works in the current political climate.

Should I stay or should I go?

During his five-month tenure as Finance Minister, Yanis Varoufakis was engaged in a bitter tug-of-war with the European establishment. He is more sympathetic than most with the Brexiters who would like nothing better than to leave the bureaucratic hell that is the EU. And yet, he argues, Brexit is nothing but a ‘false promise’. In another post on Quora, he wrote:

British voters have every reason to be livid with a deeply anti-democratic, bureaucratic and unappetising EU.

But it would be wrong to think that they can just leave the EU behind, sailing off into some other alliance with the US or China, and with greater sovereignty for their Houses of Parliament.

This is why I called for a Third Alternative.

Stay in to confront, together with the rest of us (DiEM included) the EU establishment within Europe.

Our only collective escape from the current disintegration of the EU, and its horrific impact, is to stick together and to struggle to democratise the EU.

Europe is confronted with enormous challenges. TTIP, climate change, the refugee crisis, and xenophobia, are international issues – they do not stop at our borders. The only way we can find a concrete solution to them, is by pulling together and supporting each other’s rights and freedom.

Brexit or no Brexit, we are and will always be Europeans. Only together can we turn Europe into an authentically democratic union of peoples.

– Join DiEM25, and become part of Europe’s new and growing movement for democracy.

– Support The Canary for a free, fair and fearless media.