Dear BBC, your documentaries are fine, it's the huge political bias that worries us - Canary 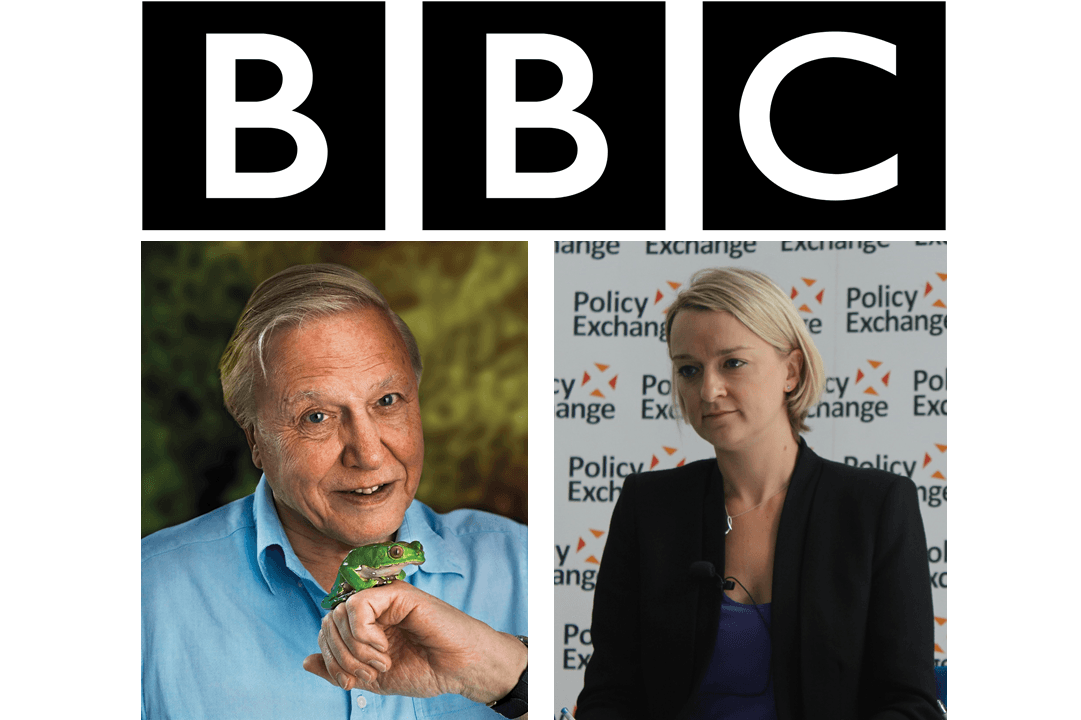 The BBC Trust has issued a stern rebuke to its own Natural History Unit after it emerged that two documentaries had used potentially misleading filming techniques. This is part of a pattern of apologies, climbdowns, retractions and new guidelines that has characterised the corporation over the last fifteen years. But the whole affair distracts from the far more serious and pressing issue of the BBC’s political and news coverage.

Ever since the makers of the David Attenborough-presented Blue Planet series were forced to admit that some key sequences had been shot in aquariums rather than the open ocean, the artifice of the wildlife documentary has become an open secret. By the time another Attenborough series, Frozen Planet, confessed to filming polar bear cubs in a German zoo, there was a bit of a media storm but little public surprise.

It also came to light during the investigation that an earlier programme, Human Planet: Deserts – Life In The Furnace, had mocked up a scene where herders defended their camels from a wolf. The wolf, which can be seen in this clip, was actually a semi-domesticated animal briefly let off its lead by a just-out-of-shot handler. The programme makers had been unable to obtain any footage of wild wolves but were keen to portray what is nonetheless a fairly regular occurrence.

These programmes may have been slightly misleading but their intentions appear perfectly honourable. They were attempting to portray difficult-to-capture natural events to viewers, aiming to entertain and educate. What was misleading in the documentaries was entirely technical, and the exposure of it is more amusing than outrageous. There was certainly no attempt on the part of the programmes to give a false impression of what happens in nature.

This contrasts rather graphically with a recent spectacle on the BBC’s Daily Politics programme. A Labour MP was convinced to declare his resignation from the Shadow Cabinet live on the show. This also led to a blog post, although not particularly in a spirit of public openness. Output Editor, Andrew Alexander, penned a piece for the BBC Academy (a training website). It was  entitled “Resignation! Making the news on the Daily Politics”. It has since been deleted, although not before there was a chance for it to be archived.

The blog made clear that presenter Andrew Neil, who came up with the idea, Political Editor Laura Kuenssberg, who brokered the deal, and others on the programme all felt they were not just reporting the news but creating it. Alexander trumpeted that a resignation on air, just before Prime Minister’s Questions, “would be a dramatic moment with big political impact”. He gleefully described how the event was referred to by David Cameron in PMQs moments later.

It is quite explicit that there was a plan to manipulate events in order to influence the political landscape. This wasn’t an example of the media simply representing and reporting. Nor was it a slight manipulation in order to portray ‘natural behaviour’. By deliberately inviting a disaffected MP into a TV studio, the BBC was doing its viewers a disservice far greater than anything that could be achieved by a few creative documentary techniques. The emphasis on set-piece “fakery”, coming from other media and the BBC itself, detracts from more important questions of political bias and misrepresentation. These are questions that The Canary has asked numerous times.

The fakery in wildlife documentaries is no more sinister or misleading than a reconstruction on an episode of Crimewatch. What is filmed may not be literally the true event, but it is at least used to convey the truth. The same cannot be said for the corporation’s political coverage.

A trustworthy BBC would be a tremendous asset to the UK media. The corporation’s natural history output is the envy of the world and it is right that rigorous standards are demanded. But ultimately, people don’t cast their vote based on whether or not a wolf was wild. A persistent political slant has the potential to influence entire elections and the direction of the country. That is of far more concern than reconstructions being quietly pasted into a few wildlife documentaries.

Support The Canary as it tries to bring balance to the UK media.

Contact the BBC to praise its good programmes and question its less impressive ones.