BREAKING: At least one person has died in massive explosion at UK power station (VIDEO) - The Canary 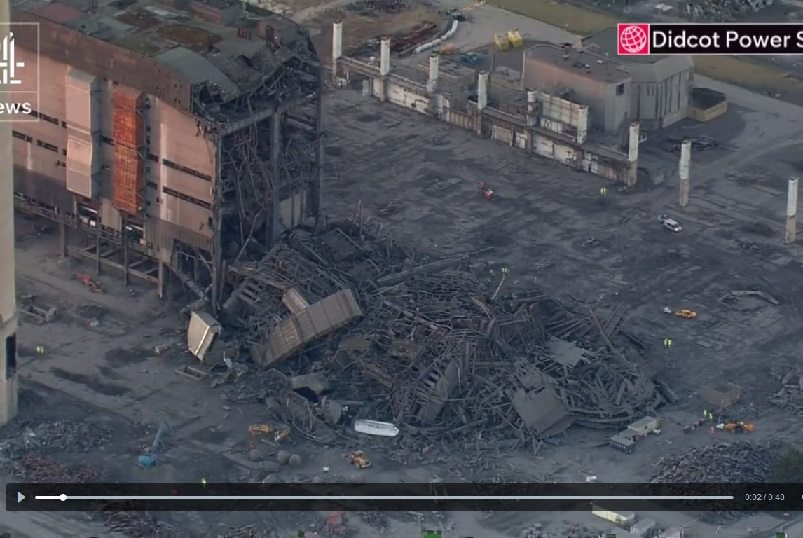 An explosion has killed at least one person and injured five others today at Didcot Power Station in Oxfordshire. Three people are still missing. The event has been called a “major incident“.

At around 4pm on 23 February, eyewitness Adrian Redhead said:

There was this massive explosion … within 30 seconds emergency vehicles were all over the place. The amount of smoke and dust coming across was incredible.

According to the Independent, emergency services have confirmed there have been “a number of casualties”, among fears there were people inside the building at the time of the incident.

there has been one fatality, but the rest is currently unknown … we are still trying to find out if this was a demolition … At the moment this is being treated as a collapsed building, not an explosion.

But residents nearby said the explosion sounded like “thunder”.

Images and videos of the event soon appeared on Twitter:

A "major incident" has been declared and casualties reported after reports of an explosion at Didcot Power Stationhttps://t.co/AcHwWGcndp

All kicking off at Didcot powerstation, explosion, loads of dust, loads of emergency vehicles. Hope everyone is ok. #didcot

Not sure the side of that building should be missing. #Didcot pic.twitter.com/MMWgND8fWk

My niece took this footage of the aftermath at Didcot Power Station #Didcot pic.twitter.com/Ihz4phjNPf

A spokeswoman for RWE NPower – the company that manages the site – claimed not to have been aware of a planned demolition, even though the power station had previously been marked for demolition. In other words, this seems to have been an unexpected event – the causes of which are currently unclear.

Thames Valley Police have said they will be releasing further details as they come to light.

Here at The Canary, our thoughts are with those who have been affected by the incident, and we credit the emergency services which appear to have made a quick response to the event.

If you are an eyewitness to this event, please get in contact with The Canary.

To see more images of the aftermath of the explosion, see here.