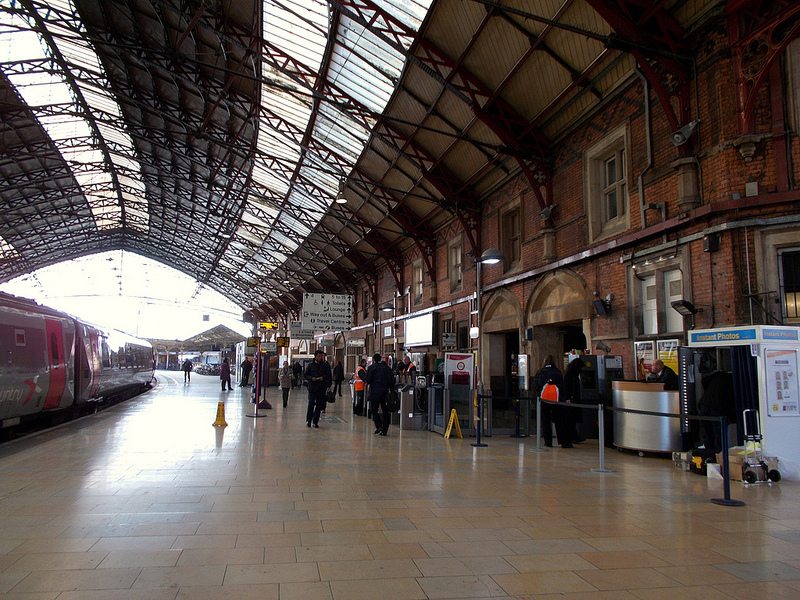 An array of UK train stations are set to be privatised, it has been revealed. The sell-off could include some of Britian’s largest stations, including Bristol Temple Meads, Birmingham New Street, and Manchester Piccadilly. These stations are currently owned by Network Rail, a public sector body.

Excising public assets is, of course, common under the Conservative government. They sold off £26bn worth of public belongings in 2015. However, the mechanism they used to ensure this latest sell-off strikes a particularly cynical note.

Until 2014 Network Rail was a semi-autonomous body; a limited company accountable to its company members and the public interest. The enterprise was reclassified that year, becoming “an arm’s-length body of the Department” for Transport. The change was welcomed by Transport Secretary Patrick McLoughlin, who pledged:

I am committed to ensuring that Network Rail maintains the operational flexibility to continue to deliver a safe, punctual rail network and increased capacity for our busy railways…while still providing value for money and being accountable to Parliament.

Network Rail earns through running the railway infrastruture. Traditionally, due to having no shareholders – and its public interest duty – it has reinvested its money in the railways. It also owns thousands of stations, and manages a number of them directly. Additional revenue is achieved through this by, for example, renting out retail space in these stations. Again, this money has largely been reinvested in the railways.

If these stations are sold to private companies, with shareholders, they will be under no obligation to plow their profits back into the service. Quite the contrary, they will be beholden to shareholders to ensure the largest dividends for them.

Seemingly, the UK government have turned a limited company into an “arm’s-length” public body in order to ensure it becomes a completely unlimited private enterprise in the end. That’s some astounding, and reprehensible, political acrobatics.

It also marks another typical Conservative volte-face. In 2015, when possible Network Rail privatisations were first suspected, a Department for Transport spokeswoman said:

The Government has no plans to break up Network Rail or outsource any of the 18 stations that it currently manages.

Apparently, they’ve changed their mind. The decision has been justified by the supposed need to ‘streamline’ the organisation, and pay down its debts. But surely stripping Network Rail of its potential for revenue does nothing to help ease its financial woes.

The move will also not benefit consumers. Now the profit motive will be squarely at the centre of these station owners’ decisions, and the proceeds that once went back into a variety of Network Rail’s services, will land in private pockets instead.

Write to your MP to share your thoughts on this privatisation.

Join the campaign against the TTIP trade deal, which will accelerate the privatisation of public assets.

Support The Canary so we can continue to keep you informed.