The battle for BREXIT has begun, and the Tory party is tearing itself apart - Canary Workers’ Co-op 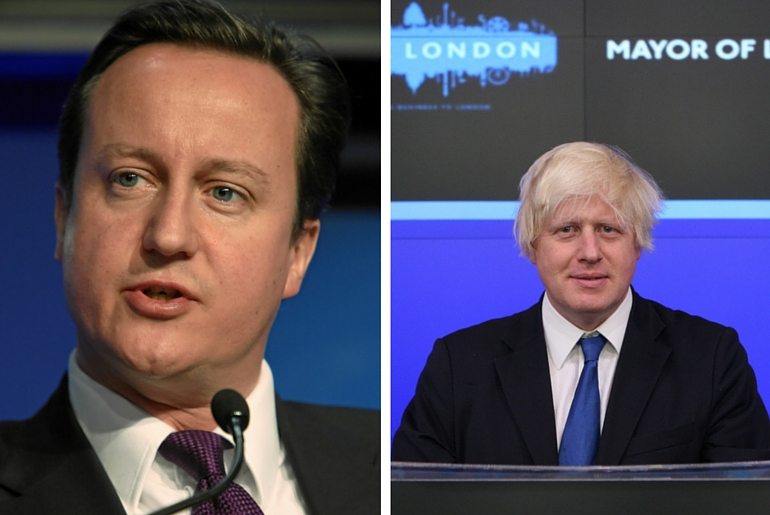 David Cameron has had the support of most of the Conservative party since he became the leader. But with the referendum on the EU set for 23 June, the party appears increasingly disunited. As the Scottish independence referendum proves, merely having a vote does not solve the issue. If like in Scotland, the referendum becomes a closely fought contest, there will be an ongoing debate within the Tory party. This will be seen in the run-up to, and after, the 2020 general election.

The Prime Minister’s renegotiation on the EU is unpopular with the Conservative party and it is an issue they have always fought over. And now, after influential cabinet members and the London Mayor have joined the ‘out’ campaign, this civil war looks set to continue for a long time.

Boris Johnson may be campaigning to leave the EU just to enhance his own leadership ambitions, but he is still a significant figure to be opposing the Prime Minister.

Echoing what many Conservative MPs are thinking, Cameron savaged Johnson in the Commons implying Johnson had joined the ‘out’ campaign to further his own selfish ambitions:

I am not standing for re-election. I have no other agenda than what is best for our country. I am standing here telling you what I think.

Alongside Johnson, is Michael Gove – a close friend and ally of Cameron – and five other cabinet members. This highlights the significant divide within the party.

Some of Cameron’s closest allies do not support him or his renegotiation with the EU. While the Guardian has reported that there is a deep divide over his handling of the renegotiation deal at the grassroots level of the party.

Also, as many as half Conservative MPs will be campaigning to leave – far more than predicted by Cameron and Osborne – as Tim Montgomerie tweeted:

Quite something that half of Tory MPs are defying PM as Outers. Number 11 expected the rebellion to be just 60/70 https://t.co/MLVZeHr7fP

On February 22, Jacob Rees-Mogg slammed Cameron’s renegotiation efforts saying “for so much labour he has achieved so little”. This significant division within the Conservative party is likely to get worse and worse.

If the result of the referendum is close, or the ‘out’ camp is victorious, then David Cameron will be forced to resign and many who fought alongside him will be weakened. Osborne, Theresa May, and Sajid Javid, all assumed to be in line to replace Cameron, will likely lose to Boris Johnson who is a key player on the ‘out’ side of the referendum.

The campaign has already got nasty with fearmongering from both camps and those within the Conservative party backing the ‘in’ campaign will be angry at Johnson for using the referendum to further his career, considering he has been supportive of the EU in the past.

If the result is close, or one where the UK remains in the EU, then the grassroots of the party, as well as many MPs, will be angry at the weakness of the Conservative leadership in staying in an institution they do not fully believe in, on the back of a lacklustre ‘deal’ from Cameron.

Many will want to see Boris Johnson quickly replace Cameron. As we saw in Scotland, a vote won’t settle the issue and many will be calling for another referendum. As George Eaton puts it:

The referendum will more likely sharpen the European question than settle it.

After the referendum, Cameron’s position is likely to be precarious. There will be huge pressure from Conservative members, as well as MPs, to leave the EU whenever any slight issue within the EU comes up.

The only way this division will be stopped is if the ‘in’ campaign wins by a huge margin, which seems unlikely.

To conclude, if the UK remains in the EU, there will be anger and disappointment directed at Cameron and his allies. On the other hand, if the UK leaves the EU, Cameron will be forced to resign, his likely replacement being Boris Johnson. This will result in the Conservative party being at war for many years. This disunity could have catastrophic repercussions for the Tories, come 2020.

There is another way, read our article here on achieving a reformed Europe

Join DiEM25, and become part of Europe’s new and growing movement for democracy.

Support The Canary for a free, fair and fearless media.