Turkey could trigger a new world war in Syria, unless these urgent actions are taken - The Canary 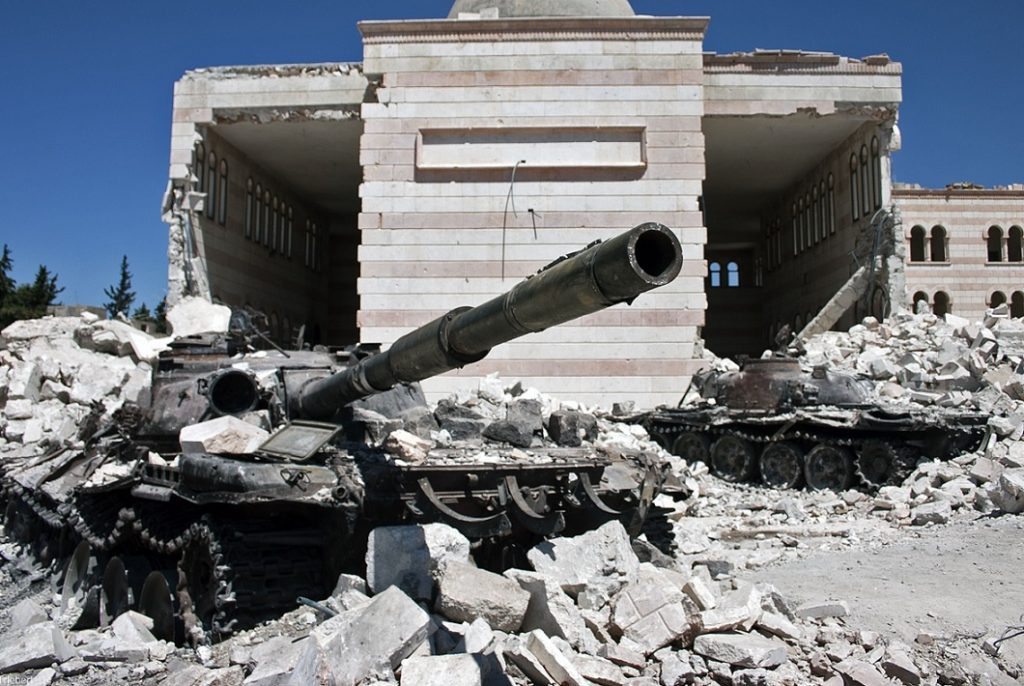 The current government in Turkey has absolutely lost the plot. A Turkish ground invasion of Syria is looking more likely by the minute, and the world for some reason continues to ignore its human rights abuses at home. But could there really be an international war if Ankara sends troops into Syria? And could this see the UK getting entrenched in yet another avoidable conflict thanks to the warmongering impulse of a misguided ally?

Once praised for being a beacon of democracy in the Middle East (which was never really true anyway), Turkey is now essentially a rogue state. It has killed hundreds of its own citizens, imprisoned many more, and it attacks those fighting against Daesh and other jihadis in Syria and Iraq. Without a doubt, it is part of the problem – not part of the solution.

But it seems that David Cameron and Barack Obama are hoping the insanity of the Turkish regime will just go away quietly.

It will continue to get worse, and it could well see a significant increase in tensions between the west and Russia.

Six reasons why peace depends on Turkey being stopped

Here are just six big reasons why dealing with Turkey is key to resolving the conflict in Syria, ending the ensuing refugee crisis, and preventing a dangerous escalation of hostilities in the region.

The west has been silent until now. Let’s break that silence!

Mike Whitney at Counterpunch asserted in December 2015 that governments in the USA and Europe need to stop supporting “the two biggest terrorist incubators on the planet”. By this he meant Turkey and Saudi Arabia, continued support for whom would lead to “a serious dust-up with Russia”. Until now, he says, Europe in particular has been silent about Turkish human rights abuses because its leaders want Ankara’s help to control the flux of refugees into the continent:

The increase in military cooperation within NATO… and the piling up of NATO forces near Turkey’s border… took place in parallel with the deal between Ankara and Brussels.

So far, the west has stood by Turkey in spite of its deteriorating political situation and war crimes. And a massive military operation against Rojava would be, as the Guardian has said, a sign of desperation that would lead to “a potentially catastrophic spreading of the Syrian conflict”. At the same time, the Independent’s Patrick Cockburn has insisted that:

But Russian Prime Minister Dmitry Medvedev has said that “all sides must be compelled to sit at the negotiating table, instead of unleashing yet another war on Earth”. In other words, if a Saudi-backed Turkish intervention in Syria did take place, this could unleash an international conflict that would be much worse than what Russia Insider has referred to as Turkey’s Vietnam.

Russia seems to prefer diplomacy, calling for a resolution at the UN demanding Turkey “cease any actions that undermine Syria’s sovereignty and territorial integrity”. The Turkish regime, on the other hand, seems only to speak the language of violence. And it’s still backed internationally, with France and the USA both rejecting Russia’s resolution outright. Even so, NATO member Luxembourg has suggested the military alliance may not support Turkey if it provokes war with Russia.

Everything now depends on what the big international powers do about Turkey, and how committed they are to reaching a peace agreement to end the Syrian civil war. Together, the USA and Russia are capable of resolving the conflict without further escalation, but only if they can cooperate long enough to do so.

To avoid the possibility of an international conflict, we must pressure our leaders on these two issues:

Firstly, there must be genuine efforts to resolve the Syrian crisis peacefully.

Secondly, there must be firm action taken in order to end Turkey’s war against Kurdish communities at home and abroad, while ensuring a Turkish ground invasion of Syria does not occur.

Peace in the Middle East and the wider world could well depend on us pushing for these measures.

Write to David Cameron and your MP to ask them to push the Turkish regime to stop its war on both Rojava and Kurdish communities in Turkey.

Get involved with the national demonstration – “Stop Turkey’s War on Kurds: Break the Silence” – planned for 6 March in London.

Join at least 400,000 Brits who have cancelled holidays in Turkey, and support the boycott campaign here.

Ask the British government to change its hostile stance towards the PKK by signing this petition.

And sign this petition aimed at Barack Obama in order to put pressure on Turkey to change tack.