This businessman was homeless, now he feeds the homeless - Canary 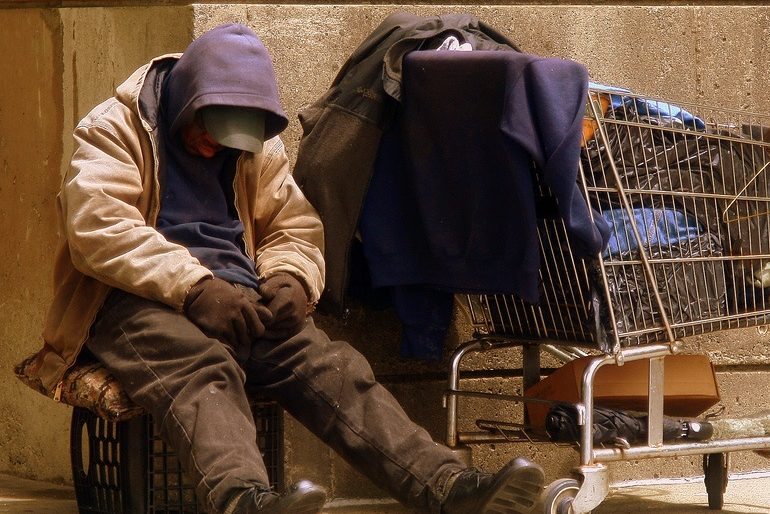 Mark Harvey spent nine months sleeping rough back in 2006. But thanks to the kindness of strangers, he’s back on his feet. And now, he runs a charity which delivers around two tonnes of surplus restaurant food to homeless people every week.

Living out in the cold a decade ago, Harvey used to spend his time searching the streets of Weymouth for food. He had lost his job as a successful cameraman, and his marriage had broken down. But after being homeless for months, a woman working for the council helped him into a hostel.

He soon got involved with a charity that ran a soup kitchen which collected food for homeless citizens. When this service stopped in 2014, Harvey decided to continue the good work, and he set up a charity called City Harvest which would take surplus food from businesses to a number of charities in London. Although he got an initial donation of £5,000, he also kept the business alive with small donations from some of the charities to which he distributed food.

But why did he keep the enterprise going? He says:

When you have been there you understand how devastating it can be living on the streets… There is a lot of food that goes to waste – redistributing it is just such a no-brainer.

City Harvest collects unused food from supermarkets and restaurants, and it distributes to charities like the Salvation Army, St Mungo’s and Ealing Soup Kitchen. This food provides a vital lifeline for many homeless people in London.

Harvey’s charity now has a team of 21 volunteers and a board of directors. It is also currently on a fundraising drive so it can keep growing and keep reaching more and more vulnerable citizens.

Charities do wonderful work to lessen the suffering of the most vulnerable people in society. But the fact is that they don’t deal with the injustices that leave people in desperate situations in the first place.

Figures released in 2015 show there has been a 55% increase in homelessness since David Cameron and co came to power. As we outlined at The Canary in October 2015, the official reliance on the private sector for housing has played a key role in the current crisis, leaving Britain with a serious lack of affordable accommodation. Add to this the destructive cuts to welfare provision and the slashing of charity budgets, and we are left with a problem that is getting worse, not better. Housing charity Shelter agrees, saying:

But all Chancellor George Osborne has done is to commission his corporate buddies to build 200,000 ‘starter’ homes for which citizens would need a £59,000 income to afford. This in a country where the average wage is £26,500.

The best step we could take as a country would be to consider housing as a right for all citizens. The US state of Utah, for example, has decreased its “chronically homeless population” by 91% in the last ten years thanks to its simple philosophy of:

If someone is homeless, give that person a home.

The state’s scheme soon reduced government spending per homeless person per year by more than half, both cutting costs and maintaining the “personal dignity” of the homeless citizens.

So how about it? Who’s in favour of a country where no-one has to sleep on the streets?

If you want to see change, please write to your MP. You could include the demands mentioned in this article.

Join the national demonstration on 16 April to End Austerity Now!