Ford is kicking climate deniers to the kerb, because of these anti-corruption heroes - Canary 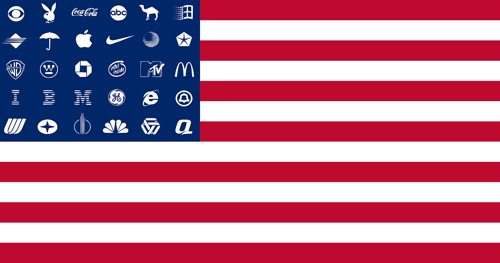 Nothing has done more to hamper the progress of environmental regulation, and general social progress, than the American Legislative Exchange Council (ALEC). For over four decades they have lobbied in the US, enacting ‘model laws‘ that benefit the fossil fuel industry. These include a law to penalise home solar installers, and one that provides shale gas companies with a loophole enabling them to avoid declaring the chemicals used in the fracking process.

Recently though, ALEC’s chickens have been coming home to roost. A series of high-profile companies, quietly or loudly, withdrew their funding. First, tech companies like Google, eBay, Facebook, Yahoo! and Microsoft, then oil companies, Shell and BP, and now motoring giant, Ford.

ALEC is an outfit which literally allows big companies to write their own laws. They pass along a wish-list of measures they want passed, which ALEC then codifies into ‘model legislature’. They then engage in aggressive lobbying to get these laws passed through the US legislature.

These are just a few of the laws they have proposed and enacted:

Ford declined to give a reason for their change of heart, but their website says they are:

committed to doing our share to prevent or reduce the potential for environmental, economic and social harm due to climate change,

As the first manufacturer to promote the mass ownership of a personal vehicle, a major factor in today’s climate crises, their ‘share’ is pretty big. Their funding of ALEC for so many years is also in complete contrast to their stated environmental policy.

Ford’s dismissal of the lobbyists may be due to an article in Ecowatch that drew attention to company’s inconsistency and their links with ALEC. As usual, this is not a case of a multinational corporation spontaneously developing a conscience, but a calculated response to public criticism.

When Google cut ties with ALEC, Eric Shmidt (CEO) was explicit about the reasons:

the facts of climate change are not in question anymore. Everyone understands climate change is occurring and the people who oppose it are really hurting our children and our grandchildren and making the world a much worse place. And so we should not be aligned with such people — they’re just, they’re just literally lying.

Of course, Google is no stranger to duplicity, as its recent tax scandal has shown. Again, we should not assume that Google has ‘seen the light’, but rather that it’s responding to new conditions of transparency, public demands, and  the cross-disciplinary consensus on climate change.

Even ALEC tried to get with the program, or at least, extricate itself from an increasingly embarrassing position. It’s was a vocal climate change denier up until big companies started leaving in droves. Then, in a stunning about-face, it declared that anthropogenic climate change is real, but that it might be a good thing.

This is just ridiculous. An excerpt from their ‘model legislature’, both agrees with the scientific consensus, but then goes on to talk of “possibly beneficial climatic changes.” Worryingly, the ‘climate change might be good’ meme is repeated in conservative news outlets. The debate has shifted, but the Merchants of Doubt keep plying their wares.

All this has come to light in the last few years, partially due to the efforts of the website www.alecexposed.org, who, since 2011, have made it their mission to blow the lid on its activities. Before that, you would have had to be a corporate or political insider to know anything about this pervasive undermining of democracy.

If big companies really are getting on board with their environmental responsibilities, even out of sheer self-interest, we should welcome it. Cutting ties with sinister lobbying organisations like ALEC shows that this is more than just a change of image, it’s a change of direction. However, as usual, its best to remain skeptical of companies who at the end of the day are concerned first and foremost with their bottom line. Independent media outfits like ALEC Exposed are doing a great job of holding companies and lobbyists to account, aggressively pushing for the transparency that leaves these shadowy manipulators running for cover.

Ever wondered what motivates some to make sacrifices that others would never consider? The Canary will be providing a closer look at  13 UK climate campaigners facing jail time over the coming weeks, with interviews, personal accounts,  and minute by minute coverage of sentencing on the 24th of February.