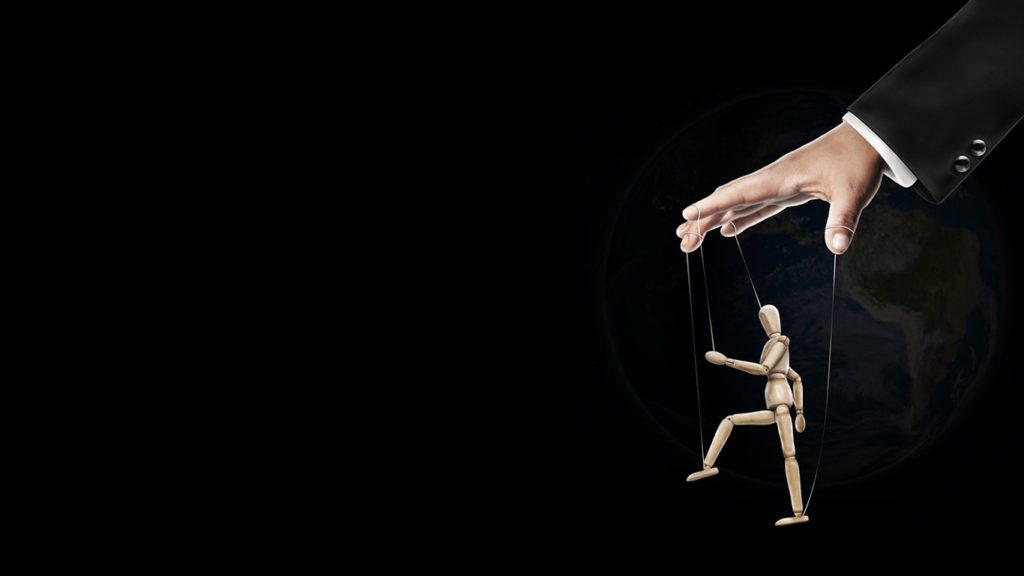 Elite groups with power and unimaginable wealth can no longer rely on the press and state apparatus to pull the wool over our eyes. In the age of social media, of mass movements, of a large and increasingly sophisticated network of activists with guts, with teeth, with the power to make corporations hurt when they overstep the line, it should come as no surprise that the money men look upon protest groups with fear, and something very much like envy.

Enter the ‘astroturfers’, so-called because they look like campaigners, concerned locals, a grass-roots movement – but, get up-close and it’s easy to see that this grass is fake.

An artificially-manufactured political movement designed to give the appearance of grass roots activism.

It can also refer to media designed to make it appear that a widespread political movement exists, when it is actually a well-funded PR firm with a team of developers writing cheques. This video for BigGreenRadicals.com is a great example; an ‘environmental’ group that fails to fill the credibility gap in hilarious fashion.

The website is actually one of many fronts for PR firm Berman and Co, which provides “aggressive communication” for industries with bad reputations. Its other videos appear to advocate for US fracking firms opposed to regulation, alcohol companies opposed to drunk driving laws, and employers opposed to unions and minimum wage increases.

As far back as 1992 William Greider described a typical US astroturf set-up:

300 phone lines and a sophisticated computer system, resembling the phone banks employed in election campaigns. Articulate young people sit in little booths every day, dialing around America on a variety of public issues, searching for ‘white hat’ citizens who can be persuaded to endorse the political objectives of Mobil Oil, Dow Chemical, Citicorp, Ohio Bell, Miller Brewing, United States Tobacco Company, the Chemical Manufacturers Association, the Pharmaceutical Manufacturers Association and dozens of other clients. This kind of political recruiting is expensive but not difficult. … Imagine Bonner’s technique multiplied and elaborated in different ways across hundreds of public issues and you may begin to envision the girth of this industry.

But what about in the UK?  The government’s policy on fracking is largely determined by a ‘Task Force for Shale Gas’ organised by American PR company Edelman, with funding from Cuadrilla, Centrica, and the Dow Chemical Company. Edelman, the largest PR firm in the world, used to help tobacco companies downplay the health risks of smoking, and marginalise their opponents.

In Blackpool, a group holds intermittent rallies, dwarfed by the huge protests of anti-fracking group Frack Free Lancashire . The smaller group are members of Backing Fracking, who, as their name suggest are in favour of shale gas exploitation. They sport professionally made signs with slogans such as “Fracking is not a dirty word.”

One member, 22-year-old Ellie Rylands, says she just wants a job after university:

Until now, whenever shale gas has been discussed, all we’ve heard are the opinions of the industry and businesses on one side, and anti-fracking campaigners on the other. But there are lots of people in the middle that believe shale gas can be extracted safely in this country, and can see how it could create a massive jobs boost for the area, especially for young people like me emerging from college and university.

But it looks like she has had a couple of student jobs already. Though presenting herself as the average concerned citizen, Ellie has previously worked at Cuadrilla, and another fracking firm, Centrica. The Backing Fracking group contains 4 individuals who work in PR for fracking companies, and many others who stand to benefit financially from the industry.

In London, another similarly named group is not what it seems. Back Heathrow describes itself as “a group of residents, businesses and community groups who have come together to campaign for a secure future for Heathrow Airport”. What they do not mention is that Back Heathrow is set-up up and is funded by BAA (now Heathrow Airport Holdings Ltd) who own and operate the airport. They run the gamut of propaganda techniques including scaremongering questionnaires, selective polling, and taking out full front page adverts in local papers.

When thirteen real-life activists, opposed to Heathrow’s expansion on the grounds of climate change and local concern, carried out a direct action on airport premises, Back Heathrow barked like a good attack dog. And when the Heathrow 13 were found guilty of aggravated trespass last month, facing possible jail time on February 24, the astroturfers started using this as a stick to beat their supporters.

The strength of grass-roots movements is their authenticity – they are made up of genuine, ordinary people with no hidden agendas. We should be wary of the insidious rise of astroturfing, because it threatens to undermine the real gains of committed and principled citizens.

At the same time, most people perceive something just a little ‘off’ about the likes of Back Heathrow and Backing Fracking. Astroturfing is just one technique in the arsenal of PR companies and their paymasters. We shouldn’t be surprised that the UK government has colluded with these organisations to an unprecedented extent. In fact, given that David Cameron’s only stint outside of Westminster has been as a PR man, it’s fair to say that the lunatics have taken over the asylum.

Ever wondered what motivates some to make sacrifices that others would never consider? The Canary will be providing a closer look at the Heathrow 13 over the coming weeks, with interviews, personal accounts,  and minute by minute coverage of sentencing on the 24th of February.

Write to your MP demanding the UK meets its emissions obligations and brings air pollution levels everywhere to a safe and legal level.

Join the campaign group Stop Heathrow Expansion. Support the Heathrow 13 on their day of sentencing by coming to court.

Get seriously into electric vehicles, you’ll never have to pay for petrol again.