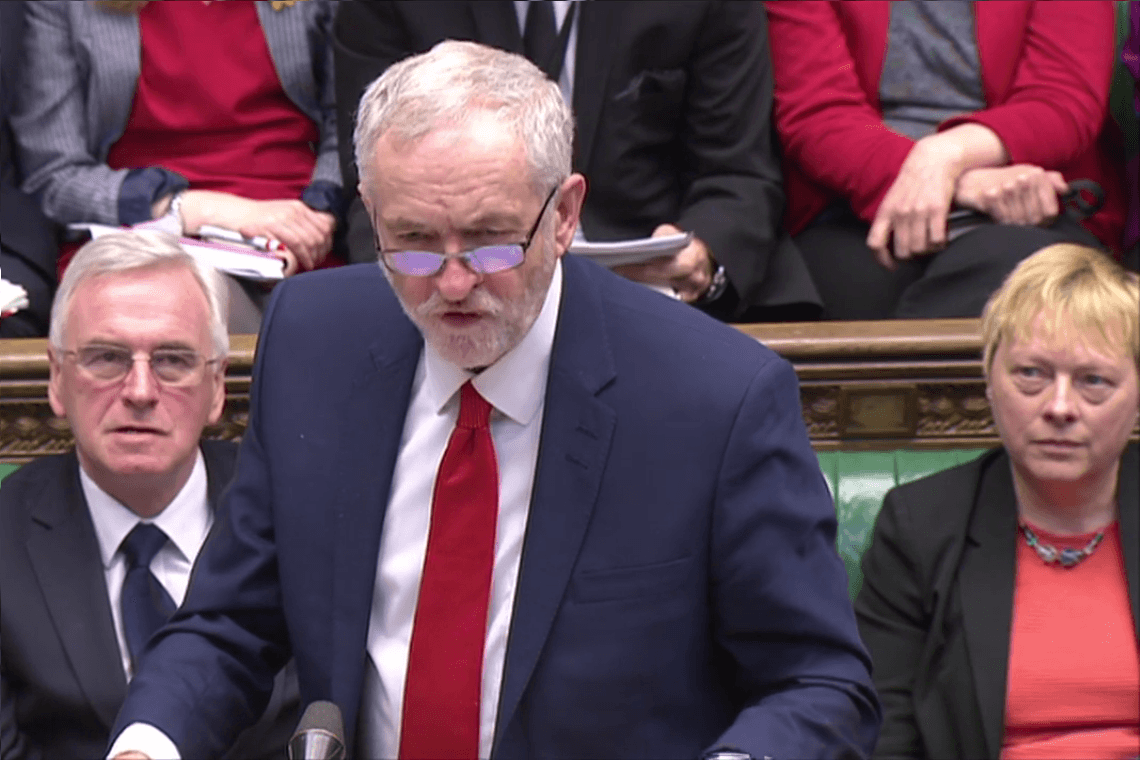 Seconds after George Osborne finished delivering his March 2016 budget, Jeremy Corbyn stepped up and took it to pieces.

Corbyn’s voice boomed across the chambers, in what former Channel 4 economics editor Paul Mason described as “an uncharacteristically angry barnstormer”:

The Budget the Chancellor has just delivered is actually a culmination of six years of failure.

This may seem harsh, but it is actually a bit of an understatement. Osborne has tragically failed to sort out both the nation’s debt and its deficit:

Well in the media build-up to the budget, leading economist Simon French said on BBC Radio 4:

The Treasury [is] ideologically opposed to spending.

Being ideologically opposed to investment means one rejects it even in the face of overwhelming evidence supporting it. And this is precisely what we see with the Tories.

Osborne is happy to cite organisations like the International Monetary Fund (IMF) when it suits him, like he did in this budget. But when the IMF expresses disbelief at Osborne’s refusal to capitalise on historically low long-term interest rates to invest, its advice falls on deaf ears.

The BBC has run the headline “UK productivity rises at its fastest rate in four years”. But the Conservatives were in power themselves four years ago, so this is essentially comparing the Tories to themselves (perhaps not the highest of standards).

When compared to other nations, the UK is lagging well behind. According to the Office of National Statistics, when compared to Japan, Canada, Italy, France, Germany and the United States, the UK has the second lowest productivity rate, by a huge margin (31 points less than the US).

How about the trade deficit?

The Guardian reports that exports are not improving. Analysis of data from the government’s own official forecaster substantiates Corbyn’s comments when he said, in his response to the budget:

The Chancellor’s £1 trillion export target will be missed by a country mile.

The Chancellor has failed the British economy from perhaps every possible angle. After Osborne’s budget, Corbyn was left with near unlimited ammunition to rain down upon the Tory front bench.

Despite being a 67-year-old man, the roaring response left a pressing question on the minds of the spectators: Which quality did he display more, vim or vigor?