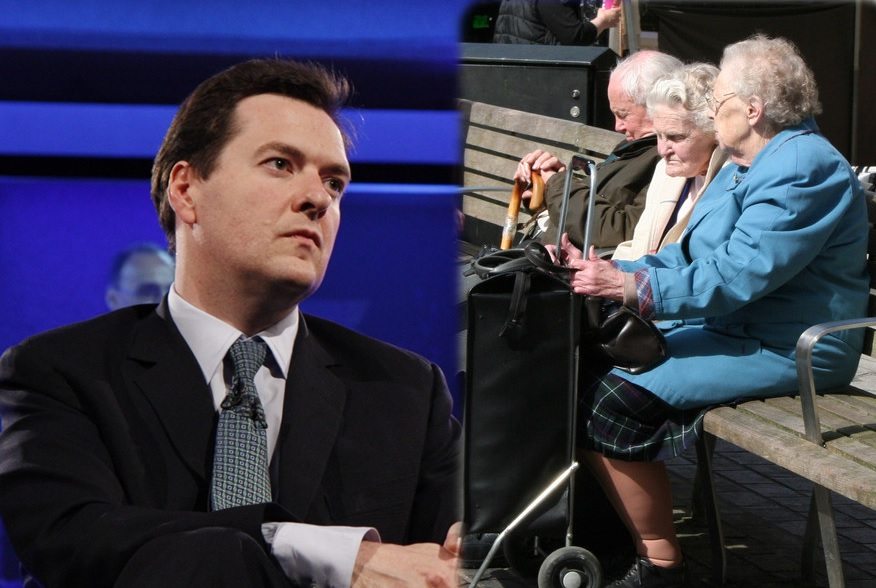 Some British citizens may have been relieved to see so little in George Osborne’s March budget speech about pensions. But upon further scrutiny of the budget, it was clear that the Chancellor had not forgotten about attacking the elderly. Hidden away in the small print, he was chopping away at public sector pensions.

Channel 4 Business Correspondent Helia Ebrahimi explained how raiding pensions would be one of the ways in which Osborne hoped to make up for his many economic failures so far as Chancellor:

How does Osborne get to his surplus? A mix of a £5bn boost fr lower govn't borrowing costs + a raid on public service pensions #Budget2016

This raid was soon highlighted by other Twitter users:

Tax burden is going up, public sector pensions down: things you may have missed in the budget small print https://t.co/4OD970QCnX

The Guardian explained that:

with growth and inflation weaker than expected, future pensions will be lower too, helping the government to balance the books by 2019-20.

It continued, saying that this focus on pensions would reduce government borrowing:

In other words, it clarified:

Pensions are a big target for Osborne

Osborne may have talked up the government’s new schemes to support savers, but they were simply nowhere near as good as he claimed them to be. The Guardian’s Aditya Chakrabortty, for example, described the Chancellor’s lifetime ISA as:

In short, Osborne just sought to distract citizens from both the perilous state of the British economy and the dismal situation facing them in the future. Oh, and from his failure to meet two of his three fiscal targets:

But in particular, Osborne’s tiny giveaways aim to distract us from what he is actually doing.

According to a recent report by Royal London, average British workers could have to work until they are 77 to get a decent pension. And Osborne’s raid on public sector pensions makes this scenario even more likely.

The Chancellor has had his eye on pensions for a while. He recently proposed cuts to pension tax relief, for example. In this case, he backed down quickly when well-off citizens, who would have been disproportionately affected by the measure, stood up to him. Public sector workers, on the other hand, are clearly fair game. And as they are not big Tory supporters, Osborne almost certainly won’t change his mind quite so easily if they protest.

We can also be very sure that Osborne won’t stop there. As long as there are vulnerable people in Britain who don’t have fortunes to fall back on, he’ll keep on cutting.

– Support the Canary so we can continue to promote a cohesive society.

– Write to your MP to ask if they think we should all get a decent pension.

Featured image via Dr Neil Clifton/Geograph.org and the Foreign and Commonwealth Office/Flickr