An open letter to David Cameron: We don't want to live in a selfish society - The Canary 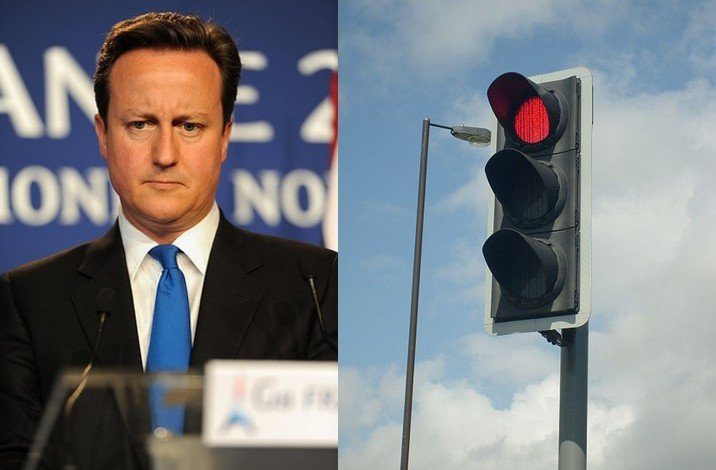 We don’t want to live in a selfish society.

In the dying embers of World War II, a new social contract was drawn up in Britain.  Freedom from poverty was made a right – a condition of citizenship. A person paid their national insurance and their taxes, and was safe in the knowledge that that they would not be made destitute by the whims of this so-called ‘market’. Furthermore, a person who was physically or mentally unable to participate in the jobs market, would not be abandoned to the mercy of philanthropy, but be the responsibility of all. In short, a compassionate society where we take care of ourselves and each other.

It was never meant to be a pay-as-you-go-system where we paid in on a transaction-by- transaction basis – I pay this, I get this.  Instead, taxes and national insurance for all who could pay, was the price of living in a civil society – the price of living in a country where the gap between rich and poor was narrowed;  where all children received a free and decent education; where every person had a safe and decent home; where any person was entitled to the best healthcare available when they were sick, regardless of their ability to pay; where you could expect a swift and just response from the police if you were the victim of crime, and a fair trial whether plaintiff or defendant; where roads, buses, trains and other forms of public transport were cost effective, safe and reliable.

It was also understood that the natural ambitions of corporations to reduce costs and increase profits, versus the worker’s requirement to be fairly compensated for their work and the social goal to create more prosperous lives for our citizens meant an arbiter was needed to balance these conflicting needs. That was to be the role of the state: to balance these conflicting needs for the benefit of society as a whole.

It was agreed that a working person living in poverty and destitution was an unacceptable phenomenon in our society.

This was our social contract.

But while the overwhelming majority of people are still honouring their side of the bargain – the political and corporate class (increasingly, actually the same people), are not.

A little over two years ago, 48 year old Terry McGarvey was rushed to hospital and died, after dragging himself to an Atos ‘work capability assessment’, through fear he would lose his benefits if he failed to attend. He joins 32 sick and disabled people who are dying each week, under these conditions.

On top of this, Grayling introduced charges for those convicted of a crime: £600 for the court costs. Michael Gove has continued these efforts, making it more likely for citizens to plead guilty when charged with an offence, because they simply cannot afford to put forward a defence.

With the criminalisation of homelessness, the increase in poverty-related crime and the rise of the workfare prison (where prisoners work a 40 hour week for as little as £11) – the government is creating conditions of poverty, and then creating ways to profit from it.

The NHS is being carved up into McDonald’s style franchises between the likes of Circle, Serco, Virgin Health and other private providers. Plans are in place for citizens to have the number of GP visits they make each year capped, and to pay £10 per visit.  Crippled by the rising price of private loans, profiteering and privatisation, the NHS is buckling under the pressure. And wherever the cracks show, it is the service (the nurses and doctors attempting to keep people well and save lives amidst all this corruption) that gets the blame, and not the vultures scoffing at its carcass.

Michael Gove and his successor Nicky Morgan have kept themselves busy ripping apart the fabric of the national education system, promising greater localism and autonomy while moving powers from Local Education Authorities across the country, to their own office in Westminster.

Young people leaving school are now faced with an average student debt of £63,000 to attend University, or a jobs market containing zero hours contracts, the fastest falling wages in the western world, a million young people out of work, and workfare.

There is a housing crisis, the result of the abandonment of the social housing policy of the post war period, which sees private landlords charging such exorbitant rents that only 1 in 8 Housing benefit claimants are unemployed. Nowhere is this more painful than the capital, with London rents now consuming more than 50% of people’s income.

What makes all this worse, is it is completely unncecessary.

This is the result of political choices, of ideological priorities. It is the choice to operate as a selfish society rather than a cooperative one. If we made different choices, chose to cooperate with each other and compete against ourselves, things could look so very different. This is not the stuff of fairy tales, this is socio-economic reality.

Take a look at the OECD figures on economic equality. The UK is the red line in in the charts below – our country is under-performing by a huge margin. 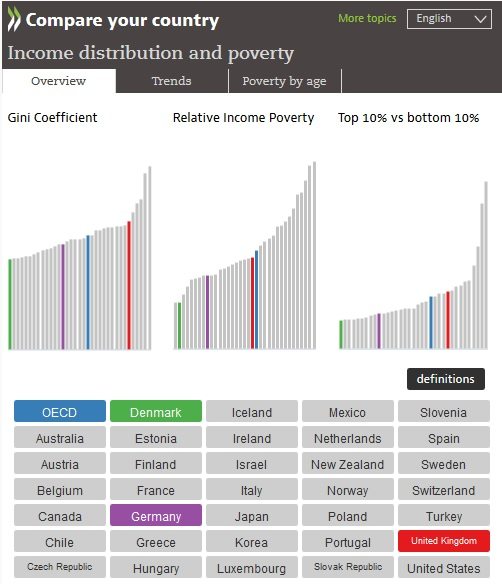 But if you look at what has been achieved across Scandinavia, Iceland and even Germany, there is cause for optimism. The goals and aspirations outlined by everyone from the Occupy Movement to anti-austerity parties like Corbyn’s Labour, the SNP and the Green Party are not only attainable. They are rational and reasonable. In the words of the OECD secretary-general:

“We have reached a tipping point. Inequality can no longer be treated as an afterthought.”

We should not allow ourselves to be torn apart by age group, race, gender or whether we were born here or arrived here. We should not keep our heads down and hope for ‘better one day’. It’s time to start building, and joining those who already started.