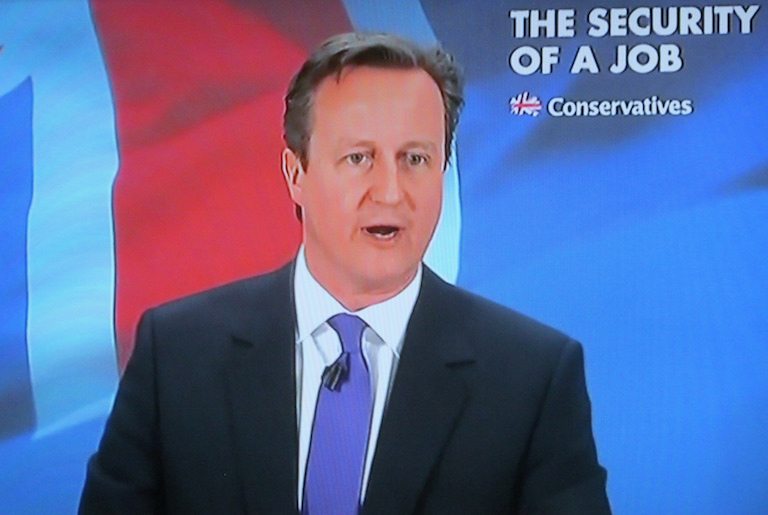 First, there was the evidence that the Conservative party broke the law in three key by-elections. Now, the party faces allegations that dozens of its MPs broke the law to win their seats in the 2015 general election itself. The party, already under investigation over its campaign spending, now faces calls for an investigation into possible criminal conspiracy. But will it be held to account?

We quite simply could not have done it without you.

If they had, 20 of them would likely have exceeded the strict spending cap that limits how much candidates can spend on election campaigns. The aim of that spending limit is to protect democracy by ensuring a level playing field between political parties. Breaching it or “making a false declaration as to election expenses” are both criminal offences.

The Conservative government holds a majority of just 12 MPs. If The Mirror is right and 24 Conservative candidates broke the law before winning their campaigns, the result of the general election is a sham, the MPs could face prosecution, and dozens of by-elections could be called. But is The Mirror right?

The Conservative party has denied any wrongdoing, saying the costs for the buses did not need to be declared by local candidates and could be declared in the party’s national campaign spend:

CCHQ [Conservative Campaign Headquarters] campaigned across the country for the return of a Conservative Government. Such campaigning would be part of the national return, not local return.

Party spending and campaign spending are defined by Electoral Commission guidance as:

In the run-up to the election, the RoadTrip 2015 (now rebranded RoadTrip 2020) team seemed very clear that it was campaigning to promote particular candidates:

Fantastic to have the Home Secretary join Midlands #Battlebus2015 in Broxtowe today campaigning for @Anna_Soubry pic.twitter.com/H8OlHfqL9M

It may be a bank holiday, but Midlands #battlebus2015 is out in force in Lincoln for great candidate @karlmccartney pic.twitter.com/3odC1BklH6

And the candidates themselves seemed to think they were being promoted:

Thanks for your help @RoadTrip2015 – it's making a huge difference! https://t.co/VVLuLSPeHA

It all seems pretty fishy. It sounds very plausible that this spending should have been declared by the individual candidates.

It was explicit support to promote a particular candidate. There were costs and expenses such as the travel being provided. That’s unquestionably an election expense for the candidate being promoted and they need to account for it.

UKIP has gone further. As The Canary previously reported, a Channel 4 News investigation unearthed evidence that the Conservatives overspent in three key by-elections they fought against UKIP. Since then, Channel 4 has found evidence that one of the 24 MPs covered in The Mirror‘s investigation, Craig Mackinlay, failed to declare at least £21,151 in expenses, including accommodation and campaign buses, in his general election campaign. Mackinlay ended up beating Nigel Farage by 2,812 votes in Thanet South.

The Electoral Commission has launched an inquiry into Conservative party spending, but it is not a prosecuting authority. So UKIP has now asked the Director of Public Prosecutions to investigate the party over Thanet South and the three by-elections:

UKIP believes that this conduct constitutes offences that are corrupt and illegal practices under sections 73, 75, 76 and 82 [of] the Representation of the People Act 1983 (RPA 1983)… These matters are of the gravest possible nature in a western democracy. The mere suggestion that the party of government potentially conspired, perhaps even at the highest level, to pervert the course of a democratic election is one that requires your very serious personal attention.

The DPP says it has no powers to investigate, although it could invite the police to do so.

“Matters for the police”

John Mann MP has suggested that The Mirror‘s allegations should also be investigated by the police:

It’s a matter for police and I’d expect there to be challenges to the results in those constituencies.

I hope, if people complain, that the local police forces will take their complaints seriously.

But there’s a catch.

To “ensure finality in elections,” there is a 12-month time limit on prosecuting offences relating to election expenses. That time limit has already expired for the by-elections – and it is nearly up for any offences committed during the general election, which was held on May 7 2015.

But, as the Electoral Commission has pointedly warned Kent police, police forces can apply for an extension for investigating allegations. It said: “unless the police apply to the courts for an extension, which they are entitled to do under the Representation of the People Act, they will have missed the opportunity to investigate any allegations.”

Conservative Home has pointed out that “if just 901 people in the most marginal seats had voted Labour instead of Conservative, last month’s majority would never have been achieved: every one of those days spent campaigning was crucial”. Now it seems those 901 people may have been persuaded to vote Conservative using corrupt and illegal practices.

You might think that that holding a governing party to account over allegations that it cheated in a general election would trump concerns over “finality in elections”. But it doesn’t. If we want to protect our democracy, it seems, voters in affected constituencies may need to start complaining to their police forces. Quickly.