This list of political wins proves that working together, we can change the world - Canary Workers’ Co-op 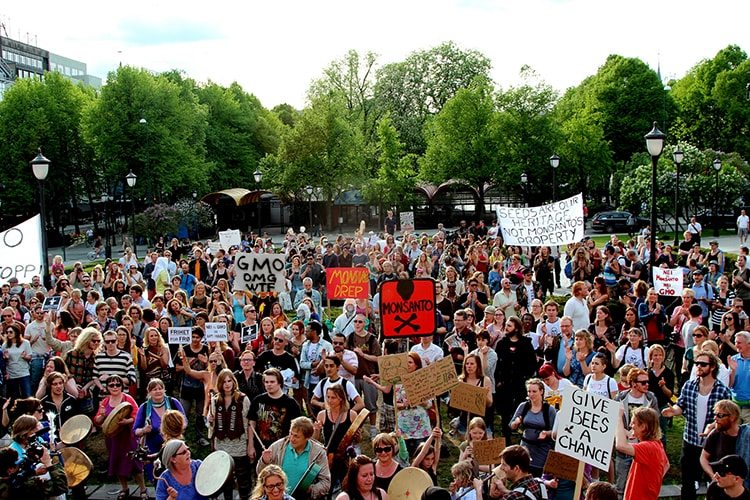 If Britain’s voter turnout is anything to go by, political apathy is rife. But several times already this year, online campaigning organisation Avaaz has demonstrated that there are millions of people invested in global politics, taking action, signing petitions, and helping to affect genuine change.

Those who rely exclusively on online petition sites and social media to enact ‘armchair politics’ are rightly accused of ‘slacktivism‘. In 2011, journalists Clay Shirky and Malcolm Gladwell famously represented two sides of the debate on the internet and social media’s role in politics. This was even before they played a role in Occupy and the Arab Spring.

While it’s frustrating that some refuse to participate in society much further than the tap of a finger every now and again, it’s important to understand what role a petition can play in political change. While it’s not necessarily been a radical one so far, could it become so if used to its full extent as a global, democratic tool?

‘The World in Action’

Avaaz consists of a small but international organising team who facilitate and deliver online petitions and campaigns for social justice. In the first few months of 2016 alone, the list of actions that have resulted in life-changing results is impressive.

Already they have contributed to the halting of a licence allowing Monsanto to sell controversial pesticides in Europe; contributed to a decision to stop the sale of arms to Saudi Arabia in the face of ongoing human rights abuses, and convinced the Somalian Prime Minister to sign a petition to end female genital mutilation in his country, along with 1.3 million other signatories.

Though these actions come under the Avaaz banner and leadership it is, of course, the millions of us that participate by signing petitions, raising money and spreading awareness that are able to connect with those in power, both political and corporate. What organisations like Avaaz, 38Degrees and change.org do is give people the feeling that they have a ‘vote’ that matters – a lack of which is so often cited as the reason for voter apathy in the UK.

Some legislation is already on the table, and plenty of campaigns have already been long in motion before a petition gets to them, of course. Still, the results of these petitions demonstrate the power of political organising and collective action when enough global support can be added to an existing movement. Those making the laws that have been boosted by Avaaz’s actions have mentioned the group by name as being particularly influential in bringing decisions to pass, even if the campaign did not originate with them.

It mustn’t be forgotten that the power of corporations is so great that even the politicians that are working against them have a real struggle on their hands. When the EU was set to re-approve Monsanto’s licence to use the “probably carcinogenic” pesticide glyphosate in March, Avaaz delivered a petition signed by almost 1.5 million people to the European Parliament. Pavel Poc, MEP and vice-chair of the Parliament’s Environment, Health and Food Safety committee said:

The Avaaz campaign helped to raise awareness and concern of the general public about glyphosate. This helped me as a parliamentarian to work on this issue… Stay with us in this fight

As well as petitioning for legislative change, the organisation also raises awareness of inequality and corruption through media campaigns, and negotiates directly with business and political leaders. But the people signing the petitions must also remain in the fight, and a collective vigilance around political life must be maintained for these single clicks to be meaningful.

In 2015, Avaaz worked alongside garment workers, activists and other NGOs to pressure clothing giant Benetton into paying its fair share of compensation after the Rana Plaza garment factory collapsed, killing 1,134 workers.

The clothing companies that had placed orders with the factory, and thus had a stake in the lives of the poorly-paid workers, initially refused to pay for their lack of vigilance in their supply chains. But after a collective effort that saw companies fold to the pressure as Avaaz and its community combined a million-strong petition, a media campaign and negotiations with executives, Benetton finally paid $1.1million.

However, after the offending companies had paid what they deemed to be their full share, the fund was still short by millions. Campaigners argued that Benetton should have in fact paid around $5m, because of its “size and ability to contribute”.

The target of the compensation fund was later 100% reached via donations by other companies and individuals. Still, it’s clear that it is not enough to only pressure those with too much power to apologise and pay up after the fact of the harm they have caused.

Ultimately, this illustrated that global networks can be used to dial political pressure up a gear. By being able to collectively and effectively communicate, and demand political change alongside others across the world, we can begin to make a mark in more radical and transformative ways. We must use these tools effectively. The aim should be to stop huge companies from having the power to exploit in the first place, rather than fixing the resulting messes of government corruption and corporate harm.

Create your own petition.