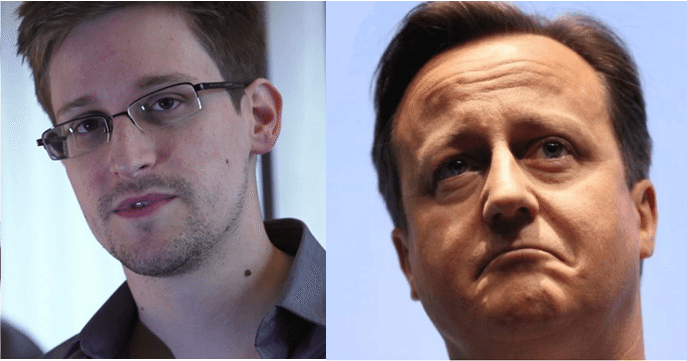 In what is turning out to be Cameron’s worst week since becoming leader of the Conservative party more than a decade ago, he has now received a body blow by an old foe: NSA whistleblower Edward Snowden.

Snowden took to Twitter on Sunday to remark on the stunning response of David Cameron to evidence that his father avoided corporation tax for more than 30 years by using an offshore tax haven. For those who missed Cameron’s reaction, he refused to comment, claiming it was a “private matter”. Snowden responded with the perfect ‘I told you so’.

Mr Cameron did not grant comedian Jimmy Carr the same leniency in 2012, when he was found to be keeping £3.3m of earnings offshore. At the time, the Prime Minister said:

I think some of these schemes – and I think particularly of the Jimmy Carr scheme – I have had time to read about and I just think this is completely wrong.

People work hard, they pay their taxes, they save up to go to one of his shows. They buy the tickets. He is taking the money from those tickets and he, as far as I can see, is putting all of that into some very dodgy tax avoiding schemes.

That is wrong. There is nothing wrong with people planning their tax affairs to invest in their pension and plan for their retirement – that sort of tax management is fine.

But some of these schemes we have seen are quite frankly morally wrong.

Cameron also placed no such value on privacy when Edward Snowden exposed the illegal and secret surveillance state that has been built round citizens of the US and UK. Cameron said at the time:

I think the public reaction as I judge it has not been one of ‘shock horror!’ but one of ‘intelligence agencies carry out intelligence work: good’

A YouGov poll showed just how wrong Mr Cameron was on that issue.

The most recent Ipsos Mori poll placed Jeremy Corbyn above David Cameron in approval ratings, and Cameron’s cabinet continues to crumble on everything from the EU to disability cuts. This latest scandal could be the undoing of David Cameron, and the Conservative party as we know it – and that will be a very public matter indeed.