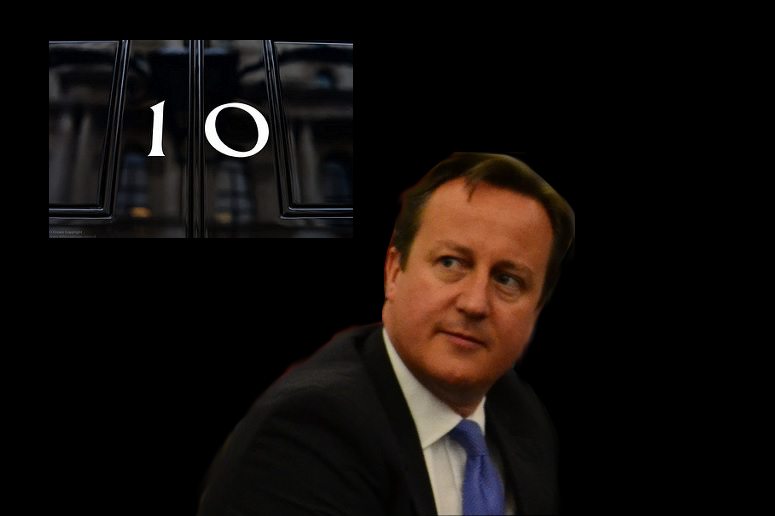 David Cameron could be entering his last 24 hours as Prime Minister of the UK. Following a laboured confession that he has previously profited from his late father’s tax dodging, calls for his resignation are coming thick and fast.

MP’s have said that Cameron’s “credibility is lying in tatters” and he should “resign immediately”. Petitions are circulating on social media demanding he step down. #ResignCameron is trending on twitter. And a demonstration outside Downing Street is scheduled for Saturday to protest his profiteering from offshore funds.

With outrage so intense, and coming from so many different corners, the UK could very well be on the precipice of ‘pulling an Iceland’ and forcing the Prime Minister from office.

Much of the anger over Cameron’s involvement in the Panama Papers tax scandal has been due to his truth-dodging response.

Following the revelations that his father’s investment fund – Blairmore Holdings – used its offshore status to avoid paying UK tax, Cameron initially pleaded that such dealings were a “private matter”. Pushed further he then claimed that he, and his immediate family, did not benefit from the funds at present, nor would in the future. Finally, after days of procrastination, Cameron scheduled a late evening interview with a single broadcaster to admit he had previously profited from shares in his father’s company – which were worth around £30,000.

This sort of truth-evasion erodes the public’s faith in politicians, and it has no place in the behaviour of the country’s premier.

When Cameron finally did admit he had held shares in his father’s offshore company, he explained why he eventually sold them:

I sold them all in 2010 because I wanted, if I was going to become Prime Minister, y’know, I didn’t want anyone to say you’ve got other agendas, or vested interests, or all the rest of it.

It’s also interesting to note that Blairmore Holdings relocated to Ireland this same year because it feared the company would “come under more scrutiny” at that point.

These manoeuvres could easily have been an attempt to cover up the family’s tax-avoiding history at a time when it was essential for Cameron to appear upstanding. And in this skeptical age, a politician’s record – including prior to taking office – is key in maintaining public trust, as the Jeremy Corbyn and Bernie Sanders surge has proved.

And, seemingly, despite Cameron offloading his “vested interests” before becoming Prime Minister, he has continued to fight their corner by personally shielding offshore trusts from EU transparency laws in 2013. Perhaps because the Conservative party is bankrolled by donors with links to tax havens.

But such Tory smoke and mirrors cannot hold. Especially against a backdrop of IDS’ resignation, the impending EU referendum, Osborne’s budget in tatters, and Corbyn surging in the polls. In a society ravaged by ‘necessary’ austerity, the British public are proving intolerant of the gross unfairness surfacing right now. Iceland has already booted their Prime Minister for his tax-avoiding behaviour. The people of France are also currently involved in a mass protest across the country, attempting to:

construct something new from the bottom up whilst deposing a system made by the elite for the elite, a system that everyone knows is broken and cannot be fixed.

UK citizens now have the chance to do the same. But as whistleblower Edward Snowden has noted, although the “next 24 hours could change #Britain” the devil is in the detail:

With respect, hope is not a strategy. #PanamaPapers https://t.co/FVJcJUOOMG

Hope is the springboard that propels us to action. But without the latter, the former does not become reality. If we want Cameron out of office, we have to fight for it.

Attend the protest for Cameron to resign this weekend.

Sign the petition for Cameron to step down from office.

Support The Canary so we can keep you informed of developments.