If David Cameron resigns, here's who will be our next Prime Minister - Canary 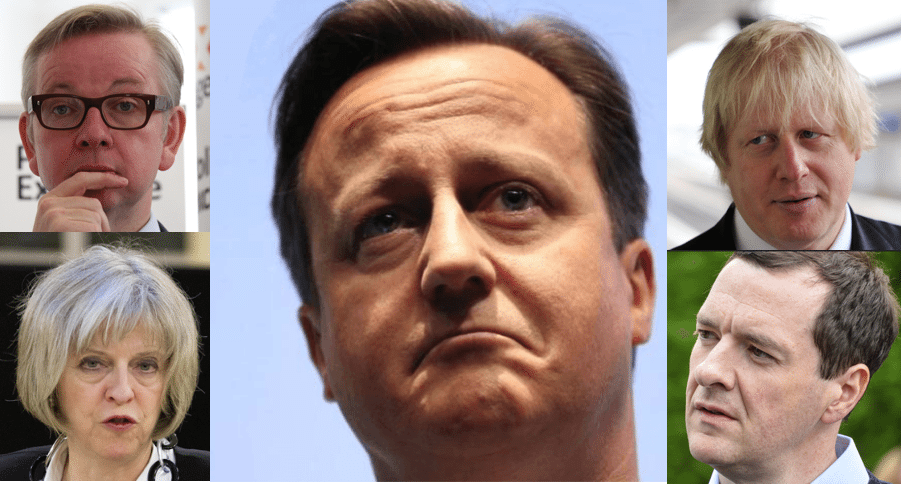 As pressure mounts on David Cameron to resign over the Panama Tax scandal and the cumulative negative impacts of ideological austerity, it’s prudent to start looking at what happens in the event of his resignation. Who becomes Prime Minister, and how does it happen?

In past arrangements, the Deputy Prime Minister or Chancellor serves as the placeholder Prime Minister – put in place until such time as a leadership or general election can be called. When Labour Prime Minister Tony Blair resigned mid-parliament in June 2007, Chancellor Gordon Brown visited the Queen at Buckingham Palace the same day to request to form a government. 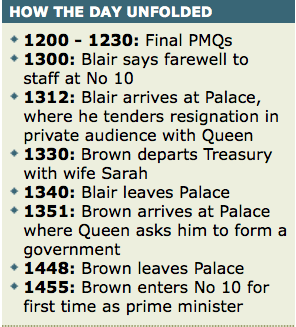 However, the situation with Cameron’s Conservative government in 2016 looks somewhat different.

Firstly, there is no Deputy Prime Minister.

Secondly, the Chancellor is himself facing mounting calls to resign over tax avoidance and a hugely unpopular budget which saw the resignation of Work and Pension Secretary Iain Duncan-Smith. It is inconceivable that a walking wounded George Osborne could command the support of the public or the party at this time, especially as the party itself fractures over the EU referendum in June.

The Cabinet Manual, which stipulates the rules and procedures for the life of the parliament, states the following on the departure of a Prime Minister during parliament (that means, before the next general election). It reads:

Where a Prime Minister chooses to resign from his or her individual position at a time when his or her administration has an overall majority in the House of Commons, it is for the party or parties in government to identify who can be chosen as the successor.

This would imply that the Conservative party, at perhaps its most divided in decades, would be plunged into a no-doubt bitter leadership race.

Who would be the front runners?

The obvious contender would be eurosceptic, and household name, Boris Johnson. He is the bookies’ favourite to be next Conservative leader regardless of Cameron’s departure date.

However, according to a survey by Conservative Home, Johnson’s reputation has also suffered a direct hit in recent months. 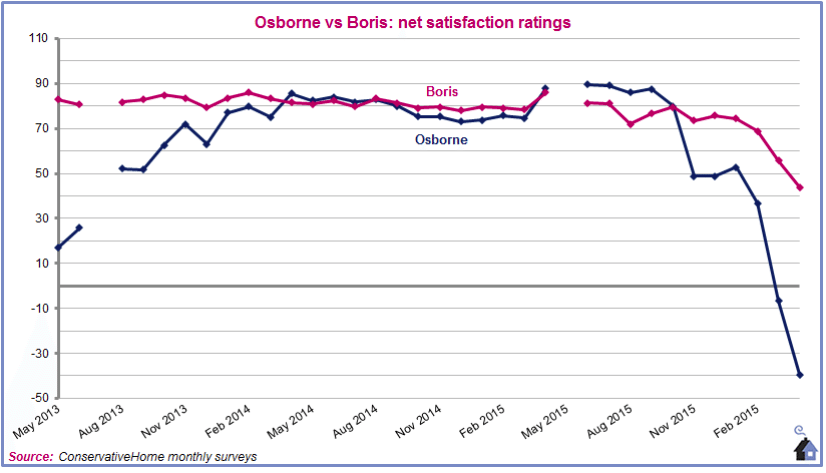 So, who else might be waiting in the wings?

Believe it or not, there is growing support for Justice Secretary Michael Gove. We have noted several favourable pieces on Gove coming out of Conservative media in recent weeks. However, while Gove would no doubt be a unifying force in the party, his public approval sits somewhere between Hitler and Pol Pot.

Outside of this group, it is almost impossible to think of a single person who would command the support of the party and the public to hold together a stable government; let alone win the election in 2020, or a snap election earlier.

Of course, Cameron may choose not to resign, but instead face a Vote of No Confidence. In this case, the Cabinet Manual stipulates:

In which case, a snap election would take place, with all the same issues facing the Conservative party as if Cameron had resigned.

In short, the departure of David Cameron would most likely be the end of the Conservative government – and most likely not just in the short term. All of which means our next Prime Minister could very well be this chap.

It is difficult to see how the Conservative party would be able to pick a new leader in its current divided state. This division may herald the beginning of another period of wilderness for the party, as members and MPs struggle to redefine what being Conservative means in the 21st century. As conservative columnist Peter Oborne wrote in the Daily Mail on April 2:

make no mistake: a heavy price is being paid for allowing the European ‘bomb’ to go off again. Already, the Government is paralysed after the shambolic Budget, as was seen in the lame response to the long-awaited steel crisis.

The 30-year Tory civil war may be coming towards its close, and it’s still not clear how it will end. One thing is certain, however: it will be very bloody.

The Conservative Party has not been under this much pressure, or this divided, since the toppling of Margaret Thatcher – and it took the party two decades to recover from that episode. With a resurgent Labour opposition in England, the SNP in Scotland, and Welsh Labour and Plaid Cymru in Wales – the bell could well be tolling for Cameron’s Conservatives.

A mass demonstration to call for David Cameron’s resignation is taking place at Downing Street on Saturday April 9, at 12 noon. Details here.