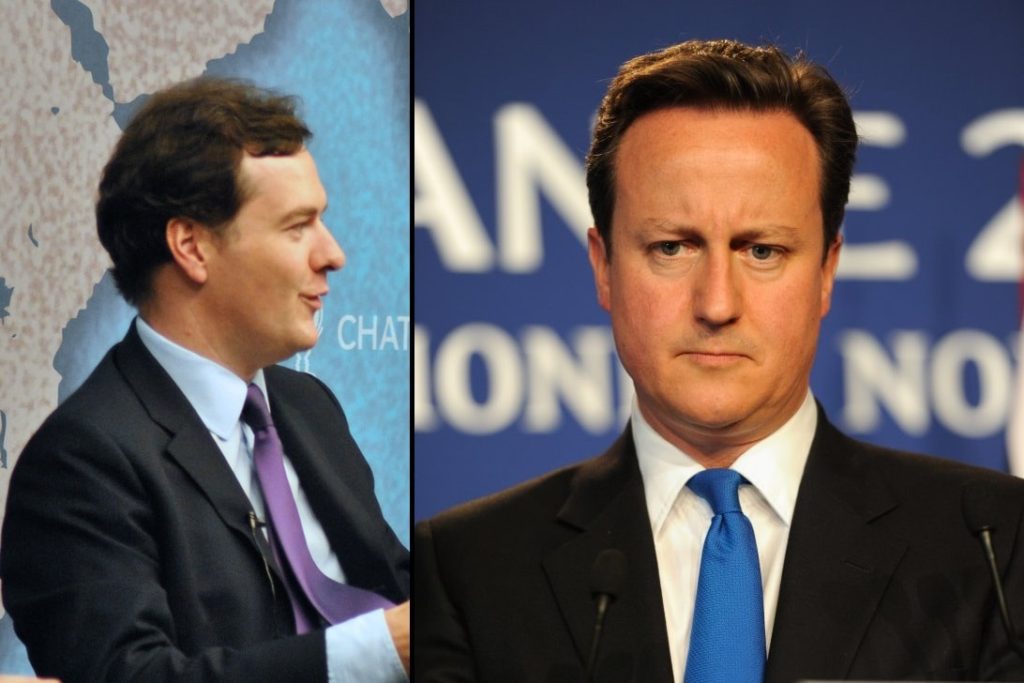 That was in October 2014. Osborne condemned tax dodgers as ‘common thieves’ only 2 years ago. And here’s the Guardian’s front page on 8 April 2016:

Hence, Osborne has called his own boss a ‘common thief’. Even at the time, Osborne would have known about Cameron’s dodgy profiteering. Twitter is making Osborne regret opening his laptop at all that day:

It has been a rocky week for Cameron. On 3 April 2016, a corporate media coalition announced that over a year ago they began to obtain 11.5 million documents that exposed how the world’s rich and powerful employ the Panama-based law firm Mossack Fonseca to dodge tax. The journalists subsequently released revelations from a tiny portion of the documents, which named and shamed Cameron’s late father as the owner of a tax haven. Now, after days of stalling, Cameron has finally admitted he and his wife owned shares which sold for over £30,000 in Blairmore Holdings.

On Twitter, some defended Osborne and noted the difference between tax evasion and avoidance:

@George_Osborne Tax evasion is one thing. Tax avoidance is another. It is not immoral to avoid paying as much tax as possible.

However, the only difference is that tax evasion is illegal. They are both equally immoral considering society depends upon taxes to maintain roads, fund public services and provide economic security. Anybody making profit relies upon publicly funded infrastructure to do so, and therefore should pay back their due contribution.

And Osborne addresses not just the illegality, but the immorality of tax dodging.

@George_Osborne @Wagnerian1979 But if, as is too often the case, immoral things are done with tax money, is it really immoral to avoid them?

Evidently it can be argued that this government are not spending our taxes wisely – they are not properly funding our services –  but the rich and powerful are dodging tax solely to increase their profit, not to take a moral stance.

Fresh embarrassment appears to be coming from every angle. It turns out, Osborne also called Cameron “morally repugnant”:

Osborne explicitly called tax avoidance “morally repugnant” in March 2012. These comments are certainly coming back to bite both the Chancellor and the Prime Minister in the arse.

And Cameron may not be Prime Minister for much longer. The hashtag #CameronResign has been spreading like wildfire since Friday morning, mounting 64,000 tweets and increasing exponentially. MPs have already said Cameron should “resign immediately” as his “credibility is lying in tatters”. Petitions are flying around social media calling for his resignation.

Now it’s surfacing that his right-hand man de facto called him “morally repugnant” and a “common thief”. This is not going to do the Prime Minister any favours.