Top 3 times Cameron has tried to pretend he's one of us, and failed miserably (VIDEOS) - Canary 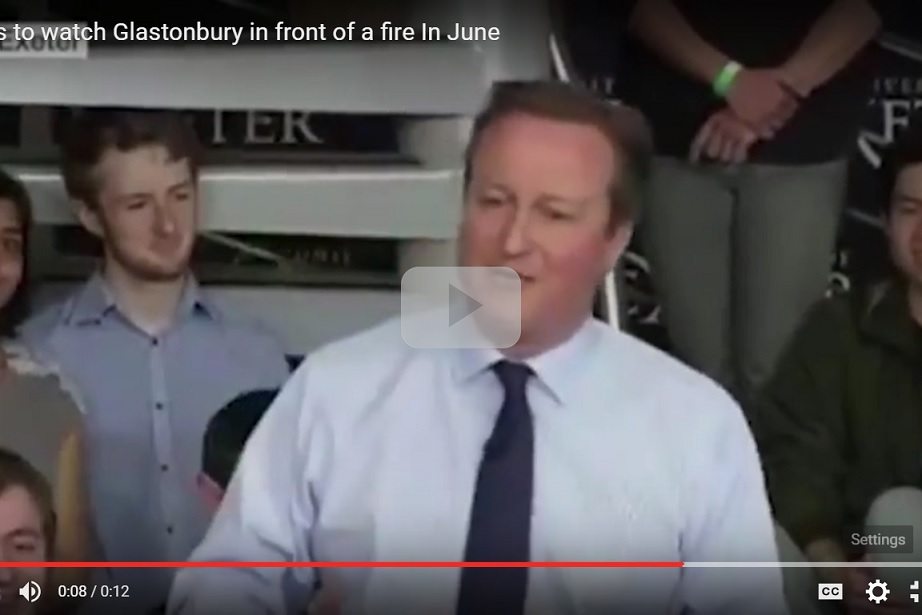 David Cameron isn’t exactly the most natural of politicians when it comes to, well, acting natural. And with another painful attempt to interact with young Brits this week, he has crashed and burned yet again.

We may think that the Conservative government’s barefaced lies and life-destroying policies were embarrassing enough. For example, Tory claims to be the ‘workers’ party’ could perhaps generate a laugh or two if they weren’t so evidently deceitful. How many normal families in Britain, for example, send their money offshore to avoid UK taxation (like Cameron’s father did) while fighting to exempt offshore trusts from an EU-wide crackdown (like Cameron did)?

But it seems this isn’t enough for the man who is unaware of how much basic goods cost at the supermarket. So he seeks embarrassment from outside the political arena, too…

He’s one of us, but from a comfortable distance

On 7 April, the Prime Minister was speaking to students at the University of Exeter about the EU referendum. Then, to break the very serious atmosphere, he started to talk about the Glastonbury festival. But he did this in a very unyouthful way, insisting that he prefers to watch it from a safe distance. Far away from the mud, the multitude and the music, Cameron said he watches the festival on TV, “in front of a warm fire” – which we might consider a bit unnecessary given that it takes place in June.

But this is not the first time Cameron has embarrassed himself by trying to seem like the rest of us.

The Prime Minister is clearly not a big sports fan. But he still tries. And fails.

This is the man who has claimed to be an Aston Villa fan in the football world, but has called on people to support West Ham:

He has also shown his abilities (or lack thereof) in cricket and badminton:

But most hilariously, he has embarrassed himself by teaming up with the more capable Barack Obama at table tennis:

Cameron also seems to like mimicking other people’s accents, even though his attempted impersonations are consistently weak. We can probably all remember his repetition of the “You ain’t no Muslim, bruv” phrase from December 2015:

But he has also taken a shot at Australian:

And finally, he attempted a Yorkshire accent when ridiculously claiming William Hague was the “greatest living Yorkshireman” in 2014. He was mocked enough for this claim alone, with Snappa’s Sports Editor Ali Mason saying:

David Cameron just described William Hague as the greatest living Yorkshireman, presumably because he's the only one he's ever met.

But his attempt at the accent was also yet another in a long line of embarrassingly cringeworthy impersonations:

We may not know just how much of David Cameron’s family fortune has been spent on PR over the years. But the few examples given above are pretty good evidence that it hasn’t been enough to make the Prime Minister look like one of us.

– Sign this petition asking for a snap general election.

– Join the protest in London on Saturday 9 April. Many thousands are expected to attend.

– See this article about Cameron’s own father being exposed as a tax avoider.