Revealed: How the Conservative party is bankrolled by tax havens - Canary 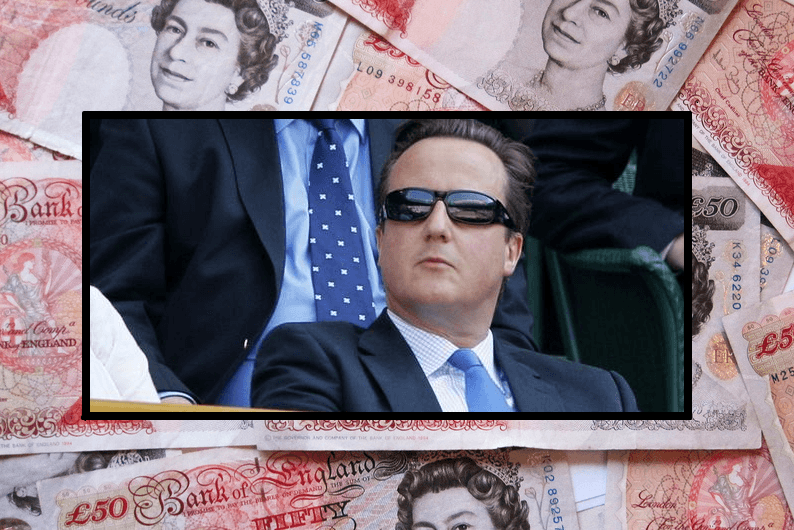 In the aftermath of the ‘Panama papers’ leaks, it can be revealed that the Conservative party is bankrolled by donors with links to tax havens.

The leak of over 11 million confidential documents has left the Conservative government on the defensive. The documents exposed how the rich and powerful employ the Panama-based law firm Mossack Fonseca in order to dodge tax. David Cameron has since admitted that he profited from his own father’s tax dodging, which was exposed in the leaks.

The government responded to the leaks:

Our message is clear: there are no safe havens for tax evaders and no-one should be in any doubt that the days of hiding money offshore are gone. The dishonest minority, who can most afford it, must pay their legal share of tax, like the honest majority already does.

However, the Conservative party itself is bankrolled by tax dodgers. An investigation by the Political Scrapbook in 2013 showed that at least 14 of the top 20 Tory donors can be linked to tax havens. Top Tory patrons likely avoid tax and then donate hundreds-of-thousands of pounds to the party.

Accordingly, six household multinationals gushed over a ‘mate’s rate’ of 0.3% corporation tax in 2014. Apple, Facebook, Amazon, Google, eBay and Starbucks paid next to none of the 21% corporation tax, while small and medium-sized businesses must pay their share.

Perhaps they enjoy such treatment because they are exploiting the same tax havens as the people funding the Tory party. According to the Political Scrapbook, big time Tory donors Michael Farmer and Andrew Law both run hedge funds headquartered in Bermuda. Correspondingly, Google’s Bermuda subsidiaries helped the company avoid £1.2bn in taxes in 2012.

Rich individuals do not generally make bad investments. And considering the government’s record on tax collection, neither have these Conservative party donors.