Doctor's dazzling response to Hunt’s fear mongering is going viral, for all the right reasons - The Canary 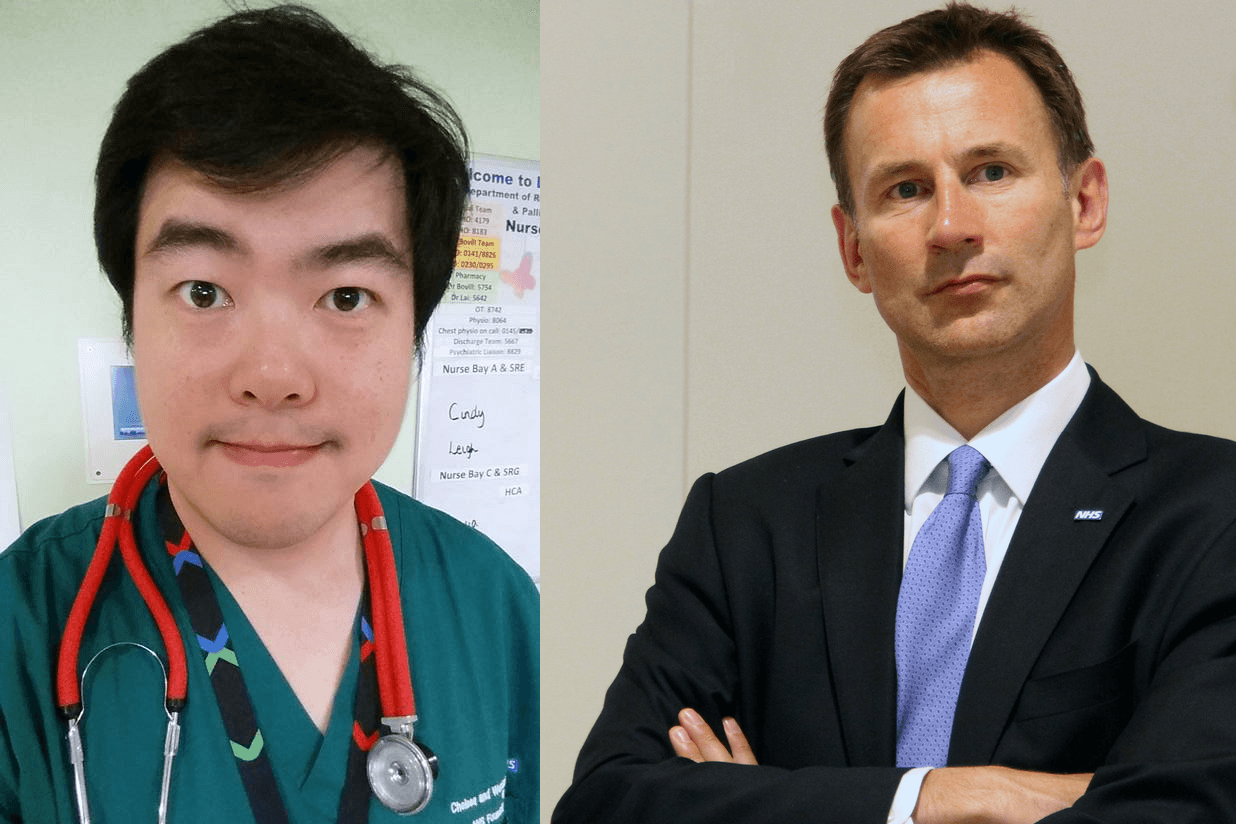 On Thursday, Dr Phillip Lee, a consultant, took to Facebook to set the record straight on the upcoming all-out junior doctors’ strike. They have a 48-hour strike planned for 26 and 27 April and they will not be providing emergency care.

Jeremy Hunt’s department has been claiming that the looming strike will put patients “in harm’s way”.

However as Dr Lee wrote, it is the contract itself that is the real danger:

Our [consultant doctors] support lets them protest the change to our NHS that is not safe for patient care.

Since then, Lee’s post continues to spread like wildfire, eliciting over 18,000 shares and 20,000 likes at the time of writing.

It is not just the Department of Health who is peddling fear about the strikes. NHS England medical director Bruce Keogh claims they will put vulnerable people “at risk”.

However, Dr Lee vows that is not the case:

You see as doctors, we have all sworn an oath to do no harm.

This oath is the reason Dr Lee says “categorically” that during the all-out strike emergency care will be provided by consultants and specialists doctors. But significantly it is also precisely why the strikes must take place. Junior doctors know the contract is unsafe and that is why they are taking action.

In February, Jeremy Hunt announced that he would be imposing his contract on junior doctors. Hunt is ostensibly trying to deliver a ‘truly’ 7-day NHS, but he’s offering nowhere near enough extra funding or staff. Within the context that NHS demand for emergency services is up 3.6% while funding is only up 1%, this contract will only serve to push a public institution that is already unsustainable, further towards breaking point.

This, in turn, will serve to create the conditions by which privatisation seems the only option for a functioning health service. Exactly as the government plan.

Back in 2012, the NHS was legally abolished as a public institution under the Health and Social Care Act, opening it up to increasing privatisation ever since. Accordingly, many of the profiteers are Conservative parliamentarians themselves, who have vested interest in private healthcare. Back in 2005, Jeremy Hunt co-authored a book, with other prominent Conservatives, calling for the NHS to move to an insurance-based system.

Given that Dr Lee is right to say “people trust doctors”, this post from Dr Lee is a huge thorn in Hunt’s backside. An Ipsos MORI poll in January found that doctors remain the most trusted profession, with an 89% trust rating.

Tory austerity is the real threat to the safety of patients. The government are demanding a better service, while not providing nearly enough funds or staff. Dr Lee’s viral post has set the record straight on strike action that continues to be misrepresented. But it also emphasises that it is the long-term safety of patients driving the strikes in the first place. The contract puts patient safety in jeopardy – this context must be front and centre.

–Support The Canary so we can continue to expose political spin.

–Express solidarity with the junior doctors on Twitter with #JuniorDoctorsStrike.