David Cameron tells joke about "rough sex on a farm", and gives the whole country the creeps (VIDEO) - Canary 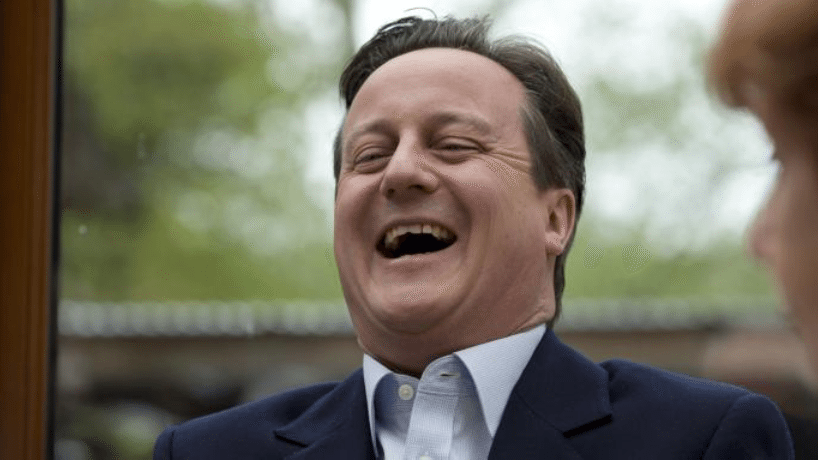 David Cameron is the focus of public ridicule today after news of an embarrassing attempt to tell a dirty joke on a Tory team away day was leaked.

According to reports, Mr Cameron made his gaffe infront of over 300 MPs enjoying wine and spirits laid on by millionaire party chairman Lord Feldman. Speaking to the assembled guests, Mr Cameron said:

A man moves to Lincolnshire, and is lonely until he gets a visit from a local farmer.

The farmer invites him to a party, but warns him there will be a lot of heavy drinking.

The man agrees that a bit of booze is likely to help lubricate the evening, and help him make friends.

The farmer warns there will probably be a lot of fighting, but that doesn’t deter the newcomer.

Finally, the farmer says the evening will probably end with “a lot of rough sex”, but the new arrival shrugs and supposes that’s as good a way as any to get to know people in the community.

As the farmer turns to head home, the the man asks him what he should wear.

The farmer says: “You can wear whatever you like, because it’ll just be you and me.”

According to the Huffington Post, the joke is apparently an old favourite and was served up to Westminster correspondents at a dinner two years ago.

The Times stuck by the PM, with a mild defense – but they were pretty solidly on their own. As everyone else just felt an acute attack of the creeps.

David Cameron has told Tory MPs his favourite joke – and we're not in Kansas any more https://t.co/zTfx7lmMYA about as funny as his govt

Ugh … He's just so tacky. Like some kind of over familiar carpet shop sales man https://t.co/OjT1uy2nkS

Don’t worry though, it could be worse. Remember the time he joked about schtooping the wife of MP Peter Bone? We’ll just leave this here.