Cameron sets the UK on course for another war, without public consent - Canary 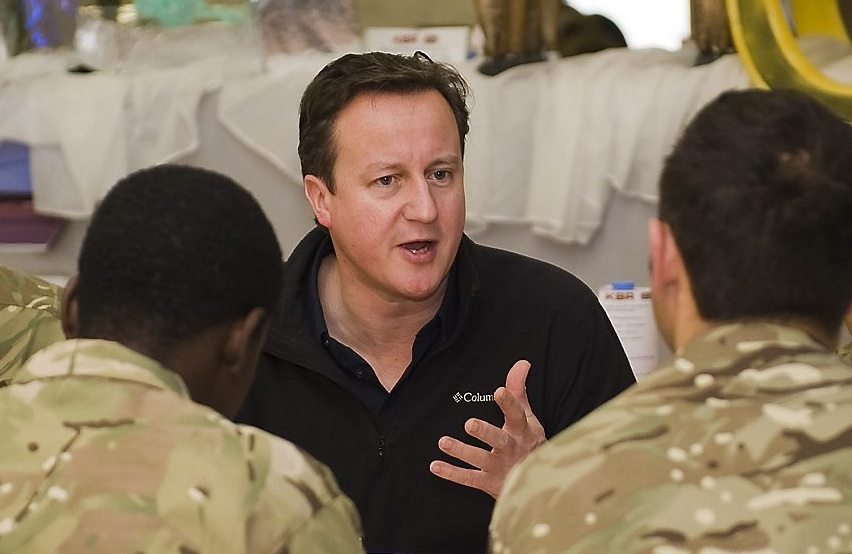 While the UK public has been consumed by the battle over Brexit, their government has been very busy. Over the last 24 hours or so numerous mechanisms have been put in place to ensure that a new war in Libya is almost inevitable. And, importantly, these developments lock out MPs and the public from doing anything to stop it.

Following the disastrous western wars over the last couple of decades, it has become common practice in the UK for new military interventions to be brought before parliament. This mechanism stopped the approval of airstrikes in Syria in 2013. It also ensured Cameron only managed subsequent approval for Syrian airstrikes in 2015 by the skin of his teeth.

Plans were afoot to enshrine the practice into law under a war powers act, which David Cameron defended when in opposition. But the Conservative government just rejected the idea. The Defence Secretary Michael Fallon explained why, saying that ministers do not want to be:

artificially constrained in action to keep this country safe

It is telling that Fallon considers democratic consent “artificial”. And the timing of the Conservative’s change of heart is significant. The desire by western powers for military intervention in Libya has become obvious over the last couple of months. In fact, the US has already started. But approval from the UK parliament for such action would be far from certain. Thankfully for Fallon, he now doesn’t need it.

Another hurdle in securing military action in Libya is consent from the country’s government itself. But since the 2011 short-sighted military campaign in Libya, which Barack Obama has admitted was the “worst mistake” of his presidency, the country has been in political turmoil.

Until early April, Libya had two rival governments. According to Gulf News, certain areas of the country are also controlled by some 2,000 different militias, including ISIS (Daesh).

Now a third UN-backed faction, called the Government of National Accord (GNA), has been thrown into the mix. This new ‘unity government’ is championed by both the EU and the US, and they are putting pressure on the existing governments to support it.

Foreign Secretary Philip Hammond visited Libya on 18 April to champion the new government. He pledged £10m in funding, and according to the Libyan News Agency vowed the UK will:

extend technical support to Libyan sovereign institutions the National Oil Company, the Central Bank of Libya and the Investment authority to pursue their work

Libya is rich in oil resources, and their existence is significant in the western argument for needing ‘stability’ in Libya’s government. But it appears foreign military intervention, as always, is being touted as the path to such ‘stability’. And with the new government already being urged to ask for more than “vague” requests for assistance, it is quite possible it will comply.

There is, though, the small problem of public consent for the brewing war. Despite the fact the UK government has moved to limit parliament’s say in military action and may gain consent from the new Libyan government, public anger could hold some weight.

However, in a timely manner, NATO has just cranked up the fear machine and set it to full throttle. It claims that there is a “justified concern” that Daesh is plotting biological and nuclear attacks on Britain and Europe. It was also recently claimed by an anonymous defence official that Daesh is declining in Iraq and Syria, but gaining ground in Libya.

So, where better to strike than Libya to stop the impending nuclear devastation that Daesh is about to unleash on us? It seems our manufacturing industry is booming, but only when it comes to manufacturing consent.

Although it is alleged there is already some UK military presence in Libya, we may be about to see a whole lot more. And as the Foreign Secretary “stands ready” for further military intervention, the rest of us should stand up to the fact that we’ve been shafted. This is a blatant circumvention of our democracy.

Take action with the Stop the War Coalition.

Write to your MP about your views on military action in Libya.

Support The Canary so we can continue to bring you this news.