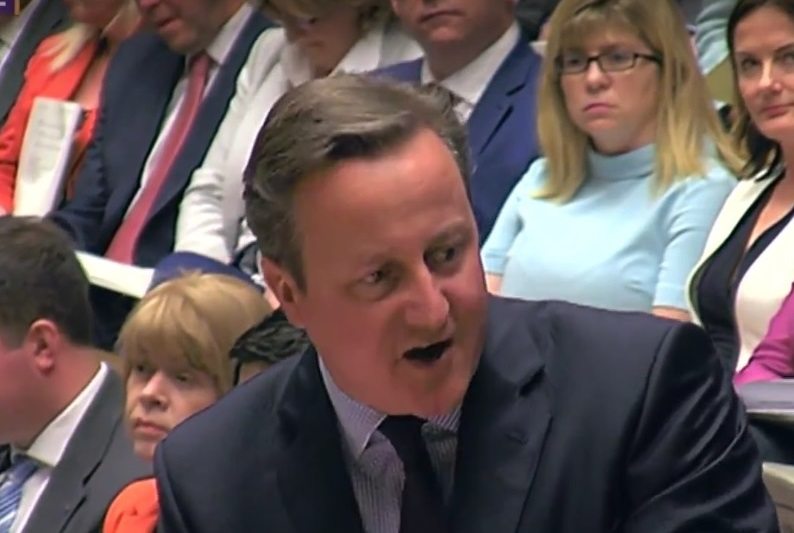 At Prime Minister’s Questions (PMQs) on 20 April, David Cameron defended his government’s education plans from a powerful assault by Labour leader Jeremy Corbyn. But for many in the teaching community, the policy of forcing all schools to become academies is indefensible.

Cameron spoke at PMQs of “clear evidence of academies” improving Britain’s education system. But this assertion has been contradicted by even Conservative MPs. Corbyn quoted one – the former Chair of the Education Select Committee, Graham Stuart – as saying:

And it seems many teachers agree with Stuart.

In the last two weeks, the resignation letters of two primary school headteachers have gone viral. These letters, which slam the government over its anti-democratic education plans, are powerful examples of the opposition which currently exists within the teaching profession.

I don’t believe that the government’s drive to force us all to become academies is the way forward. I do not see any evidence that it will raise standards… I believe the school we run here does very well for our pupils, that our standards are already high, and there is no reason for us to become an academy.

You can read more of his letter here:

I didn't want to name the school until I'd spoken with the head but here you go @nickymorgan01 YOUR fault pic.twitter.com/GBJhwr5glD

Just days before, on 8 April, another headteacher announced she was stepping down. Kit Messenger, Headteacher at Manor Field Primary School in West Sussex, said:

in the current educational climate I no longer feel it will be possible to achieve my vision for children at Manor Field School.

I have increasingly felt that we are ‘factory farming’ our children… [But] the recent announcement that all schools should become academies has further strengthened my belief that now is the time to leave… I strongly believe in a state system in which all children have access to a good, rounded education and where staff are treated with respect and enjoy fair working conditions; I do not believe this will be possible under our progressively fragmented educational system.

Here is the letter in full:

Wholesale academisation is not the way forward

The government’s academisation plans have been criticised widely for a number of reasons. One petition, which has called for a full public inquiry into academies and a referendum to show they have a popular mandate, insists:

There is growing evidence that academies underperform & serious questions about their financial oversight.

As the policy was not in the Conservative manifesto before the 2015 elections, the petition considers it to be “a completely undemocratic move”. The petition has been signed by over 150,000 people, but no action has been taken in parliament as a result.

The changes have also received a tidal wave of criticism on Twitter. For example:

Forcing all schools to become academies when 82% of council maintained schools rate good or outstanding defies all logic.

Great to see schools being taken out of the control of experts and given to those who can make money from them. #academies

At PMQs on 20 April, Jeremy Corbyn quoted Institute for Fiscal Studies figures revealing that school spending is set to fall by at least 7% in real terms in the next four years. This, he insisted, would be the biggest cut in education spending since the 1970s. Taking this into account, he asked:

Why on earth is the Prime Minister proposing to spend £1.3bn on a top-down reorganisation that wasn’t in his manifesto?

The Labour leader has also criticised the government’s most recent budget for focusing on academisation rather than the shortage of teachers, the school place crisis, and ballooning class sizes.

The government must listen to professionals

In Finland, which has been referred to by the Independent as “the by-word for a successful education system”, teachers are well paid and highly educated. They are also given autonomy as educational experts to teach as they see fit, and are free from inspections, standardised tests, and government interference. And this system gets results.

The current British government, meanwhile, is stubbornly ignoring education experts and ignoring what has worked elsewhere in the world by pushing ahead with its unevidenced policy of forced academisation. It has also come under fire from experts (like the National Foundation for Educational Research and the Local Government Association) for the lack of accountability at academies and the lack of evidence for claims of improved performance.

The government’s unreasonable and unpopular commitment to academisation is now likely to lead the National Union of Teachers (NUT) to take strike action. To prevent this, it must stop acting as if it knows best and listen instead to the concerns of teaching professionals. The future of our children depends on it.

See the full exchange between Corbyn and Cameron at PMQs here:

– Write to David Cameron to ask him to provide all of the “clear evidence” he claims to have on the merits of wholesale academisation. If he fails to present this, ask him to commission a public inquiry – as called for in the petition mentioned earlier in this article.